How do you summarize a fabled life? Using words, obviously — but for some, even the most beautifully-crafted sentences aren’t enough. Aaliyah is one of those people where words don’t do her or her legacy justice, so that’s where the music comes in. Unfortunately, most of her music was lost to time as we transitioned from CDs and MP3s to streaming, which made her hard to reach for an entire generation of fans.

For those who used her music as the soundtrack to their joys and heartbreaks, “baby girl, better known as Aaliyah,” is a clarion call just as powerful as a Sunday hymnal. Today (August 20th), after years of pleading, a younger audience finally gets to hear precisely why the artist born Aaliyah Dana Haughton was, and remains, a huge deal for millions of people around the world.

It all starts with her sophomore album, One in a Million.

As One in a Million celebrates its 25th anniversary, it bears repeating that Aaliyah not only successfully won a game of dodgeball with the dreaded sophomore jinx, but she completely reinvented herself. Her debut, Age Ain’t Nothing but a Number, was an excellent freshman entry from a young singer built around less than ideal circumstances.

As a refresher, Aaliyah’s first album was produced entirely by R. Kelly. A loud rumor rang from playgrounds to boardrooms that the then-15-year-old singer married her 27-year-old producer and mentor. Rumor became fact, controversy ensued, and Aaliyah distanced herself from Kelly and the sound that made her famous.

Even without that drama, going in a completely new direction for your second album is risky as hell. Alienating fans is generally frowned upon while hoping their growth mirrors your own is a big gamble. Aaliyah made these decisions before she was old enough to drink or vote, while relying on an unknown producer to carry the bulk of the album. It’s stressful just reading that sentence, so one can’t imagine how it felt living it at the time. But maybe that’s a benefit of being so young at the time and not knowing what you don’t know.

Aaliyah took risks and, as a result, redefined R&B for the next decade. Her first and most important leap of faith was relying on two people out of Virginia Beach to write and produce the bulk of the album’s 17 songs; Timbaland and Missy Elliot were the muses Aaliyah never knew she needed. Timbaland produced beats that sounded like nothing else at the time or even today, while Missy is just now getting flowers for her songwriting abilities.

“One in a Million” came out during a time of samples and soulful grooves. This was the era of “You’re Making Me High,” “Twisted,” and “Lady.” No diss to any of these tracks, but they’re familiar to audiences. Timbaland went away from production orthodoxy using harder-hitting snares, no samples, and crickets. Yes, actual crickets.

Aaliyah’s producer saw music in everything, and used every resource he had to create something new. More importantly, he found a sound that fits perfectly with Aaliyah’s vocal tone and vibe. That, combined with Missy’s lyrical gift, made music still echoed today. Aaliyah, Missy, and Timbaland didn’t just make love ballads or easy listening jams; the trio took Aaliyah from the radio to the clubs. In essence, the sound and new creative team took her from being a girl to the cusp of womanhood.

One in a Million presented the image of Aaliyah that never left the minds of her fans. She dressed like them. She talked like them and went through the same things they went through. Unlike Mary J. Blige before her, whose heartaches came wrapped in tragedy, Aaliyah’s struggles were no different than an average teenager’s.

Whether it was dealing with guys who should know better with “If Your Girl Only Knew,” sending her crush a love note with “4 Page Letter,” or being all in her feelings on “The One I Gave My Heart To,” her fans felt her because she was one of them, and that goes a long way when it comes to making an eternal connection.

Aaliyah kept it real way before Twitter, Instagram, or TikTok, and listeners hung on with every note she belted. For someone who wanted her privacy and didn’t talk much about her personal life, it’s remarkable how much people felt they knew her.

Each song on One in a Million has the conviction of someone who lived every word and felt those emotions. Aaliyah’s second album cemented her as a big sister, a best friend, a homegirl, and a schoolboy crush all in one fail swoop. As the R&B stars of the past either faded into the background or left their audience, Aaliyah filled the void. “Baby girl” became more than the voice of a generation; she was its heartbeat.

That love and passion became fuel for the campaign to release her best music to anyone without a CD player or cassette player. Fans wanted accessibility to her catalog and a way to ensure she’s passed down from one generation to the next. Ease of access is why Prince, Whitney Houston, Marvin Gaye, and Aretha Franklin lived on years after their deaths. It also ensures that living artists who aren’t as relevant as they used to never entirely go out of style.

For some, Aaliyah’s life was characterized by her marrying R. Kelly, her untimely death a few weeks before 9/11, and after — for those who care for the industry side of it — the controversy surrounding her catalog. They never got the chance to witness her true power, and there was no simple way for them to experience her greatness.

Thankfully, that’s no longer the case. With more of her content available for the world to hear, hopefully, we can finally fill in the blanks between 1994 and 2001. Aaliyah accomplished in seven years what some singers never achieve in thirty. For that, she really was one in a million.

One in a Million Artwork: 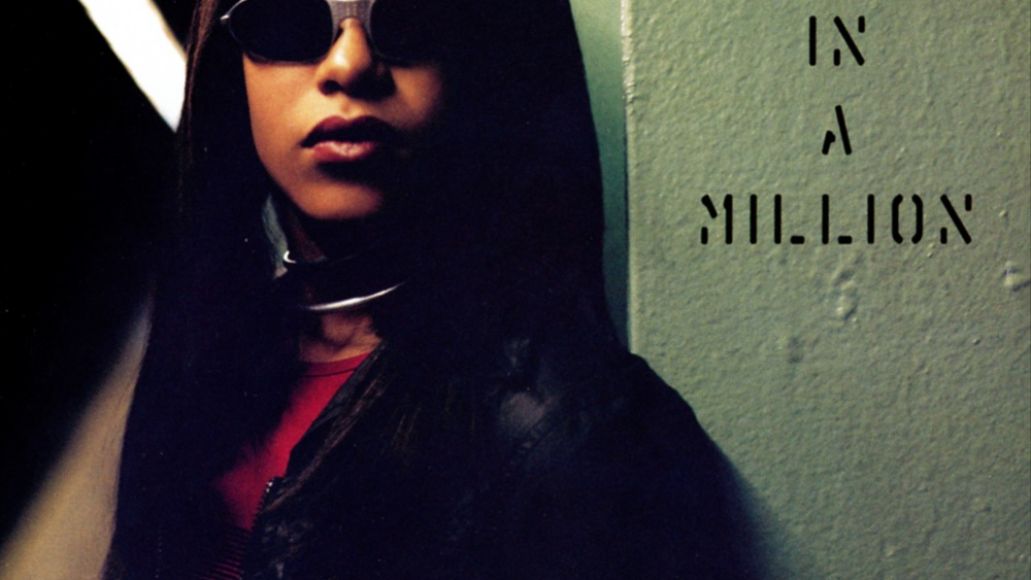 As One in a Million Hits Streaming Services, A Reminder of Why Aaliyah Was Special -- And Why She’s Still Loved