Editor’s Note: Pearl Jam released their debut album Ten on this day 30 years ago. Read Jordan Blum’s retrospective essay below, and check out the latest season of The Opus for an even deeper dive into the making and legacy of Ten.

In a 2009 chat with the UK’s Daily Record, former Pearl Jam and Soundgarden drummer Matt Cameron humbly commented that Ten has “stood the test of time.” That’s quite an understatement, to say the least. Released on August 27th, 1991 (a mere month before both Nirvana’s Nevermind and Soundgarden’s Badmotorfinger), it was born from the ashes of several other projects. But with its simultaneously vintage and modern songwriting and performances, it helped refine and popularize the then-burgeoning genre of grunge.

Thirty years on, the record still reigns as not only Pearl Jam’s finest collection, but also as one of the most successful and admirable debut rock albums ever.

Considering what a creative and commercial behemoth Ten became, it’s fascinating to learn that it arose from such shaky yet serendipitous beginnings. Long story short, bassist Jeff Ament and rhythm guitarist Stone Gossard spent the second half of the 1980s in various local ensembles, such as Green River and Mother Love Bone. Just as the latter act was about to release their first LP, Apple, in March 1990, vocalist Andrew Wood succumbed to a heroin overdose. Upset over the death of their friend and the disbandment of Mother Love Bone (alongside Apple being postponed to July of that year), Ament and Gossard kept hanging out, but were unsure if they’d continue making music together.

Luckily, Gossard ended up spending the next few months working on heavier material, while jamming with lead guitarist Mike McCready (ex-Shadow), who encouraged Gossard to bring Ament into their circle. Before long, the trio assembled an instrumental five-song compilation — Stone Gossard Demos ‘91 — with help from Cameron. They gave the tape to former Red Hot Chili Peppers drummer Jack Irons in the hopes that he could help them find a permanent drummer and vocalist. Soon after, percussionist Dave Krusen filled the former role, with frontman duties going to a gas station attendant named Eddie Vedder.

Vedder had already been singing with alternative/funk rock band Bad Radio when he received the demos. One day, he decided to listen to the tape before surfing; with a mixture of sleep-deprivation and a need to start “dealing with a few [troubling] things,” he also chose to write lyrics for three pieces that culminated in a somewhat autobiographical (yet also Oedipal) “mini-opera” called Momma-Son: “Dollar Short” (which became “Alive”), “Agytian Crave” (which became “Once”), and “Footsteps” (which became one of two B-sides to 1992’s “Jeremy” single). Upon hearing how Vedder’s vocal and lyrical magic enhanced their compositions, the rest of the band knew that they had their ideal singer.

Now an official quintet, the group initially called themselves Mookie Blaylock in honor of the famed NBA player; however, signing to Epic Records prompted them to change their name to Pearl Jam while still honoring the athlete by titling their studio debut after his jersey number. After testing out their chemistry — and reuniting with Cameron — for Chris Cornell’s one-off Temple of the Dog project, they quickly set out to complete Ten during the first quarter of 1991.

Because they already had a few songs penned by this point, the rest of the tracks were written swiftly and effortlessly, with the overarching theme comprising several forms of physical and mental harm. As alluded to above, Vedder’s songwriting tapped into both internal and external grievances, and while their sound definitely overlapped with the grunginess of peers like Alice in Chains, Nirvana, and Soundgarden, Pearl Jam’s luscious and explorative classic rock aesthetic instantly made them stand out from the pack.

Between March and April, they recorded at London Bridge Studios in Seattle, WA, with Temple of the Dog co-producer Rick Parashar returning. Like George Martin’s role with the Beatles, Parashar also contributed new instrumentation and vocal harmonies, as well as co-wrote the collection’s linking prologue and epilogue (“Master” and “Slave,” respectively) to give Ten a sturdier sense of conceptual continuity.

Outside of fan-favorite “Even Flow” — which took upwards of 70 takes to nail — they finished the album with ease. Sadly, Krusen left once they were done due to his increasingly problematic alcoholism (“They gave me many chances, but I couldn’t get it together,” he later confessed). Nevertheless, Pearl Jam carried on getting Ten ready for release, with its iconic cover featuring the troupe standing united against Ament’s wood cut-out of their name.

It was a slow seller at first, but with the help of a few music videos (particularly, Mark Pellington’s award-winning take on “Jeremy”) and an exhaustive international touring cycle alongside Nirvana, the Red Hot Chili Peppers, Soundgarden, and Ministry — among other means of promotion — Ten skyrocketed in the charts by the end of 1992. Over the next two decades, it became one of the best-selling rock albums of all time, and while some publications weren’t initially impressed, most critics immediately recognized Ten’s quality and impact.

Unsurprisingly, the LP is just as stimulating, confident, moving, and ageless today, coming across like a Best of record more than an introductory effort. Of course, its first half is probably more revered than its second, kicking off with the rambunctiously catchy, dynamic, and retro “Once” before launching into their Hendrix-esque ode to homelessness, “Even Flow.” Afterward, “Alive” — which became Pearl Jam’s superlative anthem despite being written about something much darker and more personal — bursts with electrifying guitarwork and rhythms prior to “Why Go”’s affectively harsh condemnation of psychiatric hospitals. It’s an irresistibly feisty and melodic first batch of tunes.

Then there’s the one-two punch of “Black” and “Jeremy,” two of the most compelling and lingering rock songs ever written. The first is an increasingly passionate tale of lovelorn longing, where instrumental eloquence and fervor blossom with a sense of beautiful tragedy equal to Vedder’s corresponding outcries and murmurs. Few other artists in the genre have captured heartbreak with such a wise and polished blend of intensity and fragility. Even more prophetic and immaculate is “Jeremy,” a harrowing tale of adolescent bullying, neglect, and self-harm — inspired by two real-life incidents — with an expertly-crafted synthesis of regretful storytelling and cautionary songwriting that’s only become more disturbingly relevant in recent years.

Although the second half isn’t quite as venerable, it’s still full of classic material. Namely, “Oceans,” an ambitiously theatrical and slightly psychedelic acoustic dirge that’s famously complemented by a fire extinguisher and a pepper shaker (courtesy of mixer Tim Palmer). Later, “Garden” soars with hypnotic guitar licks, solemn verses, and empowering chorus, all of which are made more distinctive and praiseworthy because of the vibrantly riotous tunes that bookend them, “Porch” and “Deep.” As for “Release,” it arose from a jam and closes the LP on a purposefully meditative yet proud note, making it a superb way to cap off the journey.

Thirty years later, Ten remains a rock masterpiece. Like many of the greatest creative works, it challenged its contemporaries to aim for higher artistry and deeper resonance, mixing vintage and contemporary techniques while delving into poignant examinations of both personal and universal hardships. The fact that it was created so fortuitously and quickly makes it all the more remarkable, and despite Pearl Jam — and grunge in total — continuing to release noteworthy albums, nothing that came before or after ever topped Ten’s triumphs. 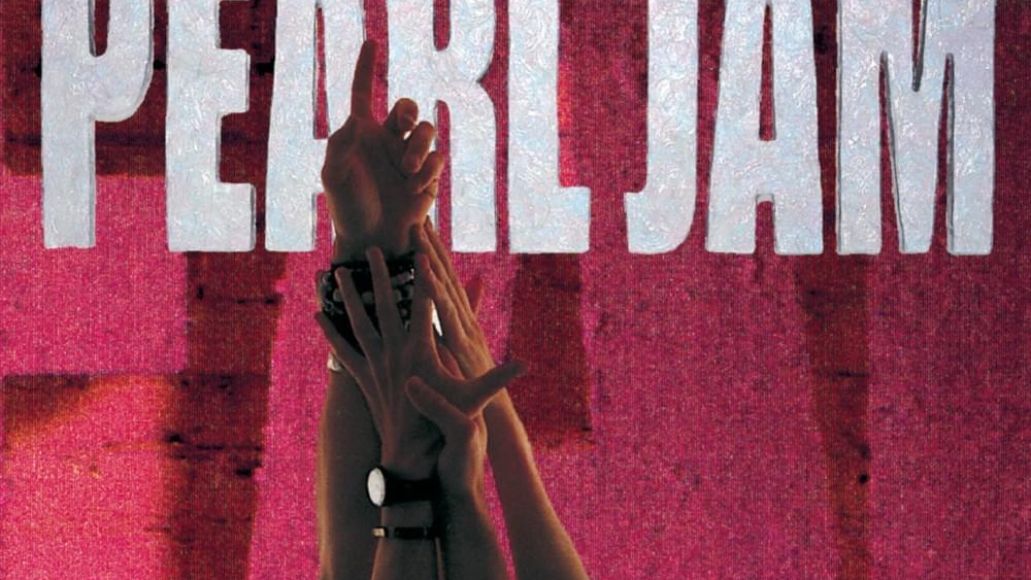