Nephi, Utah is just one of the litany of small towns dotting the length of Utah’s I-15. Named after a primary character in the Book of Mormon and with a population hovering just under 6,000, it’s the kind of place most travelers drive right past without a second thought on their way from Salt Lake City to the red rocks and national parks beckoning from Southern Utah, or just a bit further to Las Vegas — the city that birthed The Killers twenty years ago. And while Brandon Flowers and his bandmates claim Sin City as their point of origin, the frontman actually spent his most formative years growing up in Nephi.

This factoid is a necessary piece of Flowers’ history to know before diving into The Killers’ seventh studio effort (released today), as Pressure Machine is a concept album of sorts — with Nephi serving as both the setting and a central character to the folklorian tales the band lays bare across its 11 tracks.

These aren’t Flowers’ autobiographical narratives, however. They’re the myth-making stories of the town’s other residents, many of whom can be heard in brief interview snippets bookending many of the songs in soundbyte. (To get unbiased perspectives from locals, the band enlisted an NPR journalist to ask questions, collect answers, and make conversation with residents who may have been more starry-eyed if approached by the town’s most famous alum, as Flowers and drummer Ronnie Vannucci Jr. discussed in their a interview with Consequence.)

Nephi is a well of inspiration Flowers has certainly drawn from before, most notably on “This River is Wild” from the band’s 2006 sophomore LP Sam’s Town. In fact, his relationship to the town was something he even addressed while introducing the song at the Salt Lake City stop of the band’s Wonderful Wonderful World Tour back in February 2018.

“This song is about the small town I grew up in: Nephi, Utah,” the frontman told the sold-out crowd at Vivint Smarthome Arena that night. “However, I bust my ass on these stages every night to make sure I don’t ever set foot there again…It’s a song about yearning for a little more than what was being offered in Nephi, Utah in 1996. But maybe there’s nothing wrong with Nephi after all. Maybe there’s something wrong with me. Because fast forward 20 years, I’m still chasing it, I’m still hungry, and I’m still on tour.”

The many narratives of Pressure Machine all find common thematic ground in the twin pillars of religion and addiction. Though Utah’s dominant religion of Mormonism is never mentioned explicitly by name, every song is rife with godly lyrical references — from Flowers’ very first lines on opener “West Hills” (“I was born right here in Zion/ God’s own son/ His Holy Ghost stories and bloodshed/ Never scared me none”) to the mentions of a higher powers, raising the dead, and the eternal quest of creating the kingdom of God on earth on character study “Cody” and the lilting title track.

Just as crushing as the cultural expectations of religion in these songs is the devastating impact America’s opioid crisis has had on towns like Nephi, with an undertow of death, tragedy, and a jaded loss of innocence coursing through highlights likes the harmonica-laden “Quiet Town” and Phoebe Bridgers collab “Runaway Horses.”

The LP’s subdued sonic texture, too, is a marked departure from the signature Killers sound fans have come to expect over the past twenty years on hits like “When You Were Young” and “Human.” Gone is the bombast known to shake arenas and blow out speakers, replaced with quiet guitars and a heartland spirit to match the curdled small-town charm on display in each of the track’s lyrics.

The above-mentioned “Quiet Town” opens with an unnamed local discussing the dangers of the train that passes through each day on the Union Pacific Railroad. “Every two or three years the train kills somebody. Every two or three years, yep. Everybody knows about the train, OK? You hear it constantly. I think the train is a way to find your way out of this life if you get hit by it,” he concludes.

In sharp contrast, album closer “The Getting By” begins with a local mother extolling the virtues of Nephi’s “small town feeling” — the benefits of growing up in a place where kids can ride their dirt bikes practically off the front porch, or spend the day down at the local rodeo or hunting in the mountains in their backyard.

The stark, stoic songwriting coursing through Pressure Machine tells a much more layered story however, and by the time that same train can be heard approaching in the album’s final coda, it’s up to the listener to decide whether it’s a harbinger of impending doom or an altogether different way of finding your way out of life in a forgotten town. 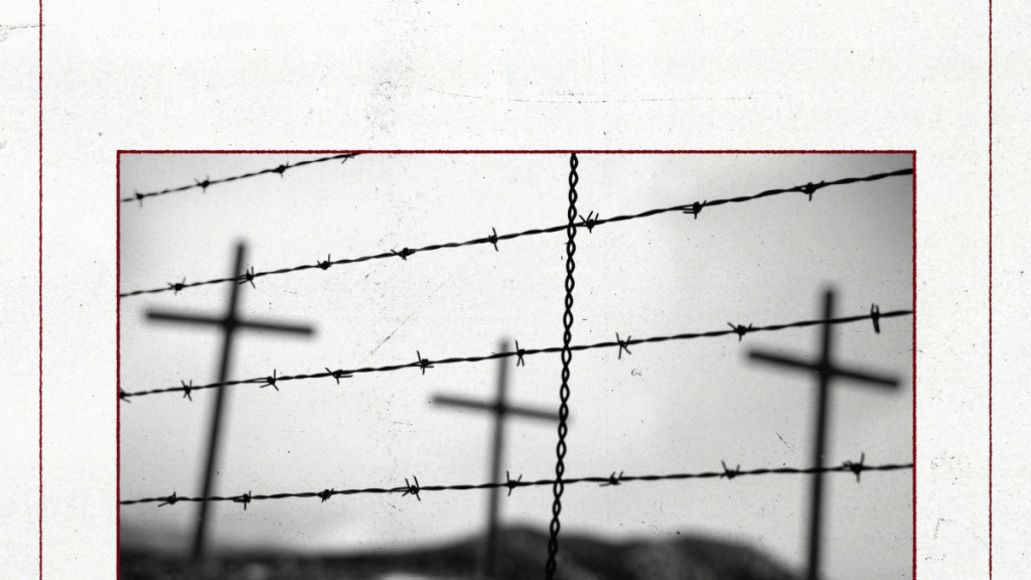 The Killers' Pressure Machine Is a Reflective Return to Brandon Flowers' Hometown: Review