Psycho Las Vegas 2021 has added Mastodon as a headlining act and unveiled set times for the weekend of August 20th-22nd.

The fest has had to make some last-minute adjustments to its lineup due to pandemic-related travel restrictions preventing overseas acts from making it to the US. Many international metal bands have had to drop off, including Emperor, Mayhem, Satyricon, Watain, MGLA, and more.

Psycho Las Vegas also unveiled its set times times. The festival kicks off with a “Psyco Swim” kickoff party on Thursday (August 19th) headlined by Old Man Gloom and an acoustic performance by Scott “Wino” Weinrich (Saint Vitus, The Obsessed). Mastodon headlines the main stage on Friday; Danzig (performing Danzig II: The Lucifuge) on Saturday; and Down closes out Sunday with a full performance of NOLA.

General weekend passes are still available here, and according to an Instagram post, limited Psycho Swim and High Roller tickets have opened up. Pass holders can also still request a refund if they decide not to attend the festival. 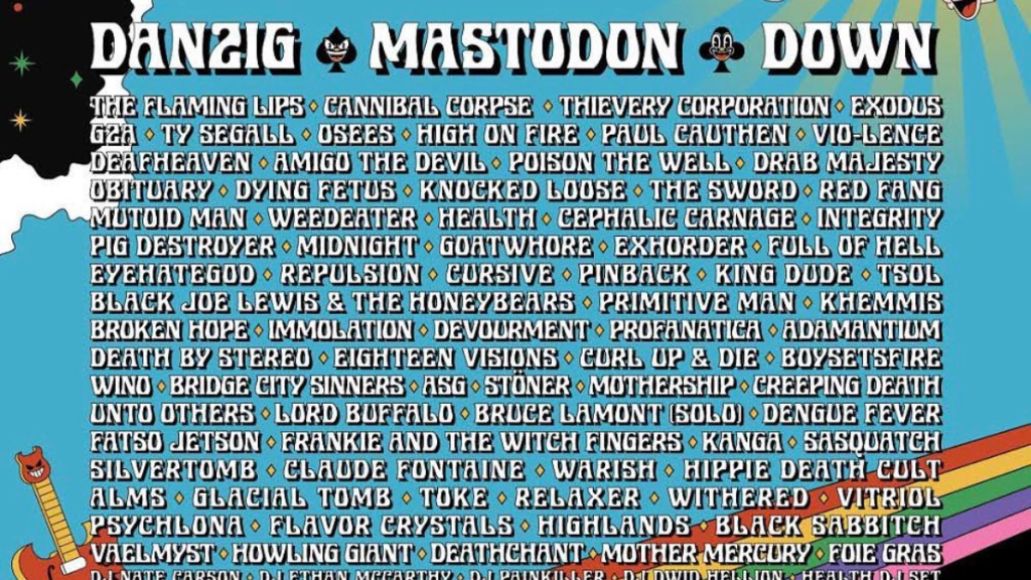 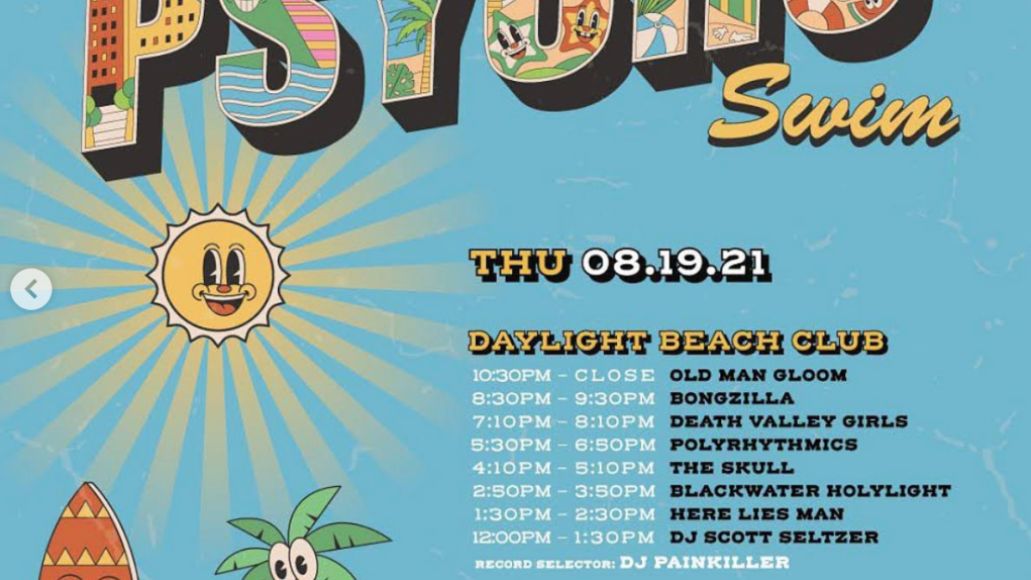 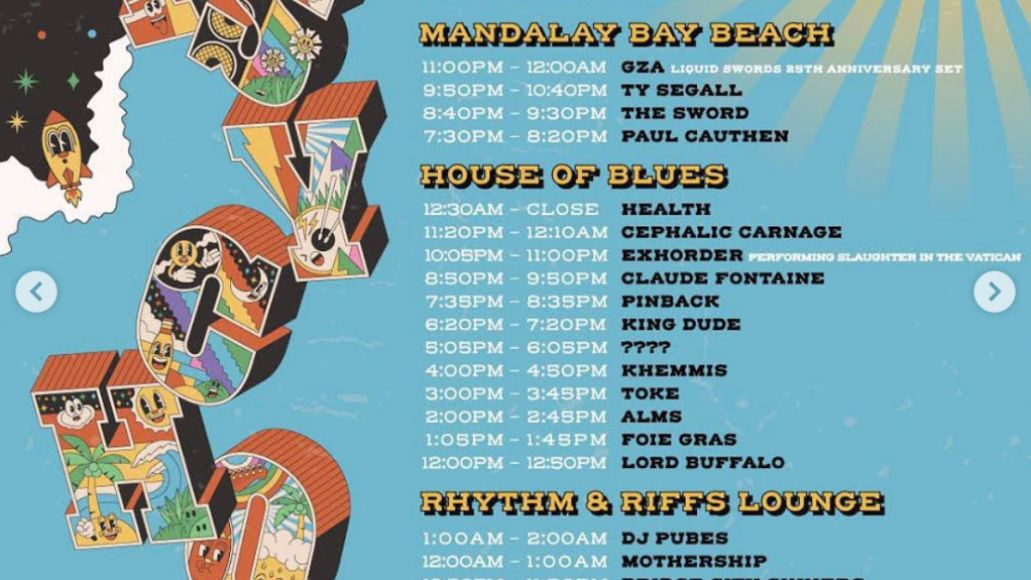 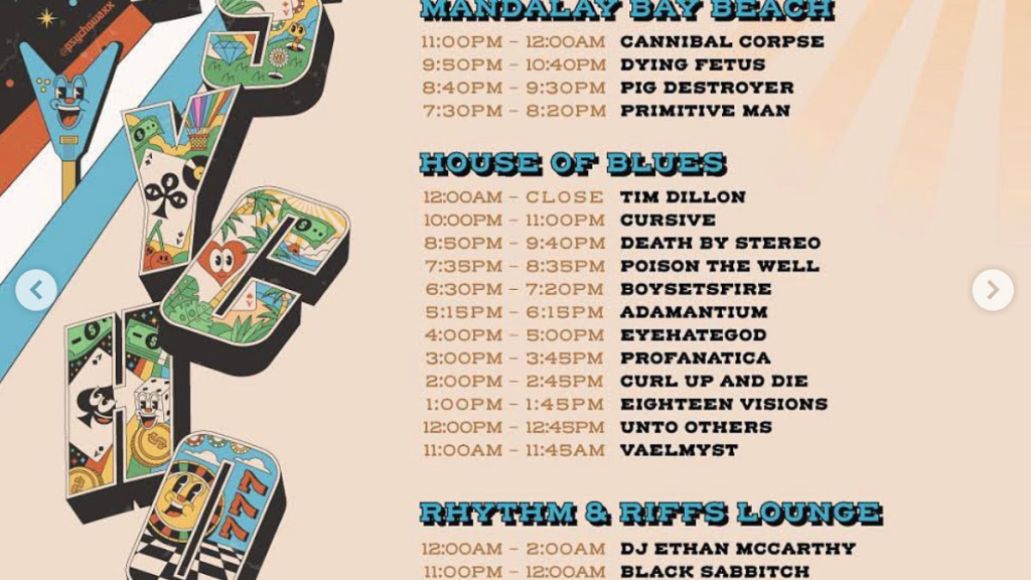 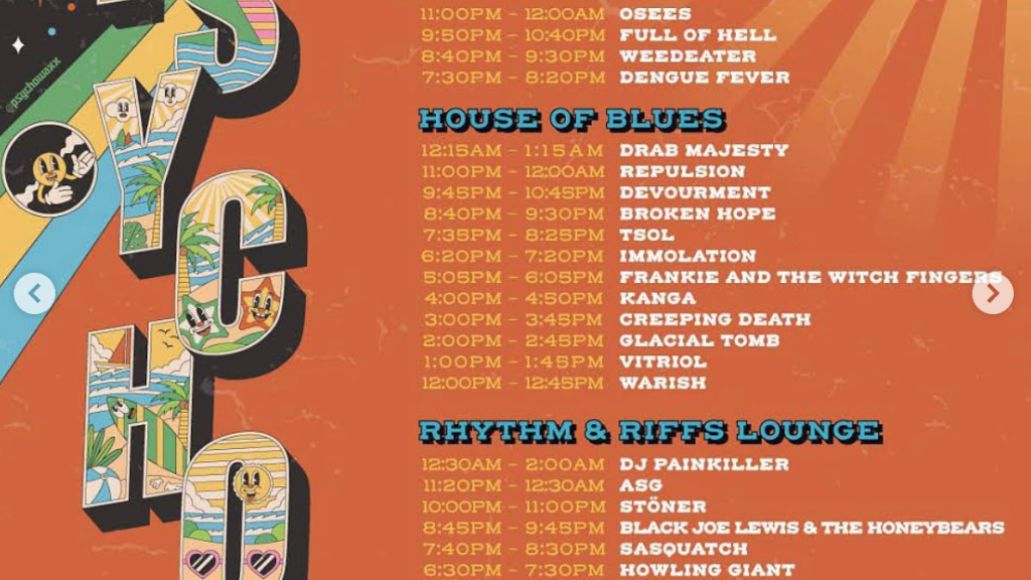 GWAR on Dave Grohl Almost Joining the Band: "He Was Holding Us Back"

Dave Grohl Seriously Considered Joining GWAR Back in the Day