Crate Digging is a recurring feature in which we take a deep dive into a genre and turn up several albums all music fans should know about. For this special edition of the series, we usher in Punk Week with a list of can’t-miss debut albums in the genre. And for a T-shirt every punk fan should own, check out our new “Punk Is Dead, Long Live Punk!” tee at the Consequence Shop.

You only make your first record once, and for most bands, there’s no guarantee they’ll be able to make a second. That’s why the best debut albums lay everything on the table and leave nothing to chance. Sometimes music is best made outside the spotlight, absent of any outside pressure to produce hit singles or play to type. When largely ignored by the eyes of the rest of the world, bands have infinite power to catch listeners by surprise. Sometimes they can change the world and the scores of bands, songs, and records that are made in their wake.

But while every genre boasts its share of incendiary debuts, a staggering number of punk bands have made indelible marks on the musical landscape with their first records. The music’s natural energy and aggression have always given punk an intoxicating if wayward allure, like a sugar rush for the ears. But there’s also a fearless, go-for-broke attitude that propels the genre’s best records, many of which were written by those relegated to society’s narrow margins.

From England to the US, legendary powerhouses to underground heroes, if you’re looking for the best punk debuts of all time, we’ve got you covered. The records outlined on this list span geography, era, color, and gender. They were crafted by people of different backgrounds set against different cultural backdrops. And yet they share some important commonalities, namely an indifference to rules and expectations and a bone-bred instinct to provoke and incite. 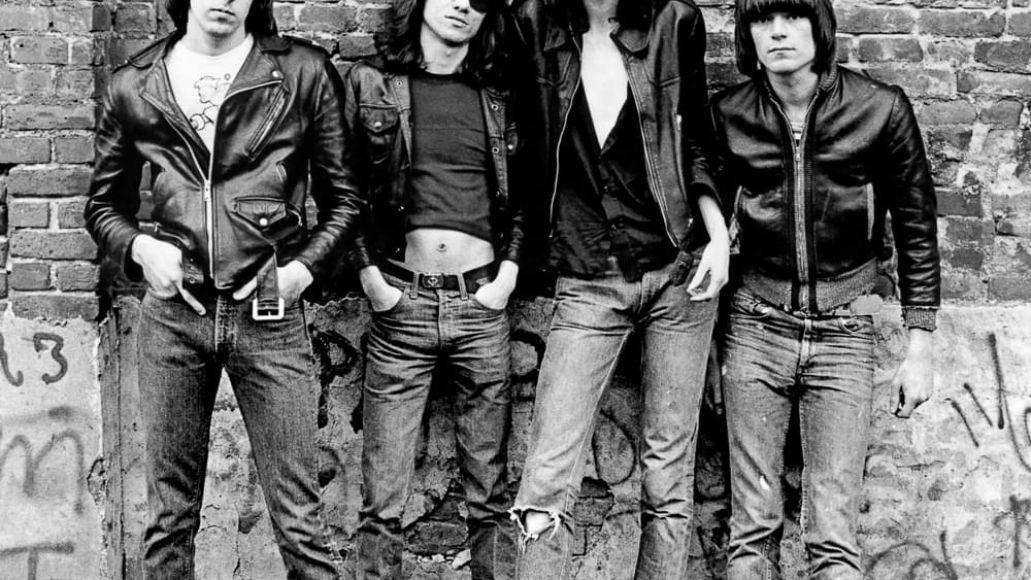 Those sparse three words more or less say everything about the incalculable influence of the Ramones’ 1976 debut, but when you stop to actually pick apart the record’s legacy, it’s all the more amazing. Ramones saw further into the future of popular music than just about anything produced before it, with noticeably few exceptions. Born at a time when big, glossy anthemic guitar rock was reaching an almost nauseating peak, four hoods from Forest Hills, Queens, set out to parse rock and roll down to its essence.

In doing so, Joey, Johnny, Tommy, and Dee Dee gave guitar rock the kick in the ass it desperately needed and birthed punk in the process. In many ways, much of what came before Ramones remained in the past, while almost everything that followed continues to owe an indelible debt to it. Pick a subgenre, be it goth, industrial, new wave, indie, or anything touching the spaces in between, and you can find this record’s grimy mitts all over it.

The only thing more wonderful about Ramones than the songs therein is how breathtakingly simple the formula for such wild reinvention was. The band took its love of bubblegum, girl groups, surf and ‘60s pop and made it louder and faster. Lyrically, the record bursts with an understated, almost base charm that perfectly compliments the simplicity of the music. Ramones isn’t just the record that kick-started the punk movement, it’s a reminder of how music’s biggest surprises can sometimes be birthed by the least likely of creative culprits.

Essential Track: Shiiiiit, just one? Listen to them all. — R.B. 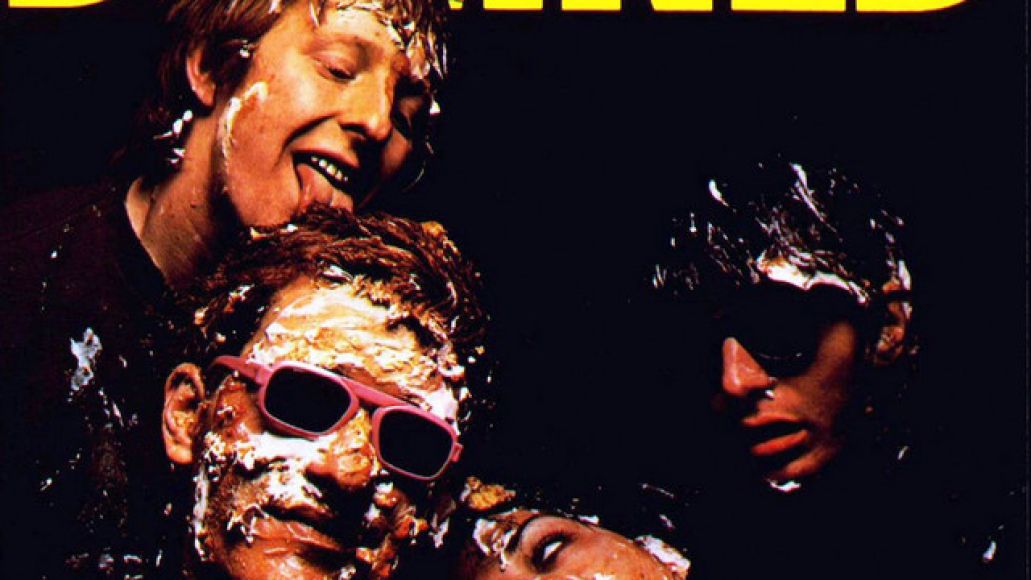 The Damned occupy a strange place in punk rock history. Its members were among the forefathers of the British punk scene, rubbing elbows with the likes of Malcolm McLaren (more on him in a moment) and future Pretenders frontwoman Chrissie Hynde. They scored some critical milestones, becoming the first British punk band to release a single, drop an album, and tour in the US. But the Damned’s legacy pales in comparison to that of their compatriots — neither as controversial as the Sex Pistols nor as political as The Clash. In fact, despite the Damned’s firsts, the history of punk might not be radically different without them.

This is not at all to say that Damned Damned Damned isn’t a great record, because it is. The Damned may not have been as influential to England’s punk movement as the Ramones were to America’s, but Damned Damned Damned hits all the same beats as Ramones: breakneck tempos, buzzsaw guitars, pummelling drums, howled vocals. It’s just a simple, no-nonsense rock ‘n’ roll thrill ride that doesn’t let up for half an hour. So if this is the first you’ve heard of The Damned, take our word for it: Put Damned Damned Damned on in the morning and it’ll wake you up faster than a cup of coffee.

Essential Track: Forty-five years later, the Damned’s “New Rose” is still as good as punk gets. Shedding rock’s bluesy roots as well as its proggy pretensions, it’s a tightly-coiled blast of a song that doesn’t feel as tied to its moment as, say, “Anarchy in the U.K.” or “London Calling.” Strange as this may be to say, “New Rose” almost sounds closer to Green Day and blink-182’s pop punk than its contemporaries. — Jacob Nierenberg 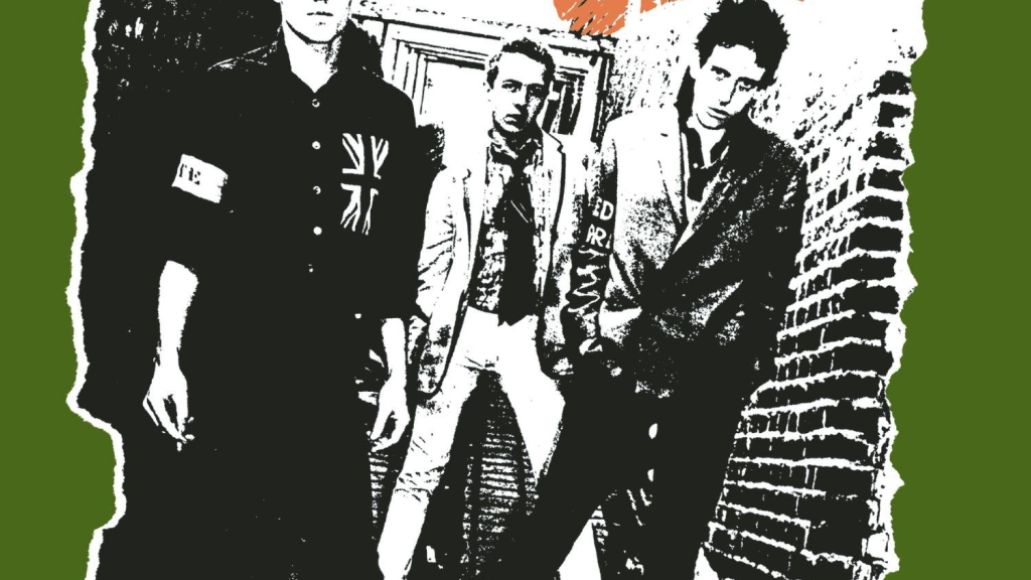 Given how their later albums dabbled in reggae, funk, and even hip-hop, it feels reductive to call The Clash just a punk band. If they ever could be called just that, it was on their first outing, arguably the finest punk record of 1977. Frontman Joe Strummer and lead guitarist Mick Jones were as tight a songwriting duo as Jagger and Richards or Page and Plant: Strummer sang about the political and economic issues roiling England in the 1970s, but it’s striking how many of his words remain relevant today, on either side of the Atlantic.

Songs like “White Riot” and “(White Man) in Hammersmith Palais” are loaded with social commentary, while “Remote Control” and its follow-up “Complete Control” offer pointed rebukes to big business and bureaucratic overseers, including The Clash’s own label. “I’m So Bored with the U.S.A.” is another standout, skewering American imperialism as well as the country’s affinity for cop dramas.

It would be another two years before The Clash received a stateside release — featuring several newer tracks and previous singles — and by that time, Strummer, Jones, and co. were well on their way to becoming “the Only Band That Matters.” But the strength of the songs and performances on their debut established The Clash as a band that mattered, right from the get-go.

Essential Track: The Clash features two of the band’s earliest flirtations with reggae: a cover of Junior Murvin’s “Police & Thieves” and the original “(White Man) in Hammersmith Palais.” The latter’s lyrics take aim at violence and economic inequality, and its fusion of Black and white music demonstrated The Clash’s willingness to color outside the restrictive lines that other punk bands had drawn for themselves. — J.N. 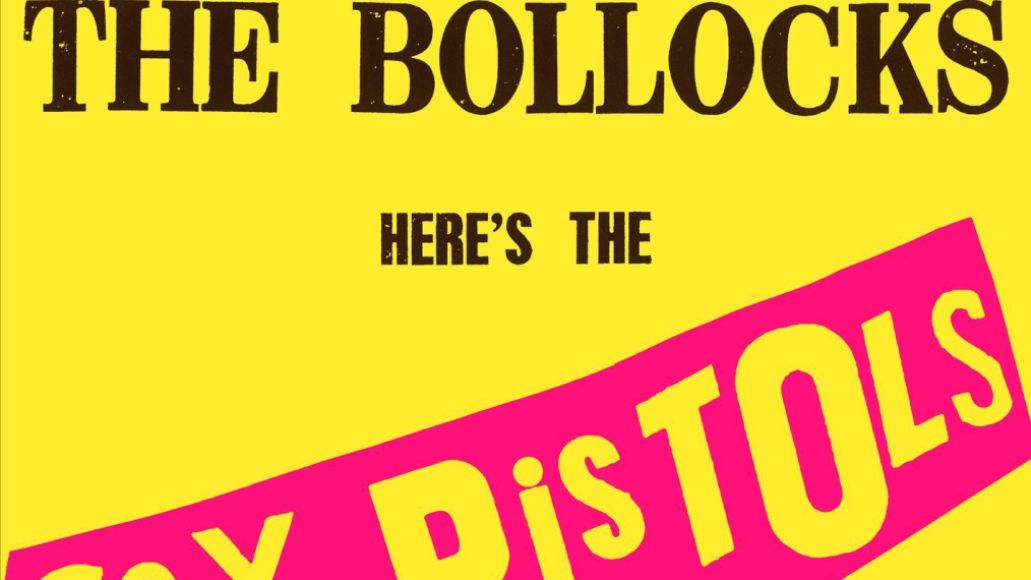 There are several reasons to consider revoking the Sex Pistols’ punk credentials. For starters, manager Malcolm McLaren — not long after running the New York Dolls into the ground — assembled a band from patrons of his London clothing store, SEX, seeking to emulate the sound and style of the Ramones and Richard Hell.

The Clash’s debut, released several months before the Sex Pistols’, took aim at all kinds of social and political ills; beyond its two most notorious songs, Never Mind the Bollocks just doesn’t have as much to say, its bad attitude and bad words coming off as more posturing than profound. And then there’s Johnny Rotten, who’s spent his post-Pistols years hawking butter, appearing on reality TV, and embracing Trumpism. If there’s anything less punk than selling out, it’s wearing a goddamn MAGA shirt.

And yet, we couldn’t not put the Sex Pistols on our list. Leaving Never Mind the Bollocks out of an overview of punk rock would be like leaving Tim Burton’s Batman out of an overview of comic book movies: It’s neither the first nor the best artifact of its era, but it’s almost certainly the most recognizable, the one that’s credited with starting a movement.

Never Mind the Bollocks would soon be followed by debut albums from the Buzzcocks, The Fall, and Joy Division, and 14 years after its release, Kurt Cobain — who once claimed that the Sex Pistols were “one million times more important than The Clash” — would swipe its title for Nirvana’s landmark Nevermind. At the time, Never Mind the Bollocks was lauded for the way it cut through the bullshit of highfalutin progressive rock and flacid hippie (counter)culture. Listening to it now, it’s a testament to its own enduring power for the way it cuts through the Sex Pistols’ own bullshit.

Essential Track: You’re no doubt already familiar with “God Save the Queen” and “Anarchy in the U.K.,” so let’s instead go with “Holidays in the Sun.” Johnny Rotten’s idea of a relaxing vacation begins with the sound of marching jackboots and peaks with his paranoid sputtering about climbing over the Berlin Wall, while guitarist Steve Jones’ chaotic power chords slash like switchblades. — J.N. 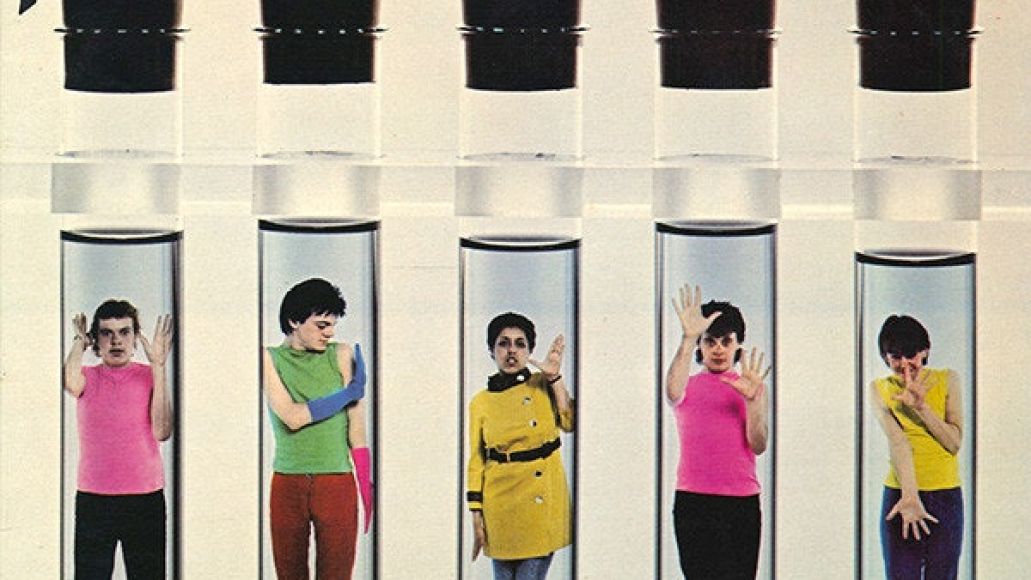 X-Ray Spex were pushing up against punk rock’s boundaries even as the then-nascent genre was still trying to define itself. Germfree Adolescents, the English band’s lone offering, is a snotty, insubordinate kick, meshing punk, new wave, and a soulful one-horn sax section for one of the most accessible records of punk rock’s first wave.

Led by frontwoman Poly Styrene, who eviscerated the status quo to make room for both women and people of color in an early punk scene that was quickly shaping up to be predominately white and male, Germfree Adolescents is a smart, angry and infectious collection of songs. Its targets are many, but Styrene takes most pointed aim at mindless consumerism and the disingenuity of modern living. You don’t have to dig too far beneath the surface to get to the bottom of songs like “I Am a Poseur” and “Art-I-Ficial.”

But the Spex don’t let their anger submerge the record. At its heart, Germfree Adolescents is blisteringly catchy and loads of raucous fun. Even when taking pointed shots at the prefab world around them, the band left behind a record’s worth of solid jams destined to move your feet. The X-Ray Spex were unfortunately short lived, but their lone masterstroke still looms large in the punk rock canon.