The Pitch: It’s the (all too near) future, and rising sea levels (and the ensuing border wars) have left coastal cities like Miami half-underwater, with the rich holed up in dammed enclaves while the poor scramble for scraps and survival. With the world crumbling around them, people take refuge in memories, with the aid of sophisticated memory machines that allow people to live out their most cherished moments from their past.

One such machine belongs to ex-soldier-turned-private eye Nick Bannister (Hugh Jackman), who runs a business offering “reminiscences” for people wanting to revisit a lost love or find a set of keys — and offers aid to the local cops who want to get answers out of their suspects.

His whole world changes when he meets, then loses, Mae (Rebecca Ferguson) — a mercurial femme fatale who strikes up a relationship with him, only to disappear for months without warning. Driven to obsession, he pores over her memories and his, looking for answers as to her whereabouts. But his personal obsessions will lead him down a rabbit hole of crime, drugs, and deceit, one which will shake the foundations of a society already crumbling from literal and economic erosion. (Think Chinatown-meets-Inception.)

You’re Going on a Journey: It’s hard not to view Reminiscence within the context of its author, writer/director Lisa Joy, who co-created HBO’s Westworld along with husband Jonathan Nolan. Glance at any corner of the frame — from its slickly-futuristic technologies to its ruminations on memory, time and identity to some of its cast — and the film feels very much like a continuation of Joy’s pet concerns.

Much like that show, the world is divided into the haves and have-nots, cycles of exploitation exaggerated by retro-futuristic technology. And within those ruinous climates, people struggle to discover (or rediscover) themselves, changing and reinventing as needed. 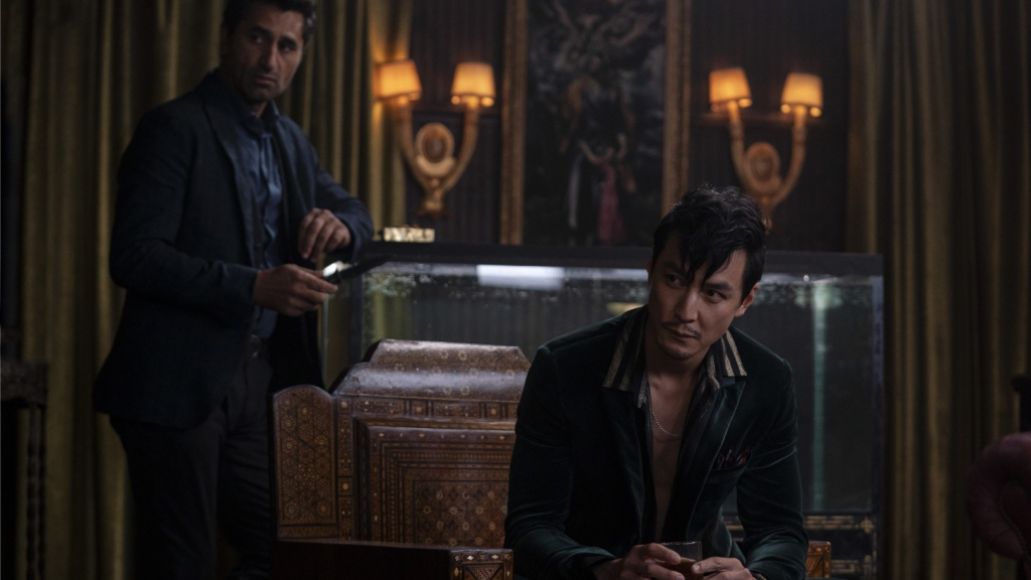 Admittedly, the worldbuilding is very much on point, Joy’s script effortlessly painting a vivid (if somewhat derivative) portrait of a world on the brink of collapse. People travel from place to place by motorboats, makeshift docks connecting homes that are now half-underwater. Jackman spends the whole thing wading through ankle-deep water, even on empty city streets, his metaphorical floundering made enticingly literal.

Paul Cameron’s cinematography is appropriately textured and grim, a desaturated haze of concrete buildings and broken-down offices, as if the world has had its life drained from it. Westworld composer Ramin Djawadi’s score is appropriately moody, with clanging guitars melding into droning synths to reflect the way Howard Cummings’ production design blends the 1940s with the 2040s.

Treading Water: But for all of Reminiscence‘s conceptual eerieness, there’s a whole lot about Reminiscence that just doesn’t coalesce. In tune with Westworld‘s emphasis on theme over character, the characters here are two-dimensional, as translucent as the holographic memory-selves they see on Bannister’s machine (rendered by a series of dreamlike threads that project a realistic image for the viewer). Jackman’s the prototypical film noir gumshoe, a man haunted by his past and obsessively chasing the idea of a woman he once knew; but he plays him as a grumpy hulk whose love of arch noir voiceover extends even into his waking dialogue.

Ferguson, for her part, slinks and purrs with the best of them as a noir femme fatale, though her inherent nature as a cipher in Jackman’s memories makes her feel intangible in a way that feels disquieting. What’s more, the two have even less chemistry than they did in The Greatest Showman. The only folks really having fun here are Newton, saddled with the brusque sidekick/action-hero role before disappearing for the film’s latter stretch, and Daniel Wu, who makes a meal out of a deeply silly guest turn as an over-the-top Chinese drug kingpin, guns akimbo and all. 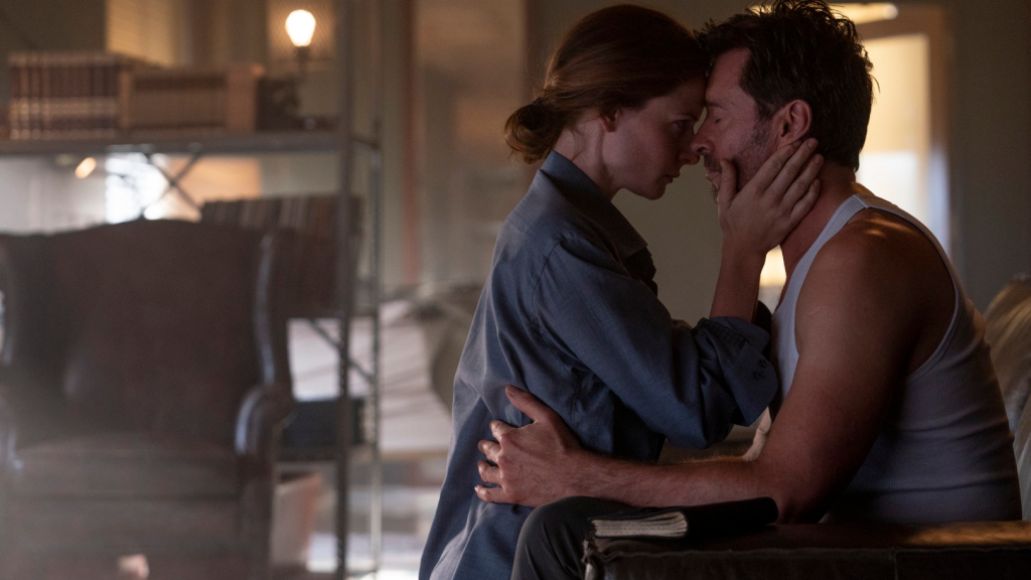 The helter-skelter nature of the script doesn’t do the performances any favors: It flits between dark romance to social satire to crime thriller to Mission: Impossible-level brawler at the blink of an eye, and the more action-heavy sequences don’t gel with the otherwise mournful patina of the piece. (They almost feel studio-mandated, as if Hugh Jackman can’t limp his way through a grim future chasing ghosts without having to leap from one building to another.)

Plus, there’s a hefty section of bloat, especially in the middle, as Bannister’s single-minded crusade gets a little too repetitive and one-note. It’s clear Joy wanted to transplant the “Forget it, Nick. It’s Chinatown” nihilism of film noir onto this piece, but not every component fits as organically as it should.

The Verdict: It’s rare to see non-IP related sci-fi tentpoles these days, and for that reason alone Reminiscence should be applauded. It’s a shame, then, that it can’t seem to make much of its dalliances with the trappings of film noir, and the script itself is more interested in didactically explaining its own premise than existing as a living organism from scene to scene. But then there are individual scenes that feel delightfully eerie and uncanny — like the delusional widow of a rich land baron who forces her employees (and son) to play-act the happiest day of her life over and over again, matching outfits and all.

When Joy lets us peek in these tiny, intriguing corners of her speculative world, Reminiscence comes alive the most. Otherwise, the rest of it fades like a memory you’d just as soon forget.

Where’s It Playing? Reminiscence claws into your memories as the water keeps rising in theaters and HBO Max August 20th.