The Pitch: When we first meet the quote-unquote “Reservation Dogs,” a tight-knit gang of four Indigenous teens growing up in northeast Oklahoma, they’re making off with a stolen spicy chip delivery truck. It’s a risky, exciting gamble — they relish the danger of it more than the profit potential, right down to not wearing seatbelts — that should take them closer to their goal: saving up enough money to move away to California. The rez, they posit, killed their close friend Daniel a year ago, and they want to take his spirit with them when they finally escape.

But amid the petty crimes and odd jobs they’ll take to scare up the scratch to leave, they’ll navigate the myriad pains everyone feels growing up, with the specific concerns and anxieties of Native American life — generational trauma, poverty, fetishization — stacked on top of it.

Cinematic Landback: It’s hardly controversial to say that Native Americans have been starved for compelling, realistic, and (to trot out a loaded phrase) authentic representation on either big or small screens. After decades of relegation to reductive villains in Westerns or noble savage archetypes, it’s only in the last few years that more inroads have been made for Indigenous talent and stories to get their time in the sun. In that respect, FX’s new series Reservation Dogs comes hot off the heels of works like Four Sheets to the Wind, Jeff Barneby’s Blood Quantum, and — most recently — Hulu’s Rutherford Falls, all Native stories made by Indigenous filmmakers. 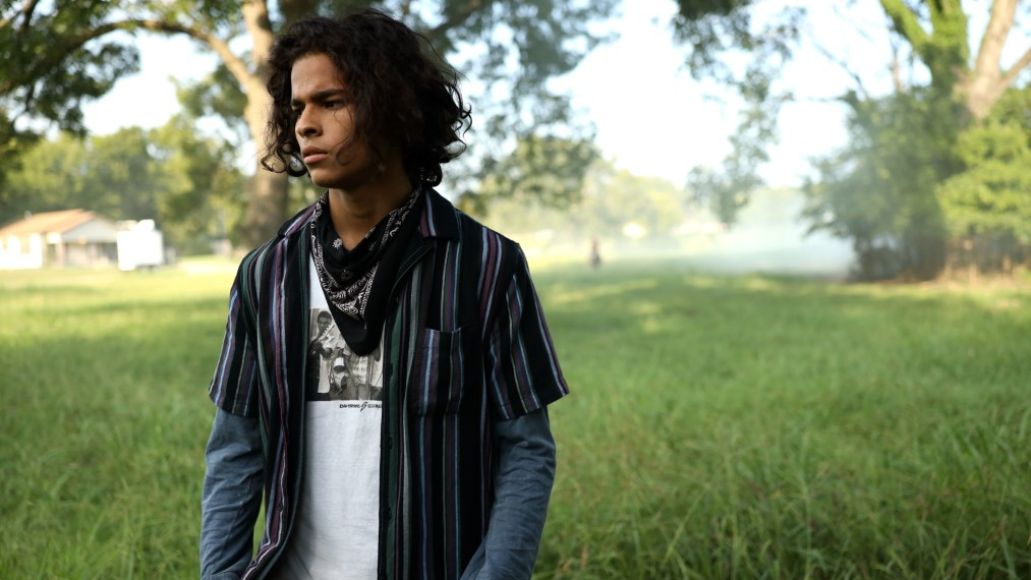 That level of representation is front and center in Reservation Dogs; the show (co-created by Taika Waititi and Sterlin Harjo, the latter of whom directed Four Sheets) features all-Indigenous director’s slates and writer’s rooms and was shot on location in Oklahoma. From the cast to the setting, there’s a clear, abiding sense of place that runs through the small community in which the show is set. There’s history and pain and struggle there, but it never lapses into poverty porn; at all times, Harjo, Waititi, and the rest of the cast and crew treat their characters with dignity and nuance, even as we laugh with/at them.

Breaking the Cycle: At first blush, there’s a bit of Trailer Park Boys in the DNA of Reservation Dogs, with its close, humorous look at a kind of closed-off, lower-class community with its own rules and sets of traditions. But rather than leaning headfirst into the laughs, Reservation Dogs affects a kind of melancholic idleness not unlike AMC’s late, great Lodge 49: These are all characters who dream of something better outside their environment, but also feel the pull of their families, neighbors, and (in the case of a few hilarious dream sequences featuring Dallas Goldtooth) ancestors.

It’s also exceedingly laidback, episodes centering on low-stakes scenarios like standing up to a rival gang or tapping a reclusive, weed-growing uncle (Gary Farmer) about how to fight. The gang wants to get out of town, but they’re not getting anywhere fast.

The latter feature prominently in the headspace of Bear (D’Pharoah Woon-A-Tai), the gang’s self-styled leader, desperate to be a warrior but stymied by bursts of humiliation and an absent father figure. He blusters to anyone who will listen after a fight that left his nose bloody that he “got a few good hits in,” and both looks up to/resents his absentee Native rapper father. His mother (Sarah Podemski) toils away at the understaffed Indian Health Service clinic in town but struggles herself to find love and stability. 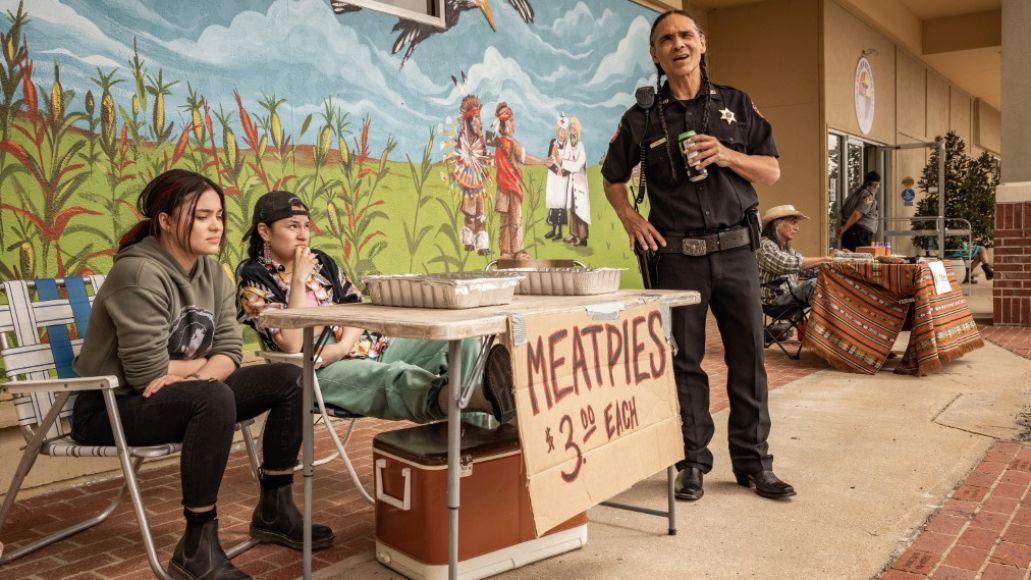 The other members of the gang get shorter shrift but are no less compelling: Willie Jack (Paulina Alexis) is the no-nonsense tough one, Elora (Devery Jacobs) keeps the gang centered, and Cheese (Lane Factor) is the quiet, more contemplative member of the crew. All of them get their moments to shine (especially with each other), and their chemistry together is palpable. But Cheese’s sojourn with an old woman at the IHS clinic, going along with her delusion that he’s her grandson, is particularly enlightening.

No Reservations: Surrounding them is a host of supporting characters, all of whom make the rez feel grounded in a sense of immediacy, even if their lives don’t move very fast. Native rappers Lil Mike and Funnybone appear as a pair of twin gangsters who roll up for a hilarious line or two every episode, and the always-great Zahn McClarnon mines a lot of laughs out of his no-nonsense sheriff. After seeing Bear get a soda from the vending machine, McClarnon warns him that sugar is “the white man’s bullet… invented to defeat us because they knew we had a sweet tooth.” What’s he getting? “Energy drink. It’s natural, because it’s made with energy.”

The Verdict: It’s certainly not my place to say whether Reservation Dogs is “authentic” to the Native or Indigenous experience — consult Indigenous critics who’ve covered the show for greater insight into that element of the series. But based on the four episodes provided for review, I can say that it’s a series that hums with heart, specificity, and a deep swell of love for its endearing cast of characters.

Even if you don’t know the first thing about backstraps, or why an episode would blur out the eyes of an owl while the gang averts their eyes, it’s still more than worth a watch. Hell, it might even be the reason you should tune in: these little touches make the show feel lived-in, but not exclusionary or romanticized. It’s funny without being a joke machine, and cares about its characters (and the all-too-underrepresented world it depicts) enough to take their concerns seriously.