A collection of classic sports cars owned by the late Rush drummer Neil Peart sold for $3.9 million at auction over the weekend.

The biggest prize was the 1970 Lamborghini, considered one of the world’s first “supercars.” It went for $1.325 million after being projected to top the million-dollar mark. Only Peart’s 1964 Aston Martin — his first classic car — failed to sell after not meeting its reserve price.

Peart had dubbed the collection his “silver surfers,” as he often drove them along the California coast.

“The title ‘Silver Surfers’ for my collection of cars occurred to me while driving the DB5 up and down the Pacific Ocean,” Peart wrote (via Gooding & Company). “Because it felt right to me, I guess – the idea that I was just one of the wave riders. I had moved from Toronto to Los Angeles in 2000 (cherchez la femme), and in search of natural peace I often drove out that way and up into the Santa Monica Mountains.”

Peart also noted how photogenic the cars were against the blue of the ocean.

“Out past Malibu to Ventura County, I’d weave along barren ridges of rock and vegetation, the ocean always on one big side,” he continued. “Some days would be misted by the marine layer, while other days the sun blared through a clear sky. The waves were slow and gentle, or churned out a powerful, rolling rhythm…

“It was during one of these drives when out of nowhere, it just occurred to me that the color of the ocean had influenced the silver palette of the collection. What other color looks as good in a blue photo? Not black, not white – silver. And a fortunate risk for the framers’ art, too: silver frames.”

Peart passed away on January 7, 2020 after a private battle with brain cancer. He’s widely recognized as one of the greatest rock drummers of all-time, penning much of Rush’s material. Alt-rockers Primus are currently paying tribute to Peart and company with a Rush tribute tour, playing the album A Farewell to Kings in its entirety. 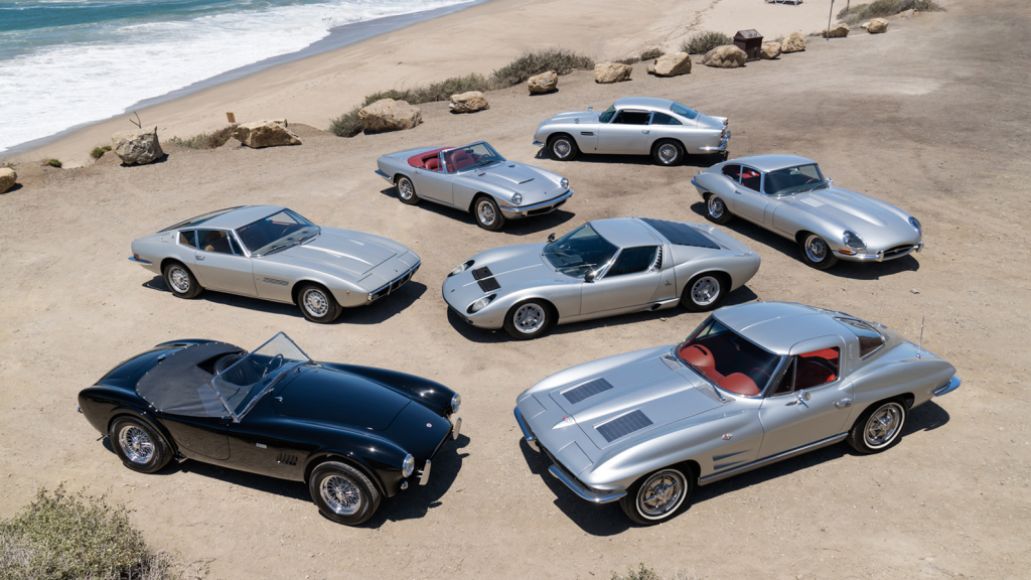