On “Liability,” one of the numerous highlights from her sophomore record Melodrama, Lorde offers a foreboding message to those who think her mere existence is excessive: “You’re all gonna watch me disappear into the sun.”

Four years later, the New Zealand phenomenon aims to follow through on that promise with Solar Power. A collection of luminous psych-pop, Lorde’s third album is a meditation on new adulthood cloaked in a sublime sheen that, at times, comes dangerously close to melting the wax of her wings.

Considering Lorde delights in self-references, it feels appropriate to do the same in analyses of Solar Power: On Melodrama’s “Perfect Places,” she proudly boasted “I’m 19 and I’m on fire. In 2021, however, things just aren’t quite so consequential: “Now I’m 22, and it’s starting to feel like all I know how to do is put on a suit and take it away,” she sings on “The Man With the Axe.”

For those born within a precise few years, Lorde’s music has acted as a perfectly-timed, unanimous coming-of-age soundtrack. But now that the goth-lite 16-year-old behind “Royals” is all grown up, how are we supposed to react when Solar Power doesn’t offer the same shimmering epics about how growing up sucks?

Nobody should expect Lorde to make two Melodramas in her lifetime, but it was clear from Solar Power’s lead single of the same name that this record, at least sonically, wasn’t even going to come close. Shedding her moody synth-pop origins, this album pulls from the sun-soaked bliss of Laurel Canyon mainstays, as well as the adult contemporary soft-rock boom that ushered in the turn of the century.

Solar Power is pleasant background music, an album you might default to beside the pool, but it ultimately lacks the cinematic grandeur that made tracks like “Green Light” or “Ribs” so deeply moving. Blink, and you just might miss those blips of poignance on the much more subtle Solar Power.

As Lorde so politely reminds us on “Stoned at the Nail Salon”: “All the music you loved at 16 you grow out of,” and to her, even her own music isn’t exempt from that rule. But where Melodrama dynamically shape-shifted between synth-pop smashes and tearjerking ballads, Solar Power feels more or less static, aside from a few moments like the coffee shop rump of “Secrets From a Girl (Who’s Seen it All)” or the tranquil, lullaby-like “Fallen Fruit.” Solar Power seems written with the intent to add a backdrop to your life’s experiences, while albums like Melodrama demand to be entire experiences in themselves. If we know Lorde at all, that’s entirely her point.

Lorde’s biggest strength has always been her lyrics. “The Man With the Axe” bears one of the album’s most compelling stories, directed at a conniving man who threatens to thwart its narrator’s plans for success: “I should’ve known when your favorite record was the same as my father’s, you’d take me down,” she sings, the type of line that feels both universally relatable and like it could’ve only come from Lorde’s mind.

But beyond its sun-soaked exterior, Solar Power is full of critiques on fame and the bourgeois, detailing Lorde’s disenchantment with red carpets, award shows, and proclamations of wealth. Sometimes, it’s quite literal, like on “California,” where she offers a bittersweet retrospective on the feeling of winning her first-ever Grammy: “Once upon a time in Hollywood when Carole called my name /I stood up, the room exploded, and I knew that’s it, I’ll never be the same.”

On “Big Star,” she subverts love song platitudes for an anthem about her late dog, Pearl: “I’m shy, but you like to say hello to total strangers.” On the admittedly satirical “Mood Ring,” Lorde makes wisecracks at the commodification of sacred rituals as wellness culture by the white elite: “You can burn sage, and I’ll cleanse the crystals,” she sings. “Let’s fly somewhere eastern, they’ll have what I need.”

But even when its depictions of wealth are tongue-in-cheek, it’s hard to gloss over the fact that Solar Power is hardly relatable at all. Many of her pop culture references feel clumsy: “Bye to the kids in the lines for the new Supreme,” she sings on “California”; “Don’t you think the early 2000s seem so far away?” goes a harrowing line of “Mood Ring.” When Lorde sings about the same topics she tries to distance herself from, like wealth and a whitewashed wellness culture, the connections feel disingenuous. (“Can you reach me? No, you can’t!” is surely meant somewhat literally).

Even if most of us would rather be like Lorde, prancing around a New Zealand beach stoned with our friends, it’s hard to shake the fact that much of Solar Power feels out of touch. There is a reason, though, why fans were on standby in the early months of the pandemic, half-seriously praying that a Lorde return would ease its severity. That obviously didn’t happen, but if Solar Power can offer one thing, it’s the gentle reminder that the sun will always come up again tomorrow. Lorde knows that sometimes that fact alone can be enough. 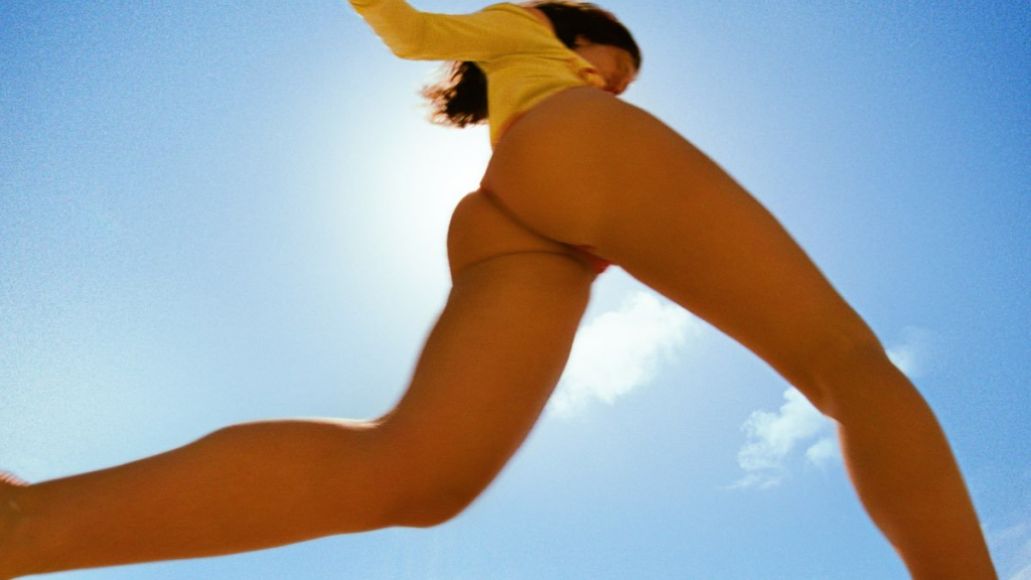 With Solar Power, Lorde Flies a Little Too Close to the Sun