The Rolling Stones are celebrating the 40th anniversary of their excellent 1981 album Tattoo You with an expanded, deluxe reissue featuring previously unreleased tracks. The box set will come out October 22nd via Polydor/Interscope/UMe. To tide fans over until then, the band has just shared an unheard song from those recording sessions, dubbed “Living in the Heart of Love,” which you can stream below.

This special anniversary reissue will be available in several formats — 180g black vinyl, 2xLP 180g black vinyl, 2xLP 180g clear vinyl, 5xLP super deluxe box set, CD, 2xCD, 4xCD super deluxe box set, and digital downloads — all of which include a newly remastered version of Tattoo You. That means classic Rolling Stones songs like “Start Me Up” and the Sonny Rollins-featuring “Waiting on a Friend” will be updated with sharper, more vivid touches to draw out their magnetic songwriting.

The most extensive of these formats comes with Still Life, a live concert album recorded at Wembley Stadium in 1982, and Lost & Found, a nine-track collection from the vault that fans have never heard before. In addition to opening with the uncovered single “Living in the Heart of Love,” the latter record also includes a killer version of “Shame, Shame, Shame” recorded in 1963 by one of the band’s blues heroes, Jimmy Reed; their rendition of Dobie Gray’s soul gem “Drift Away;” and a fascinating reggae-tinged version of “Start Me Up.”

The 5xLP box set reissue will also come with a 124-page hardback book featuring over 200 rare photos from recording sessions, like intimate close-ups of Mick Jagger and Keith Richards hard at work, and the band’s world tour in support of Tattoo You. Additionally, the set comes with exclusive interviews with producer Chris Kimsey and photographer Hubert Kretzschmar, as well as special lenticular art.

Pre-orders are currently ongoing over at The Rollings Stones’ official website, and they’re sure to go fast so head over quickly if you want to buy a copy. Below, peep the artwork and tracklist for the 40th anniversary deluxe reissue of Tattoo You.

Next month, The Rolling Stones will embark on a 13-date stadium tour in the US as part of their “No Filter Tour.” It’s bound to be a riveting and entertaining series of shows, but unfortunately it won’t include drummer Charlie Watts. He was ordered to stay home and rest following a successful medical procedure. Without missing a beat, Watts made a joke at his own expense, telling fans, “For once, my timing has been a little off.”

The Rolling Stones kept their fans entertained throughout the pandemic by launching a weekly livestream series of archival concerts, and by digging up a long lost collaboration with Jimmy Page. The band also threatened Donald Trump with legal action for continuing to play their music without permission, spoke candidly about their own mortality, and in the case of The Rolling Stones’ Ronnie Wood, beat a rare form of cancer. 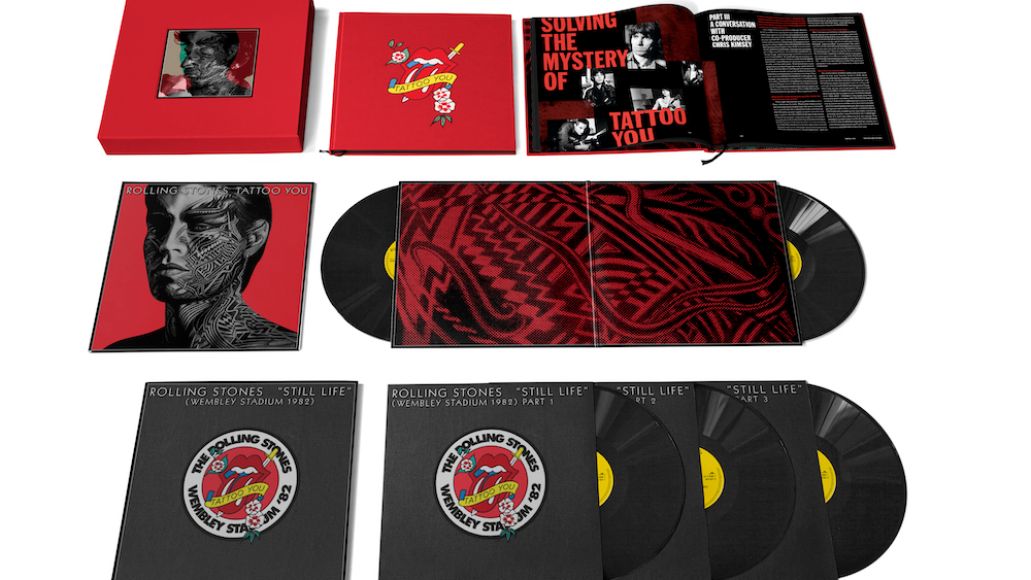