Underoath have announced their seventh studio album, Voyeurist, out January 14th. The band has also shared the single “Hallelujah.”

The hook-laden track is an intense clash of guitars, synthesizers, and percussion. Underoath continue to push their sound to the outer limits of post-hardcore and metalcore, crafting a signature sound that borrows from both genres while remaining distinct.

Playing to the new album title, fans were allowed early access to the single if they granted camera access via a special website, allowing users to see one another as they listened to the track.

“I think the song is one of the more powerful songs on the album for a myriad of reasons,” guitarist Tim McTague said in a statement, “but sharing a night of beers and stories with a handful of the people you love, unpacking a ton of heady concepts and recording a choir really put an exclamation point on the song for me. It’s dark, beautiful, haunting, and heavy all at the same time. That’s what Underoath does best in my opinion.”

Voyeurist is also the first time Underaoth have recorded an album completely on their own. As McTague explained, this brought challenges of its own, but allowed for a more dynamic and personal creative process.

“I’ve always wanted to record our own album,” the guitarist said. “I think we just needed to get into a headspace personally that would allow criticism and critique to land in a productive and constructive way. We grew so much in real time and I think the record speaks to that growth and collaboration. I haven’t ever felt this attached to a project in my life.”

Voyeurist is available for pre-order via Fearless Records or Amazon. The album will be available in multiple formats, including a deluxe vinyl LP with digitally “animated” cover art.

Stream “Hallelujah” and see the album art and tracklist below. 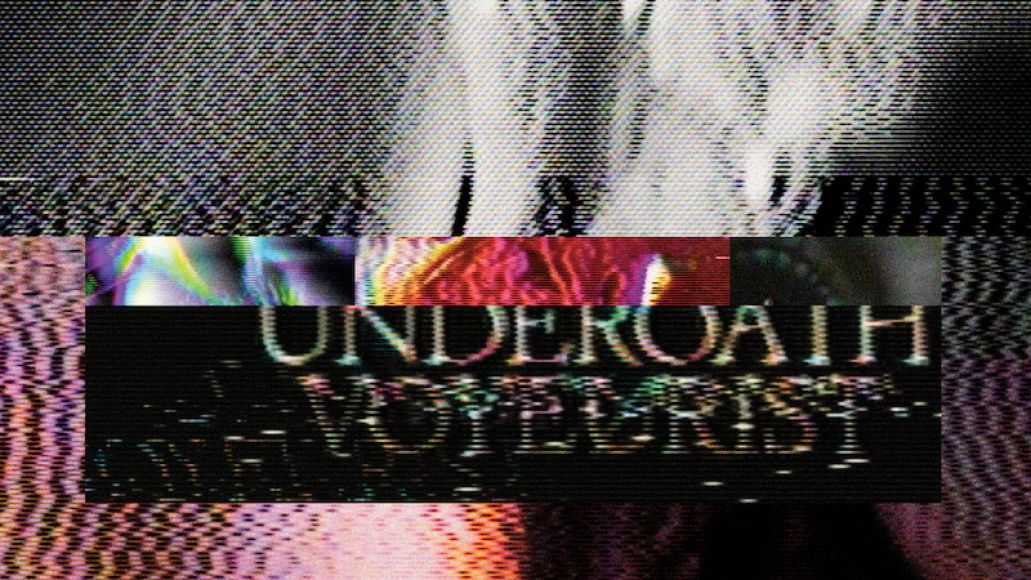