Beach Fossils have announced The Other Side of Life: Piano Ballads, a collection of jazz reimaginings of some of their favorite tracks. It’s out November 19th, and as a preview the Brooklyn indie rockers have shared the single “This Year (Piano).”

“This Year” appeared on the band’s 2017 album Somersault, which also provided the basis for new trcks “May 1st (Piano),” “Down the Line (Piano),” and “That’s All for Now (Piano).” The new eight-track effort is rounded out by “Sleep Apnea (Piano),” based on the 2013 Down the Line cut, two piano versions of the What a Pleasure EP tracks, “What a Pleasure” and “Adversity,” and a reimagining of “Youth” from the group’s 2010 self-titled debut.

The album was made in collaboration with Tommy Gardner, who played drums in Beach Fossil from 2011 to 2016, at which time he moved to China. He and frontman Dustin Payseur had bonded over a mutual love of jazz, and when the pandemic brought the world to a halt, the two men reconnected.

“I was astounded by the amount of musical talent that he possessed,” Payseur said in a statement. “On tour, whenever we were in a green room with a piano, Gardner would sit down and start improvising Beach Fossils songs in a jazzy style. He would be playing the melodies for the guitars, bass and vocals all together. It’s not like he rehearsed it, it would be the first time he’d ever attempted to play these songs, and it was always beautiful. For years I had the idea of turning these piano versions of Beach Fossils songs into an album, and in 2020 when touring came to a sudden halt due to Covid, I reached out to Gardner and asked if he wanted to finally make this album.”

With its shuffling drums and nostalgic piano chords, “This Year (Piano)” starts off like an outtake from the Vince Guaraldi Trio. It doesn’t resolve into a Beach Fossils track until Payseur’s voice comes in. “No, I won’t be there in time,” he croons while harmonizing with himself, “No, I won’t be there in time.” The jazzy effect is completed with a saxophone solo, and you can check out “This Year (Piano)” below. Pre-orders for The Other Side of Life: Piano Ballads are ongoing.

Next month, Beach Fossils will finally embark on their COVID-delayed tour with Wild Nothing. Tickets are available through Ticketmaster.

The Other Side of Life: Piano Ballads Tracklist: 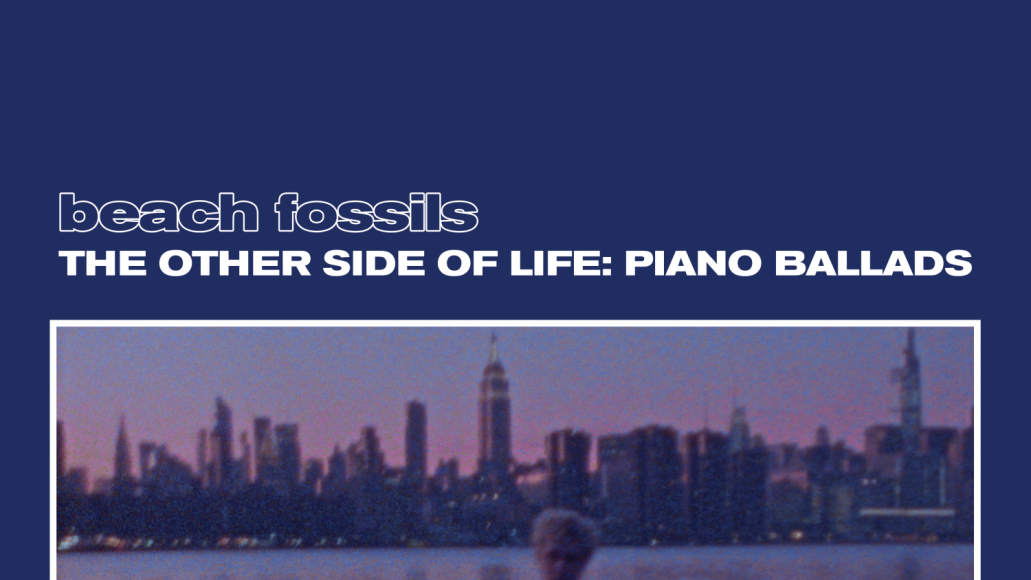