Bo Burnham’s surprise Netflix comedy special, Inside, was well-received by fans and critics alike, and now its soundtrack is receiving a physical release.  The album, titled Inside (The Songs), will be available on vinyl and CD, both arriving on December 3rd.

A limited edition vinyl of Inside (The Songs) will be available exclusively at Target, Urban Outfitters, and independent retailers, while fans will be able to order a signed CD copy from Burnham’s official store. Pre-orders for both physical releases are ongoing.

The making of Inside was an impressive endeavor. Burnham filmed, edited, lit, composed, sang, and acted the entire special without any outside help as he captured his bleak descent into loneliness, depression, and at times, self-loathing.

It arrived several years after Burnham revealed his onstage anxiety and the pressure to do standup in front of fans led to a decision to no longer perform specials in-person. Since then, he has spent his time making his directorial debut with the smash hit movie Eighth Grade, portraying Carey Mulligan’s love interest in the Oscar-winning Promising Young Woman, and filming scenes as Larry Bird for the upcoming HBO series about the “Showtime” Lakers.

Ahead of the physical release, stream the album here. Check out the cover art and tracklist below.

Inside (The Songs) Artwork: 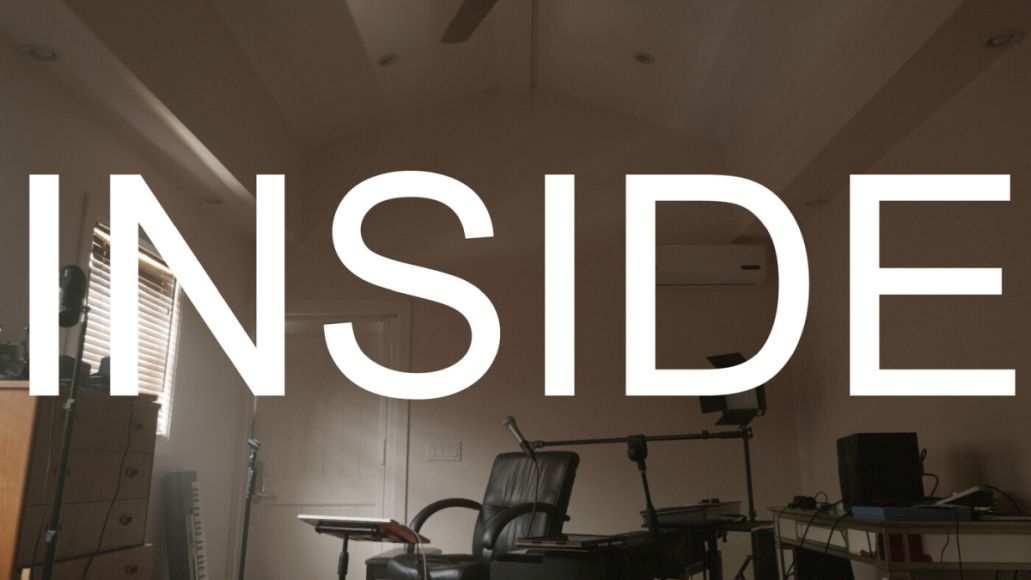 Shirley Manson on The Jump, Beautiful Garbage, and The Importance of Weird