Following the cancellation of Bonnaroo 2021, in which Hurricane Ida rendered the campgrounds and festival site unusable just days before kickoff, artists are seeking ways to still connect with fans. Among the acts already in middle Tennessee announcing last-minute shows are Leon Bridges, The Band Camino, and Zach Bryan.

Saturday, September 4th featured one of the more stacked impromptu lineups of the weekend when Ascend Amphitheater in Nashville welcomed Sylvan Esso, Brittany Howard, and Phoebe Bridgers (with a negative COVID test or proof of vaccination required for entry). Stretching over four hours, the show allowed ample time onstage for all the artists. As Phoebe Bridgers put it, glancing at the nearly 7,000 people gathered in downtown Nashville, “Bonnaroo would’ve been tight…but this is pretty sick.”

The show kicked off promptly at 7pm with an energetic set from electronic-pop duo Sylvan Esso, backed by the fantastic WITH band. None of the artists featured sets or stage decor of any kind, presumably due to the last-minute nature of the show, but Sylvan Esso and their band are such dynamic performers that any of the hurriedness that went into the night was invisible.

Sylvan Esso were planning a Superjam at Bonnaroo 2021, the annual late-night set that brings together world class musicians for a can’t-miss jam session, and the band pushed through with some of the covers they had prepared. “We don’t have any of the artists we were supposed to have with us,” frontwoman Amelia Meath explained, “but we wanted to finish with some of the covers we had planned.” A rendition of The Isley Brothers “Shout” brought the crowd to its feet.

Brittany Howard, singer-songwriter and frontwoman of Alabama Shakes, Thunderbitch, and Bermuda Triangle, took the stage next with an explosive set of her own. A Nashville resident herself, Howard seemed right at home in front of the crowd, leaving room for an impassioned monologue towards the end of her time onstage. “Every day it’s more bad news,” she said. “I’m trying to give y’all some good news.” Over the course of nearly an hour, Howard was able to flex her remarkable guitar skills and signature gravel vocals to the crowd of old fans and new alike — if anyone entered Ascend without a familiarity with Brittany Howard, the set is guaranteed to have converted them into a fan. 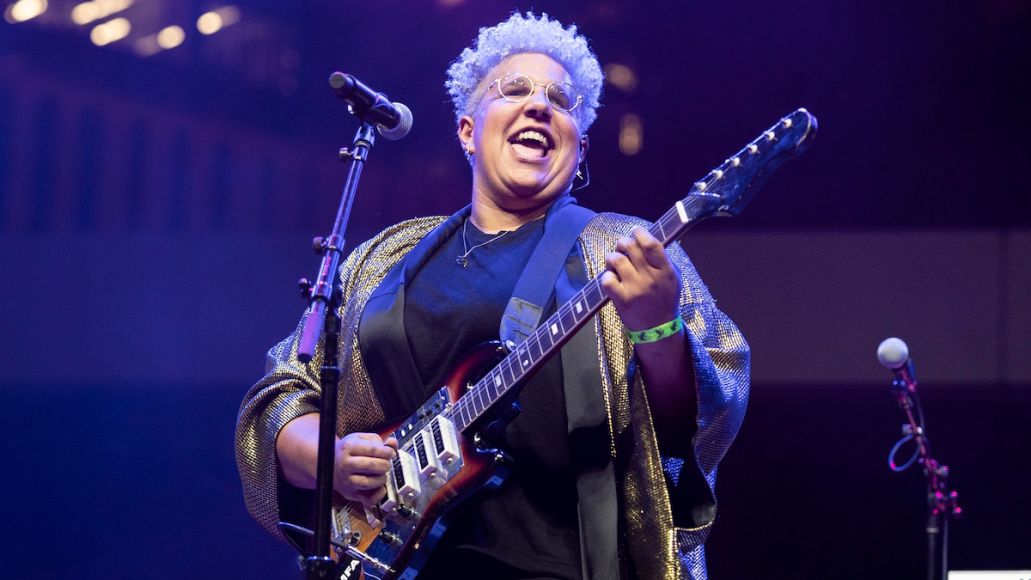 Phoebe Bridgers, our 2020 Artist of the Year, was last to take the stage. One thing about Phoebe Bridgers is she has the range — she can swing from a heartbreaking ballad, so gentle that the crowd of thousands falls silent to catch every word, to a closer like “I Know The End” that has her quite literally screaming into the mic.

Bridgers is such a Cool Girl that it can almost veer into parody sometimes: she speaks in a detached, low-register monotone. She introduced her band members by kissing their lips one by one. It’s not uncommon for her to go viral for a clever tweet under her username Traitor Joe. But her music clearly means something to people, especially young people — a small cluster of gen-Z attendees were nearly in tears the entire set, hands over their mouths as they recognized the first few notes of each song, holding one another upright through blurry Snapchat stories. “This isn’t real,” one girl said, eyes locked on Bridgers. “This is a dream.”

The whiplash from Bridgers’ intimate, often devastating songs to her ironic, playful self is something to witness, but perhaps it’s just another reason people are so drawn to her. Her set notably included a cover of Bo Burnham’s “That Funny Feeling” from his 2020 Inside Netflix special, played with completely earnest commitment and utter seriousness. (What does it say that this anti-comedy comedy song felt completely at home in her catalogue?)

When her time onstage wrapped (sans encore or any guitar smashing), it became clear that Bridgers will continue being a mouthpiece for people growing up in an increasingly confusing world, or anyone so in touch with their feelings that it hurts sometimes. She mentioned that this was only her second show back following the pandemic — here’s hoping many more crowds will get to witness her magic.