The Pitch: Mike Milo (Clint Eastwood) is an aging rodeo rider and horse trainer, haunted by tragedy (his wife and child died in a car accident years ago) and a hard-bitten life of drink and despair in Texas. But the same day he’s fired by his old friend and boss, Howard Polk (Dwight Yoakam) for his age and behavior, Howard comes to him with a proposition: Sneak into Mexico City, kidnap his estranged son Rafael, or “Rafo” (Eduardo Minett), and bring him back to the States to free him from his abusive mother (Fernanda Urrejola).

When he finds Rafo, it turns out the boy is in need of some direction himself, living on the streets and getting into cockfights with his prized rooster Macho. But having convinced Rafo to come with him back to America, the cowboy and his charge have a long, perilous journey ahead of them — bonding them together in the process.

Slow West: Love or hate his works (or his politics), Eastwood remains one of our most classically American filmmakers. Unconcerned with IP or franchise potential, he’s one of the few directors left who gets to make the movies he wants to make, with little concern for commercial viability. It helps that his movies are modest, slow, and deliberate, much like the aging Eastwood himself; he can work fast and under budget, delivering contemplative dramas to the (older) audience who might want to take them in.

His latest, Cry Macho, is decidedly that; a deceptively gentle neo-Western that lopes along at its own pace.

Granted, the first act is cause for worry: Eastwood drops a mountain of clunky exposition in your lap, courtesy of Yoakam’s too-casual Howard. A long shot panning over newspapers gives us the skinny on Milo’s rise and fall as a rodeo star, complete with an image of his back-breaking final ride brought to life. Even his first encounters with the border patrol, then Rafo’s cartoonishly evil mother, are hokey enough to make you concerned. 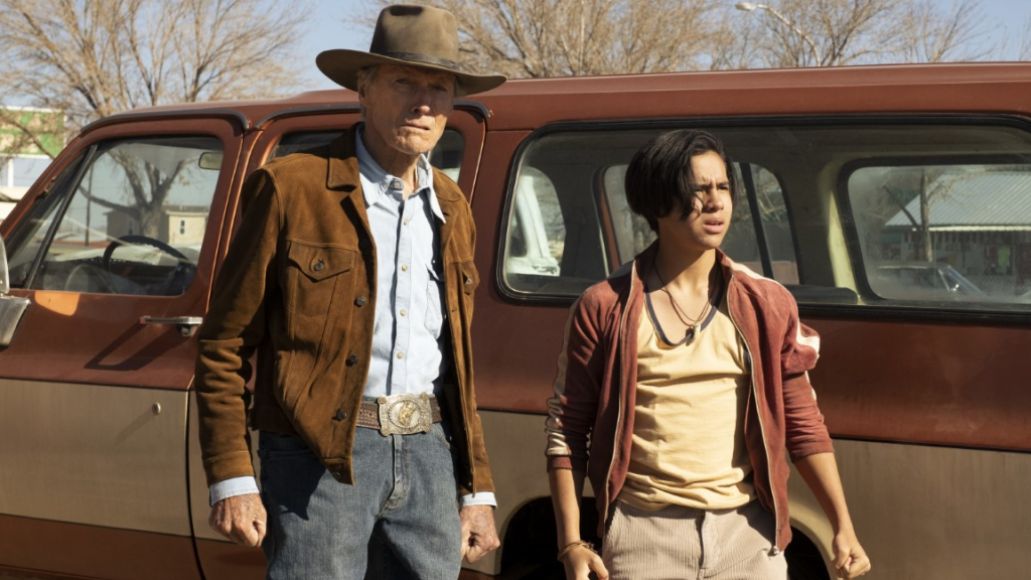 Then we start to spend some time with Mike and Rafo by themselves, and the film becomes a slow-burn chase movie as the pair bond while evading her mother’s goons and the federales who want to bring Rafo back. The two have the kind of chemistry that cements for you the more you watch them together. Minett, in particular, comes into his own: At first, his performance seems wooden, delivering lines as if reading them for the first time. But then it locks in: Rafo is reading from a script of sorts, the kind of machismo he’s spent his entire life trying to emulate. Mike doesn’t buy it any more than the audience does, until Rafo starts to follow his example.

And so it goes that the chase proves the least interesting part of Cry Macho, and certainly the part Eastwood himself places the least emphasis on. In fact, when the film reminds you that, yes, they are being hunted, those sequences do their damndest to get themselves over with. It’s not what Eastwood is up for exploring, not really; he’s too old for that kind of grimy, Taylor Sheridan-esque action.

Instead, the grace notes of Cry Macho lie in casual conversations around campfires, or walking around a horse pen, or taking shelter in a shrine to the Virgin Mary. It’s especially inviting during an extended second-act stretch in which the two take refuge with a widowed cantina owner named Marta (a graceful Natalia Traven), and get to feel a sense of stability for a time. When Eastwood’s eye turns towards these smaller, character-building moments, Cry Macho feels like magic.

Taming This Old Horse: It’s a project Eastwood has wanted to work on since the late ’80s, and has changed hands from everyone from Arnold Schwarzenegger to Pierce Brosnan and beyond. Even within the auspices of Nick Schenk and N. Richard Nash’s sparse script (adapted from the latter’s cult 1975 novel), it’s clear that Mike isn’t necessarily meant to be quite as old as Eastwood is here.

But Eastwood, having finally gotten the chance (and the time) to tell this story, does little to hide his age, to the movie’s benefit. His Mike shuffles from scene to scene with a slow, bow-legged gait, gaunt cheeks framing his signature thin-lipped sneer. The gravel’s still there in his voice, but complicated with the quiet creak of age; his lines escape him almost asthmatically. He’s aware of the subtle comedy of someone as brittle-looking as him commanding the screen, even as he’s placed in ridiculously contrived situations like Rafo’s mother propositioning him for sex (she’s incensed, naturally, that he deigns to turn her down). 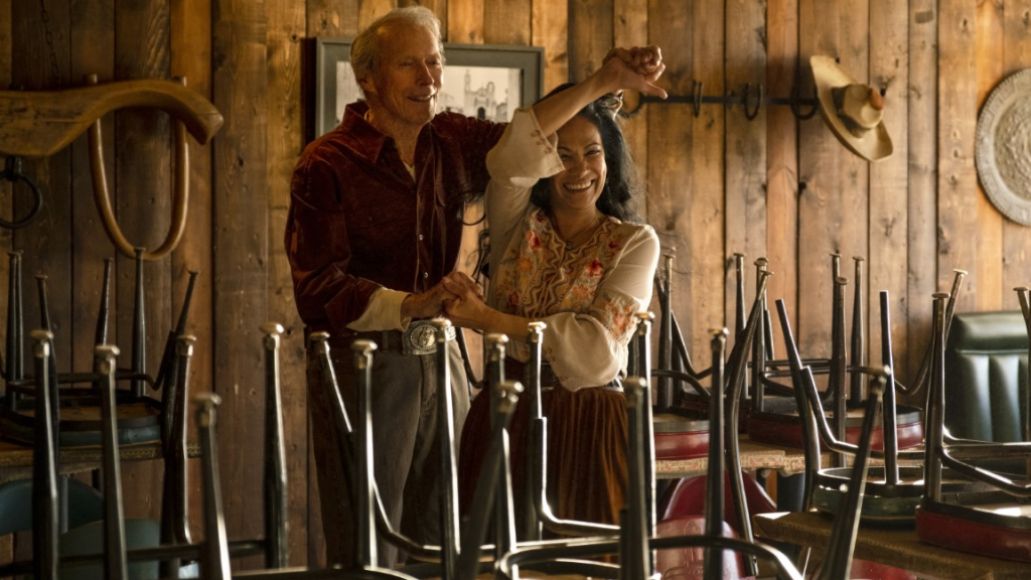 And yet, through those physical frailties (or perhaps because of them), Eastwood projects a quiet dignity in his role. He’s a cantankerous old coot, but he’s lived a full, tragic life, and he has plenty of world-weary wisdom to pass onto the blustering young Rafo. “This macho thing is overrated,” he grunts to Rafo late in the film. “People trying to be macho to show that they’ve got grit. In the end, that’s all you’ve got left.” He’s lived too long in that life to see someone as young as Rafo follow that path.

Cry Macho, ultimately, fails to be the trenchant examination of cowboy masculinity it teases out in its title and premise. But even through those flaws, and there are many, it functions beautifully as a mood piece, and one of Eastwood’s most pleasing character studies since Million Dollar Baby.

The Verdict: It’s tempting to decry Cry Macho as one of Eastwood’s lesser works, especially since he’s been on such a losing streak lately with The 15:17 to Paris, The Mule, and others. But peel away the necessities of the plot, and the conveniences that plop Mike and Rafo in that sleepy Mexican town with a too-friendly abuela and her granddaughters, and this might be one of his most personal, assured films to date.

Where’s It Playing? Cry Macho shuffles into theaters and HBO Max with a cowboy hat and a twinkle in its eye (and a rambunctious rooster) on September 17th.