Sir Elton John has announced the new collaborative album The Lockdown Sessions, and it comes with a guest list that’s unusually sparkly even by his shimmering standards. Eddie Vedder, Lil Nas X, Gorillaz, Stevie Nicks, and more will join their voices with John’s when the project arrives October 22nd.

The Rocket Man has already shared a couple of previews, including “Cold Heart” (PNAU Remix)” with Dua Lipa, “Chosen Family” with Rina Sawayama, and Miley Cyrus’ star-studded Metallica cover “Nothing Else Matters”, which will also appear on the charity compilation The Metallica Blacklist. That’s not the only track being pressed into double duty; the Lil Nas X cut “One of Me” is slated for his debut album Montero. But when an artist of John’s caliber asks if he can use the song, too, you don’t say no.

In a statement, John explained how the album came together during quarantine, and why the process made him feel like a “session musician again.” He said,

“The last thing I expected to do during lockdown was make an album. But, as the pandemic went on, one‐off projects kept cropping up. Some of the recording sessions had to be done remotely, via Zoom, which I’d obviously never done before. Some of the sessions were recorded under very stringent safety regulations: working with another artist, but separated by glass screens. But all the tracks I worked on were really interesting and diverse, stuff that was completely different to anything I’m known for, stuff that took me out of my comfort zone into completely new territory. And I realised there was something weirdly familiar about working like this. At the start of my career, in the late 60s, I worked as a session musician. Working with different artists during lockdown reminded me of that. I’d come full circle: I was a session musician again. And it was still a blast.”

Check out the artwork and tracklist below. Next year, John will say goodbye to touring with his  “Farewell Yellow Brick Road: The Final Tour.” Tickets are available through Ticketmaster or StubHub. 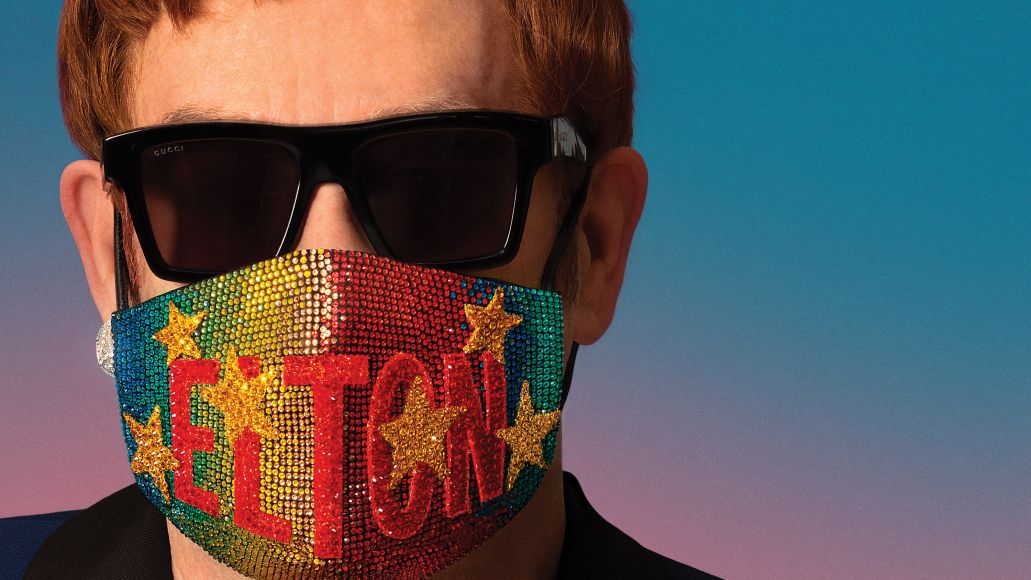