George Wein, the legendary music festival producer behind the Newport Folk and Jazz festivals as well as the New Orleans Jazz and Heritage Festival, has died. He was 95 years old.

Invited by socialites Louis and Elaine Lorillard to help bring a jazz festival to Newport, Rhode Island in 1954, Wein ended up setting the stage for the modern music festival revolution. “George Wein defined what a music festival could be with the Newport Jazz Festival, Newport Folk Festival and the New Orleans Jazz and Heritage Festival,” said LL Cool J while awarding Wein the Grammy Honorary Trustee Award in 2015. “This is a great guy. More than anyone, George set the stage for what great festivals today look like; festivals like Cocahella, Bonnaro… he made this possible…”

When Wein launched the Newport Jazz Festival in 1954, he wanted to bring the scene spread across New York City at the time to one spot. “I remembered my nights in New York City when I had started off in Greenwich Village at 8 pm, gone to Harlem, and ended up seven hours later at 52nd Street,” Wein recalled in his memoir. “I could never get enough jazz. I heard Dixieland, big bands, swing, unique singers, and modern jazz. If this is what I loved, then that’s what should appeal to any jazz fan.”

In 1959, he expanded the Newport festival experience with Newport Folk, co-founded with Pete Seeger. “Folk” was always a loose term at the event, which welcomed iconic performers in the blues, gospel, and country spheres as well. Over the years, the Folk Festival became a cultural institution with multiple defining moments in the history of music occurring on its grounds. It’s where Johnny Cash introduced the world to Kris Kristofferson, and where Bob Dylan infamously went electric for the first time in 1965.

John Prine, Roger Waters, Brandi Carlile, Mavis Staples, My Morning Jacket, Dolly Parton, Jason Isbell, and hundreds more have played Newport over the years, building upon an ever-growing legacy that Wein launched over 60 years ago. Wein himself could be seen at every Newport event, often being driven from stage to stage in his golf cart — lovingly called The Wein Machine — though sadly he was not able to attend in 2021.

Born in Newton, Massachusetts, Wein grew up playing in jazz bands around the Boston area. At 25, he opened the Storyville jazz club in Boston, launching a label of the same name alongside it to capture the live performances. Following the success of the Newport events, he would go on to found the New Orleans Jazz & Heritage Festival in 1970, eventually handing over reins to that event to his protégé, Quint Davis.

Wein was also responsible for bringing concerts to Lincoln Center and Carnegie Hall during the summer months when they were traditionally closed; establishing the KOOL Jazz Festivals across the country that became major cultural events, particularly for Black musicians; and pioneering the idea of festival co-sponsorship, working with the likes of Ben & Jerry’s, Playboy, and Essence.

Even after he handed over control of Newport Folk and Jazz to producer Jay Sweet in 2009 (following the near bankruptcy and re-acquiring of the event names), he was actively involved. He established the Newport Festivals Foundation, which supports school programs and musicians across the country and works to keep the non-profit festivals funded. 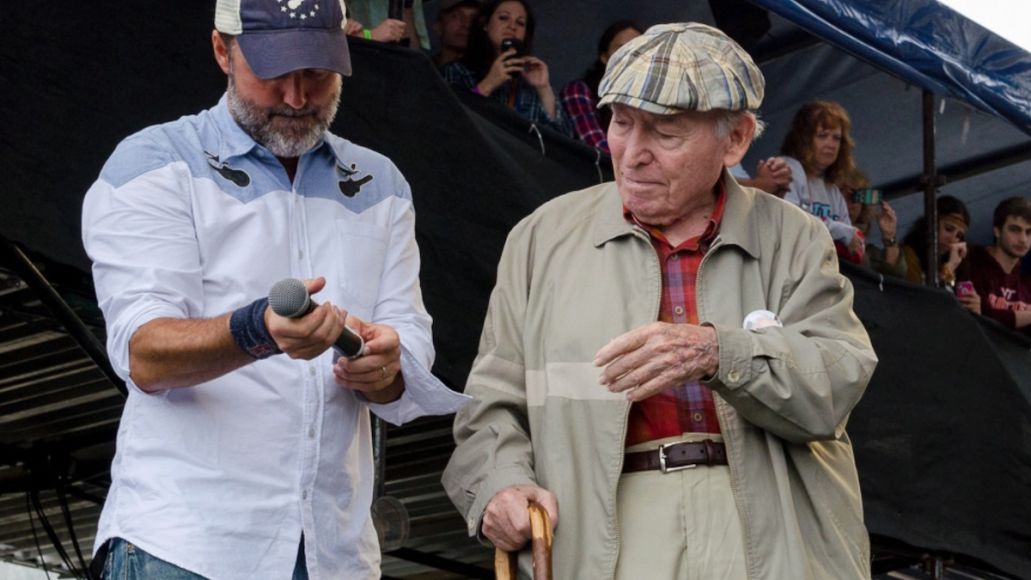 Throughout his life, Wein was a strong supporter of Black music and arts in America. He and his wife, an African-American biochemist named Joyce Alexander, created the The George and Joyce Wein Collection of African-American Art. The collection of over 60 works went on display at Boston University in 2019. The Joyce and George Wein Foundation continues to support organizations like The Studio Museum in Harlem, which awards the $50,000 Joyce Alexander Wein Artist Prize annually to African-American artists. The Foundation also established Boston University’s The Joyce and George Wein Chair of African American Studies and Simmons College’s Alexander Family Endowed Scholarship Fund.

“He not only invented the idea of a modern-day music festival and made the careers of numerous music icons, but his investment in music appreciation is to me what makes him the biggest icon of them all,” Sweet said in statement. “George has an undeniable gift for making things happen. As a result, he has perhaps done more to preserve jazz than any other individual. He was my mentor and, more importantly, my friend and I will miss him dearly.”

Wein also played jazz himself, recording more than 10 albums as a pianist, including Women and Song, George Wein and the Newport All-Stars, and Swing That Music. He last performed publicly at a pre-Newport Folk Festival concert in 2019, and took the Jazz festival stage with the Newport All-Stars in 2010 and 2012.

Wein and his late wife, who passed in 2005, had no children, but as a statement notes, they “loved and nurtured dozens of festival ‘children and grandchildren’ around the world.” Those wishing to pay tribute to Wein are asked to make a charitable donation to the Newport Festival Foundation.

It is with immense sadness that we let you know of the passing of our founder and north star, George Wein. We have all lost a giant champion of jazz, art, philanthropy, and equality. There will never be another like him. Rest easy, George. #georgewein https://t.co/1AMOzOtq86 pic.twitter.com/8NEGu0Wc19