The four-song EP includes recent singles “Hard Skool” and “ABSUЯD” alongside live versions of “Don’t Cry” and “You’re Crazy.” It will be available on cassette and CD, as well as digitally. A 7-inch vinyl version will receive a later release on June 24th, featuring just “Hard Skool” and a live version of “ABSUЯD.” Pre-orders for all the various formats are available here.

Both “Hard Skool,” which was released last Friday, and “ABSUЯD” can be traced back to previously unreleased Chinese Democracy-era tracks that were tentatively titled “Jackie Chan” and “Silkworms,” respectively. However, these newly released versions feature Slash on guitar and McKagan on bass and mark their first recordings together since reuniting in 2016.

Along with the EP announcement, GN’R performed “Hard Skool” live for the first time during their concert in Baltimore over the weekend. As footage from the show attests, the track is an uptempo rocker in the vein of their late ’80s material. Slash lays down gnarly riffs while frontman Axl Rose gives it his all, nailing the song’s demanding vocal parts. Watch it below.

We previously reported that GN’R had soundchecked the song (without Axl) prior to a Chicago show earlier this month. It was speculated that the track would’ve made its live premiere that night if Rose hadn’t contracted food poisoning, hampering his voice. 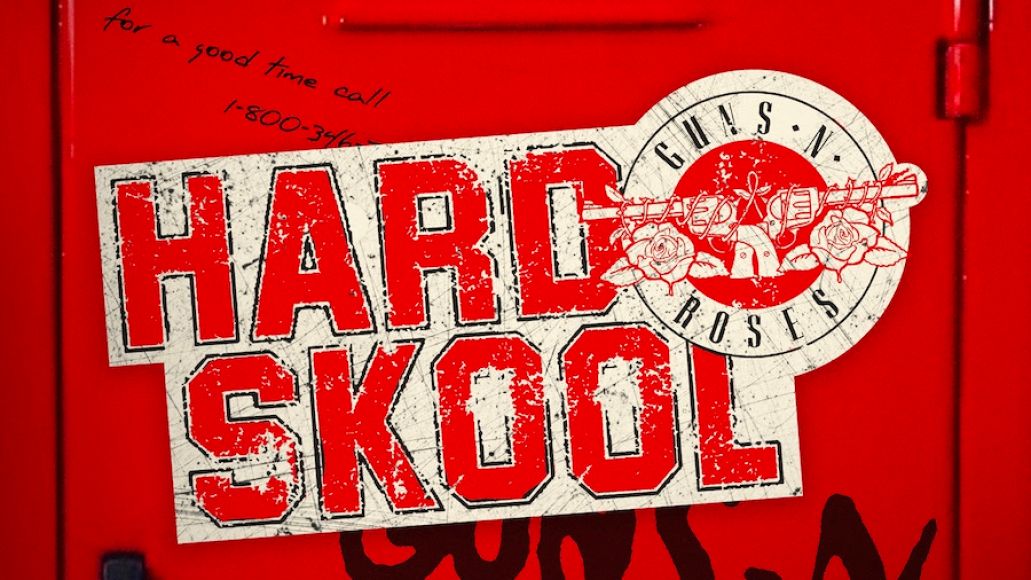