GWAR have launched their first collection of official NFTs, which will be minted and distributed by Fanaply.

The set of three NFTs feature new original artwork from Matt Maguire of GWAR’s Slave Pit. The NFTs minted and backed on the Ethereum blockchain for guaranteed scarcity and range from $20-250 in price.

“Our manager Sleazy P. Martini tells me that with these NFTs, our fans will get some cool, original, never-before-seen GWAR art, and they can own a little piece of the GWAR universe,” vocalist Blóthar. “He also tells me that if we sell enough of them, I can buy lots of curly fries.”

It would seem that Blóthar will be basking in curly fry heaven soon, considering two of the NFTs are already sold out. If all this NFT business still sounds like mumbo jumbo, check out Consequence’s guide to non-fungible tokens. Whether you understand it or not, NFTs appear to be the future of digital art collecting.

For those who’ve already copped a GWAR NFT, why not gaze at your new limited-edition digital asset under the influence of some the band’s Bud of Gods CBD and Delta-8? It can also help curb your buyer’s remorse if you impulsively bought multiple “Scumdog Legionnaire” NFTs in your sudden effort to become the next bigshot NFT dealer.

Purchase the remaining GWAR NFT via the band’s website. See all three variants below. 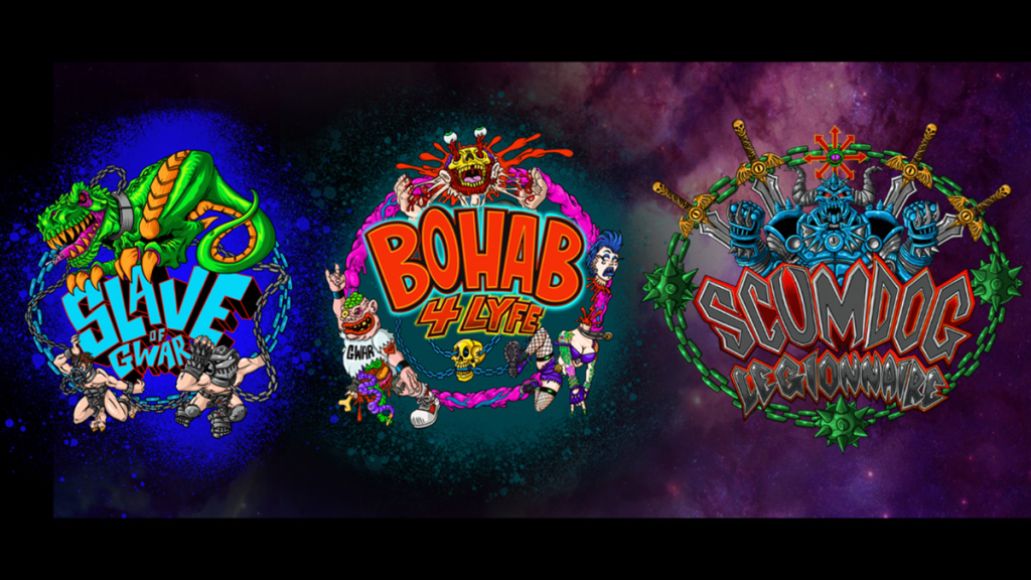