The Pitch: In the realm of Eternos, in which high technology and magic exist hand-in-hand, prince Adam (Yuri Lowenthal) lives as a villager on the outskirts of his society, with no memory of who he is and the destiny he is to fulfill. But when he runs across a thief named Teela (Kimberly Brooks), who’s just betrayed the villains who hired her to steal a mysterious, powerful sword, he soon learns the sword grants him the Power of Grayskull, a heaping helping of muscles, and the incredible powers of He-Man.

Together, Adam, Teela, and their friends must assemble to protect the sword from those who want to use Grayskull’s powers for evil — including Adam’s long-lost uncle Keldor (Ben Diskin), whose true identity is easy to spot once you slap an “S” on the front of his name.

You Know, For Kids! The all-seeing eye of ’80s nostalgia must really be turned to He-Man this year, especially over at Netflix; He-Man and the Masters of the Universe is the second adaptation of the popular cartoon and toy line in as many months, with the serious, Kevin Smith-penned Masters of the Universe: Revelation premiering back in late July.

This time around, developer Rob David is less interested in deconstructing the He-Man mythos for an adult audience who grew up with the old show than he is reinventing it for a new generation of kids. The new series is plot-light, action-heavy CG adventure that should please the kiddos, even if it doesn’t quite have the complexity for an adult audience. 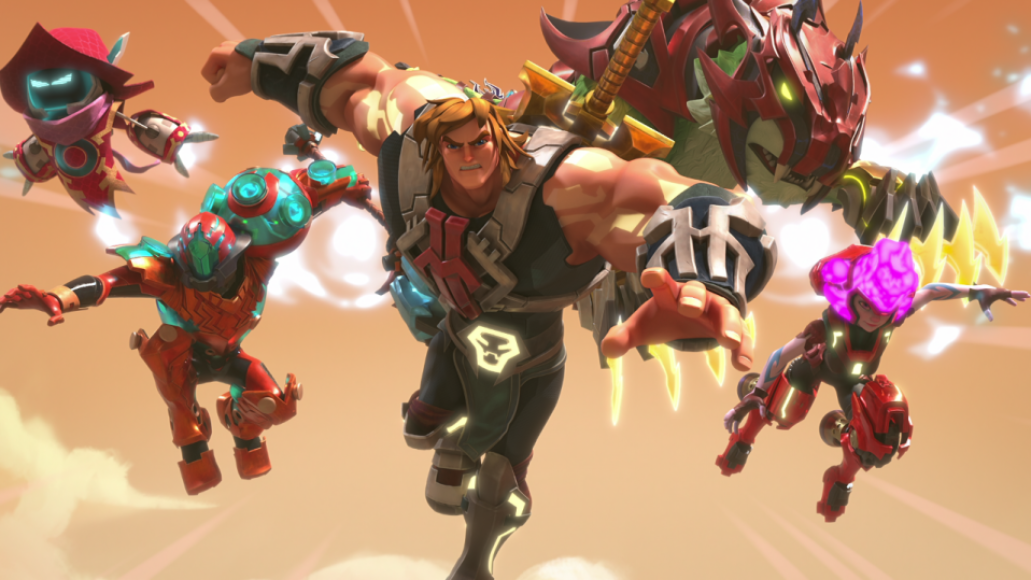 He-Man and the Masters of the Universe (Netflix)

The art style takes a lot of getting used to, eschewing the hair-metal fantasia of the old cartoon for a blockier, DreamWorks-meets-Overwatch set of character designs. Teela’s earphones float on either side of her head, and the armor worn by Man-at-Arms — now revamped into the reluctant mechanic/comic relief character Duncan (Anthony Del Rio) — looks like something out of Bionicle. The animation is fluid enough, though the designs lack texture in a way that can make one queasy.

The action sequences are also relentlessly colorful, dynamic in their look even as the art direction looks a little too video game-y (the anime influences are clear, from the Buster Sword-sized heft of the Sword of Power to the manga splash screens that end each episode). This thing feels tailor-made to sell action figures, which, well, the old show was, too. In this respect, He-Man might well be more faithful to its predecessor than Revelation.

The characters themselves are decently fleshed out for a kids’ show, though the jokes don’t always land. (In some cases, they’re not meant to, including Keldor’s incessantly try-hard skeleton puns, which often fall on deaf ears.) There’s plenty of self-referential humor, poking fun at the goofiness of the ’80s show’s names, but it tends to disrupt the otherwise earnest retelling of the story. There’s no need to wink at the parents watching this show with their kids: just relax and let the story move on its own.

We Have the Power: While Revelations is the show to go to when it comes to shaking up the toyetic mythos of Eternia (sorry, Eternos), David’s show still makes some updates for the 21st century. Classic characters are gender-swapped or updated in myriad ways (Ram Man is now Ram Ma’am, and takes the form of Adam’s adoptive sister Krass (Judy Alice Lee); Orko is now a robot named Ork-O), and Teela is made a Black character to disrupt the lily-white makeup of the original characters.

But the biggest shakeup is the revelation (sorry) that Adam isn’t the only one who can power up to harness the Power of Grayskull: Each of his companions soon learn they have powers of their own, getting henshin-like transformation sequences that are charming in their ’90s-anime repetitiveness. 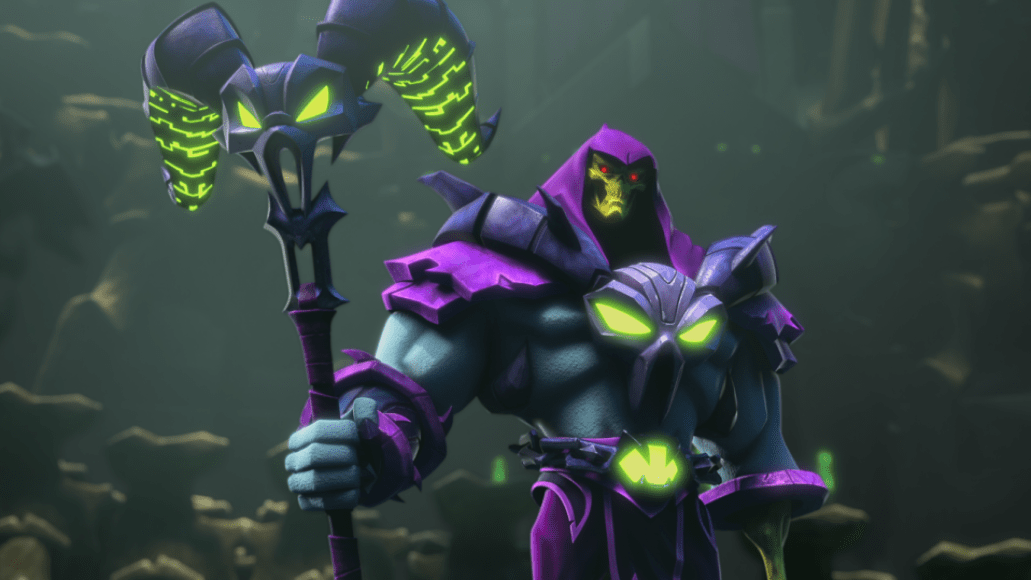 He-Man and the Masters of the Universe (Netflix)

Contrast that with Keldor (well, Skeletor — look, you figure it out by episode two, okay?), who lusts for power to take for himself, even from his subordinates like Evil-Lyn, and the new He-Man becomes a battle to decide who truly deserves to have power, and how it should be wielded. It’s a subtle, but important message to send to kids, especially when updating a story about a muscle-bound male hero: The greatest virtue is to share your power with others.

The Verdict: When viewed through the lens of its kid-focused aspirations, there’s a fair bit to admire about He-Man and the Masters of the Universe. It hews closely to the spirit of the original show, while throwing in some welcome spins to the material to fit more modern sensibilities. There’s even a glimmer of serialized storytelling here, though it hardly reaches even the modest heights of Revelation‘s twists and turns. Still, it’s hard to fault He-Man for its simplicity; its aims, after all, are simple.

Where’s It Playing? He-Man and the Masters of the Universe provides a kid-friendly alternative to all that blood, guts, and mayhem of Revelation over on Netflix September 16th.