Barely a year after they dropped the fiery Ultra Mono, IDLES are back with a follow-up album. It’s called CRAWLER and it’s due out November 12th via Partisan. As a preview, the Bristol post-punk group have shared the lead single, “The Beachland Ballroom,” along with a music video, which you can stream below.

Over the span of 14 tracks, IDLES are using CRAWLER to bring to life vivid stories of trauma, addiction, and recovery. A press releases promises warped glam-rock (“The Wheel”), 30 seconds of grindcore (“Wizz”), and even a marching band anthem (“Stockholm Syndrome”), all of which should be interesting to hear from the otherwise punk-rock faithfuls. The whole thing was recorded during the COVID-19 pandemic and was co-produced by Kenny Beats and the band’s own guitarist Mark Bowen.

As our first preview of what to expect, “The Beachland Ballroom” defies expectations as a slow, prom-ready ballad that’s bolstered by soulful vocals. Bowen said he didn’t know bandmate Joe Talbot could even sing like that and it took him by surprise on first listen. “He’s been trying to write ‘Be My Baby’ since the very beginning, but he didn’t want to be the punk guy wearing the Motown clothes,” said Bowen. “He wanted it to feel natural, and this song is.”

Apparently what propelled the punk singer to try a different tone was a rising tide of gratitude and reflection. “It’s the most important song on the album, really,” explained Talbot. “There’s so many bands that go through the small rooms and dream of making it into the big rooms. Being able to write a soul tune like this made me go, fuck — we’re at a place where we’re actually allowed to go to these big rooms and be creative and not just go through the motions and really appreciate what we’ve got. The song is sort of an allegory of feeling lost and getting through it. It’s one that I really love singing.”

Pre-orders for CRAWLER are currently ongoing, including vinyl, CD, and digital download options. Check out the cover artwork and full tracklist for it after the jump.

IDLES are just a few days away from kicking off their highly anticipated US tour. It was already bound to be a riveting series of live shows thanks to Ultra Mono, but now it’s even more exciting when you consider they may debut upcoming songs from CRAWLER onstage, too. If you don’t want to miss that opportunity, try grabbing tickets to see them live here.

Earlier this year, IDLES performed a smoldering version of “Model Village” with Slowthai for a Vans TV special and they dropped Don’t Go Gentle: A Film About IDLES a few weeks later. The band also recently contributed to a Gang of Four tribute album and covered Sharon Van Etten’s “Peace Signs” for her Epic Ten anniversary reissue. 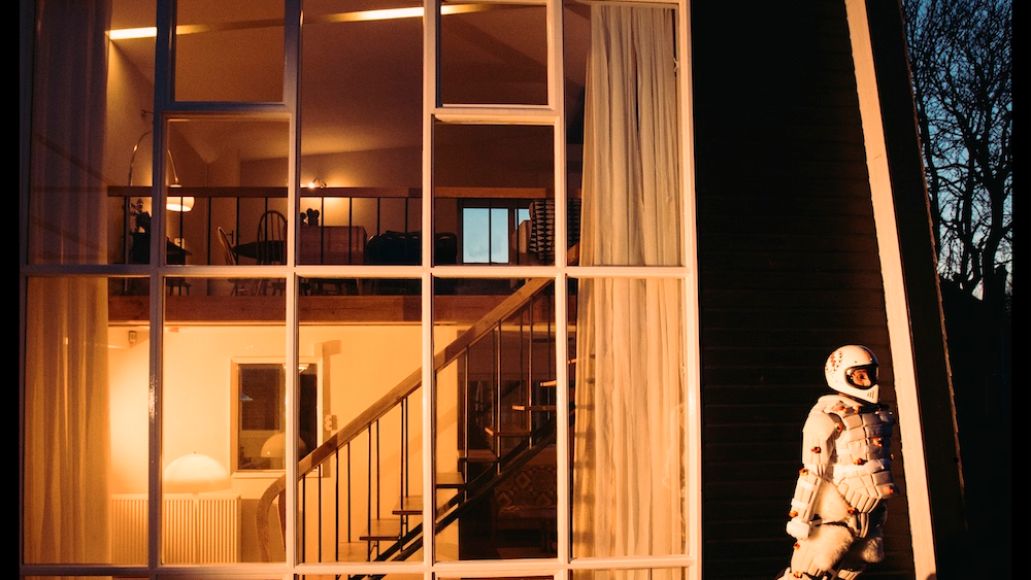