The Lowdown: Metal legends Iron Maiden were riding high prior to the pandemic. The band were in the midst of their “Legacy of the Beast Tour” — a career-spanning celebration of the band’s discography. The comprehensive setlist pulled from every era of Maiden — even the Blaze Bayley albums — hitting major highlights as well as obscure deep cuts.

Somewhere in the middle of the jaunt, in early 2019, the band found time to hit the Guillaume Tell Studio in France to track the material that would become Senjutsu. Perhaps running through 40 years of songs every night worked as the ultimate songwriting stimulant, because Senjutsu is easily Iron Maiden’s most diverse work in years — no easy task for a band that continues to chiefly operate in a long-since-established heavy metal style.

The Good: When Senjutsu was announced, vocalist Bruce Dickinson hinted that the band had explored some new sounds, and his words held true. The subtle production flourishes go a long way in making this 80-plus minute opus consumable. Whereas 2015’s The Book of Souls felt more cohesive, it also blurred together in spots. On the other hand, Senjutsu feels less conceptual as a whole, but arguably offers more memorable moments and individual songs.

The opening title track cements the band’s familiar British metal crunch, with Dickinson’s vocal harmonies in full flight (his performances remain exceptional throughout the LP). From there, the attentive Maiden listener can pick out some additional bells and whistles: symphonic Euro metal synths, comfy mid-tempos, and distinct guitar lines.

All of these elements have been in the band’s arsenal for years, but they’re not always called upon. It’s not a total “kitchen sink” record production-wise — Senjutsu still imitably sounds like Maiden — but tracks like “The Writing on the Wall” verge on genre experiments. The Southern-rock inflected riff here especially stands out, offering a new tone palette for Dickinson’s voice while evoking the late ’70s proto-metal past that spawned a young Iron Maiden.

Rare is an uninspired Iron Maiden composition, and you won’t find any slack arrangements on Senjutsu. The band regularly pass the eight-minute mark without a stale moment.

Bookended by touching synth passages, “Lost in a Lost World” blossoms into a riff fest, showcasing the triple-guitar attack of Adrian Smith, Dave Murray, and Janick Gers. The closing barrage of three 10-plus-minute tracks is also notable, offering up a mini album of its own. Here the band are able to flex their prog tendencies and build out those epic, literary songs that have become Maiden’s trademark. Closing track “Hell on Earth” is the finest example of this, ending Senjutsu with an atmospheric masterpiece that builds from hypnotic guitar lines to galloping, ride-into-battle riffage.

The Bad: All of the aforementioned might just be semantics to the casual listener who finds the 82-minute runtime daunting and the production subtleties unamusing. In short, Senjutsu will sound like any other Iron Maiden album to the uninitiated. That said, the attentive ears of longtime Maiden fans might also hear some prickly details.

The elephant in the room is the prominent synth use on almost every song, often doubling Dickinson’s vocal melody. When it works, it adds grandeur (“Hell on Earth”). When it doesn’t, it clouds the mix with a redundant frequency that clashes with the vocals (“Stratego”).

Though a dealbreaker for some, the synths also color the songs with a whimsical, symphonic metal atmosphere, further adding to the novelties of Senjutsu. This effect is further enhanced when listening to an uncompressed version of the album (on CD, vinyl, or high-res digital). The album’s already crowded mix doesn’t benefit from crushed bitrates inherent to streaming platforms.

The Verdict: At this point, Maiden albums are naturally reviewed against one another, and Senjutsu will undoubtedly be compared to the albums before it. Is it better than The Book of Souls? Well, that depends what kind of Maiden you’re in the mood for. Like the band’s line of craft beers, each album has its own flavor and bite.

The more valid question is whether Senjutsu is worthy of Iron Maiden’s illustrious catalog, and the answer is an emphatic yes. The LP stands out among the second Dickinson-era albums for its symphonic touches, memorable songs/riffs, and airtight mid-tempos — held down by founding bassist Steve Harris and drummer Nicko McBrain. Senjutsu is more of a heavy head-nodder than a power-metal fistraiser. For those of us sitting at home, currently unable to witness an Iron Maiden concert, we can appreciate that.

Essential Tracks: “Senjutsu,” “The Writing on the Wall,” “Hell on Earth” 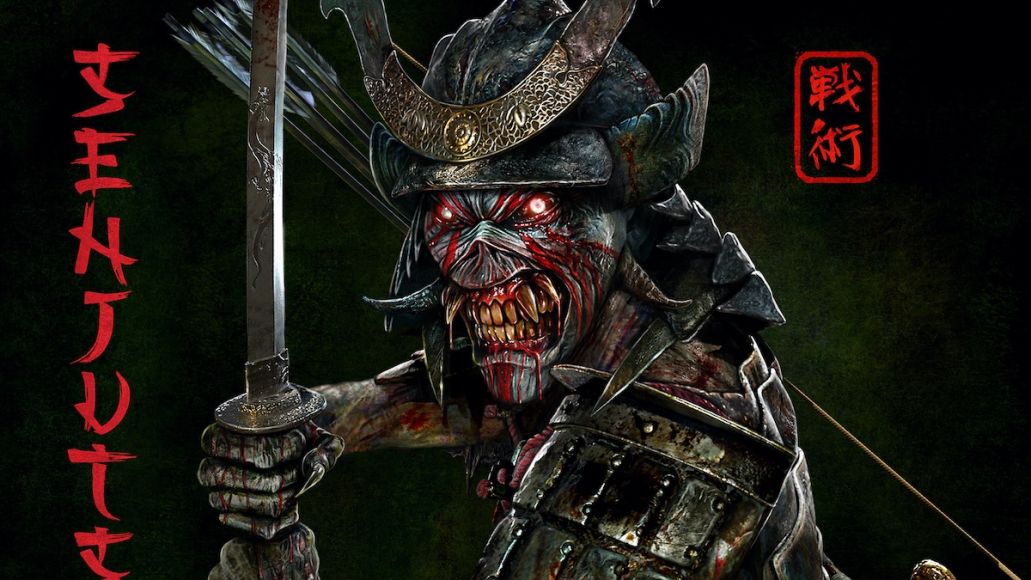