Two months after missing her planned release date for Blue Banisters, Lana Del Rey has revealed the album is finally dropping on October 22nd. As the latest preview, she shared a new single titled “Arcadia.” Watch the self-directed music video below.

Del Rey also revealed the tracklist, which includes the previously released singles “Blue Banisters,” “Text Book,” and “Wildflower Wildfire.” Check it out, along with the album art, following the jump.

According to Del Rey herself, “Arcadia” should appeal to fans of her viral 2011 debut single “Video Games.” Featuring piano-driven production, the seductive track includes lyrics like “My body is a map of LA/ I stand straight like an angel, with a halo/ Hangin’ out the Hilton Hotel windows/ Screamin’, ‘Hey, baby, let’s go.'”

In a statement posted to Instagram, Del Rey explained how the track fits within the framework of Blue Banisters and the trio of previously released “buzz” tracks. “I guess you could say this album is about what it was like, what happened, and what it’s like now,” she said. “If you’re interested go back and listen to the first three songs I put out earlier. They chronicle the beginning. This song hits somewhere in the middle and by the time the record drops you will hear where we’re at today.”

Del Rey went on to address criticism leveled at her for a series of missteps (to put it kindly) throughout 2020 and into 2021. Earlier this year, she continued to ruffle feathers by defending the cover art of Chemtrails with the “I have Black friends” defense while also claiming that Donald Trump’s presidency “really needed to happen” despite causing so much harm. Del Rey wrote,

“As much as the on going criticism has been trying, it at least has pushed me to explore my own family tree, to dig deep, and to continue to exhibit the fact that God only cares about how I move through the world. And for all of the skepticism about feigning fragility and unreasonable explanations of not showing general accountability — I must say I’ve enjoyed moving through the world beautifully — as a woman with grace and dignity. Thank you to my friends over the last 18 years who have been an example of attraction not promotion. I’ve never felt the need to promote myself or tell my story, but if you’re interested this album does tell it — and does pretty much nothing more.”

Blue Banisters marks the follow-up to March’s Chemtrails Over the Country Club. It was originally scheduled to drop on July 4th, but on the eve of its planned release, Del Rey announced the album would be out “later later” and shared the cover art, along with a snippet of “Arcadia.” 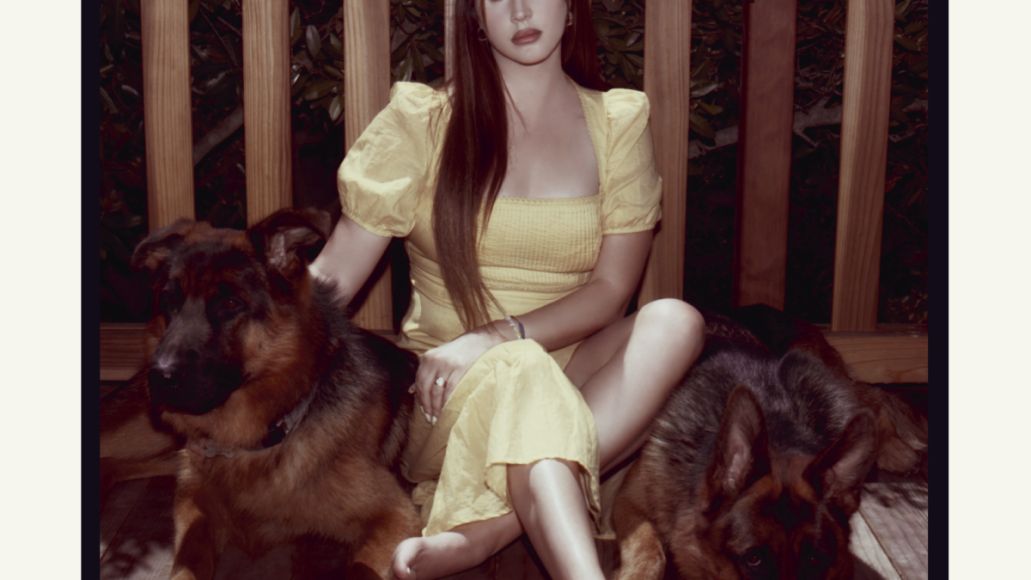