This review originally ran as part of our coverage of the 2021 Toronto International Film Festival.

The Pitch: Eloise (Thomasin McKenzie), a sheltered young woman with an all-encompassing 1960s obsession, leaves the English countryside home she shares with her grandmother to study fashion in London. When life in the dorms leaves her feeling stressed and isolated, Ellie finds a room of her own to rent in Soho. At first, the move seems ideal: Her landlady, Miss Collins (Diana Rigg, in her final role) is stern but kind. The room appeals to Ellie’s need for space and her aesthetic. And it comes with an exciting bonus: Every night, she’s transported to 1966, where she follows a glamorous young woman named Sandy (Anya Taylor-Joy) as she romps through Swinging London’s nightlife.

Alternately watching Sandy and embodying her as she waltzes into the chicest clubs, Eloise catches the eye of the debonair-seeming Jack (Matt Smith), and starts to pursue her dream of becoming a singer. But the visions soon turn sour and Ellie begins to lose control of her own life. What began as an ideal fantasy for the naive student starts to feel more and more like a call for justice from beyond the grave.

The Wright Stuff: Beloved multi-genre master Edgar Wright adds giallo-loving psychedelic horror to his arsenal with his latest directorial effort, which he co-wrote with Krysty Wilson-Cairns. The Wright hallmarks are all in place here: wit and more than a touch of weirdness; a visual style that’s dazzling and impressively consistent throughout the entire feature; and a pleasing, tone-setting soundtrack.

Wright’s affection for the era and the genre are undeniable. Everything about Sandy’s world has been recreated with precision and a palpable fondness. The song choices hit just right, as do the references to Merseybeat singer Cilla Black. The set design and costumes are perfectly evocative of the time and place. Even the hairstyles are just right, especially Taylor-Joy’s messy Bardot beehive. 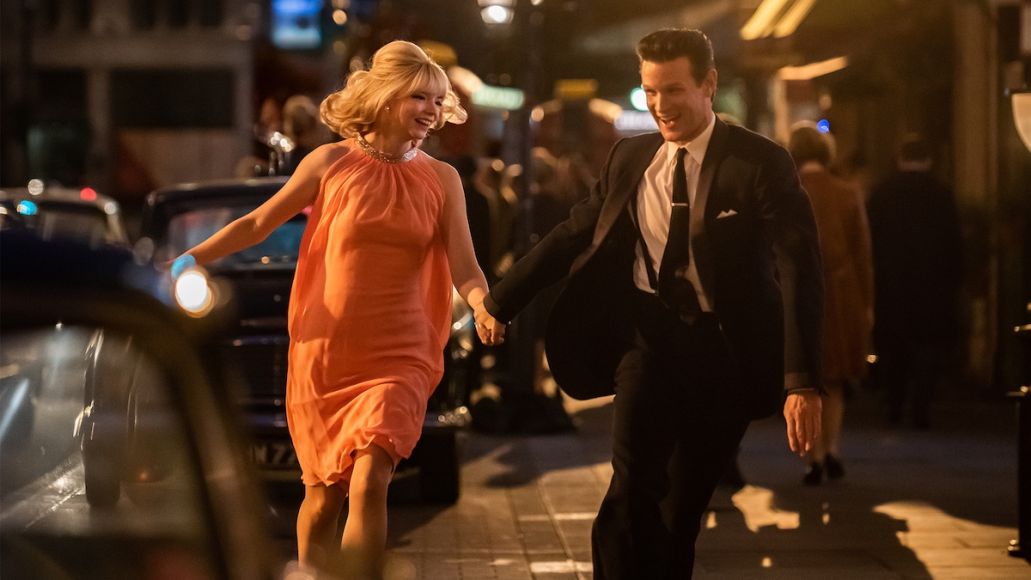 This tribute to 1960s London goes beyond mere recreation, though. Last Night in Soho’s present day world is also infused with a deep appreciation and understanding of the best that the scene had to offer. Ellie’s record selection and vintage style are the most obvious references, but there are more subtle tributes scattered throughout as well. Considering this was Rigg in one of her finals roles, there’s really no better seal of British mod approval than an appearance by Mrs. Emma Peel herself.

It becomes increasingly apparent as the story progresses, however, that Wright’s love of bonkers, brain-busting, borderline nonsensical horror is every bit as strong. His ability — or his willingness — to reproduce that influence is a little more uneven.

Dear Eloise: The casting in this film is impeccable. Everyone is so well-suited to the characters and they play the hell out of them. McKenzie’s innocent, mooney-eyed enthusiasm is an essential anchor for all of the chaos surrounding her character. The early scenes of Sandy dancing and singing in nightclubs are visually stunning, but it’s the small glimpses of Ellie watching from the sidelines — or in the mirror — that give an extra punch.

Taylor-Joy provides an excellent counterpart, projecting an icy cool facade of glamor and impervious confidence while never letting you forget about the rapidly increasing pain and desperation bubbling under it. Smith is gratifyingly slimy as a smooth-talking ne’er-do-well, while Stamp adds a wonderful bit of menace in his mysterious appearances. Rigg is as exquisite as she always was, and manages to save a couple of scenes that might have fallen apart in less capable hands.

Michael Ajao is a minor revelation as Ellie’s friend and burgeoning love interest. Radiating gentle empathy and a well of subtle emotion, he’s wonderful to watch. It’s a shame he’s not given more to do than generic support and pining. 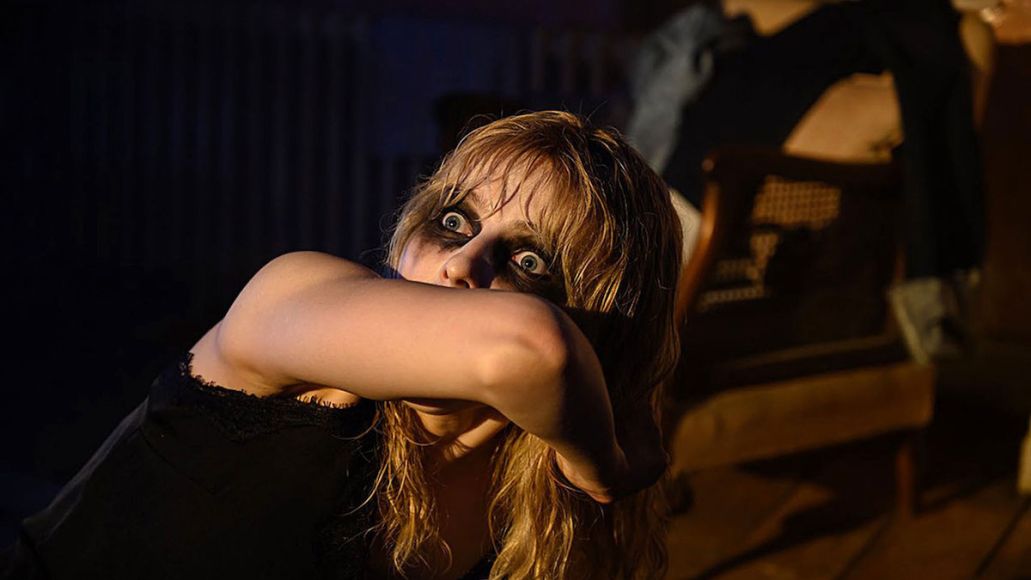 Too Much to Dream Last Night: When Sandy and Ellie’s lives spin out of control, the plot goes right along with them. Which isn’t necessarily a bad thing in and of itself. Many a satisfying cinematic nightmare has been built on half-told stories that don’t make a lick of sense if you stop to question them. And Last Night in Soho is a delightful if mystifying ride while the unapologetic confusion lasts.

The trippy fun lurches to an end, though, when Wright and Wilson-Cairns attempt to shove their careening slivers of plot back into a coherent storyline with an expository denouement. What results is a film stumbling back and forth between two very different cinematic experiences even more turbulently than it tosses around its heroine.

Too aimless in the second act to be a taut thriller and too beholden to narrative convention in the end to truly flirt with the avant-garde or the underground, Last Night in Soho never fully lives up to any of its ambitions. It looks incredible. It often sounds good. It’s performed skillfully. It’s packed with good moments. But this dizzying embarrassment of riches never becomes more than the sum of its parts.

The Verdict: Anyone who has a heart for 1960s London and its cultural output will find something to appreciate in this sleek and stylish love letter to the era. Anyone who likes either of the types of films that Last Night in Soho is trying to be will probably find something worth watching in it, too. Few will get any proper satisfaction from it, though.

Where’s It Playing? Last Night in Soho went out on the town in Toronto when it premiered at TIFF on September 10th. It club hops its theatrical release on October 29th.