The Pitch: Before he became the Tony Soprano, little Anthony Soprano (Michael Gandolfini) was a rambunctious teen growing up on the mean streets of Newark in the 1960s and 1970s. Linked by blood to, but disconnected from, the inner workings of the DiMeo crime family, he only looks into his family’s life of crime from the periphery. But even more than his father, “Johnny Boy” Soprano (Jon Bernthal), the man who’ll inspire him to enter the Life is his uncle, Dickie Moltisanti (Alessandro Nivola), father of Christopher, the boy whom Tony will suffocate in a car one day.

This is the story of how the DiMeo mob survived the heady ’70s, a time awash in race riots and the specter of Vietnam, and how one man’s personal failings will drive another to follow in his toxic footsteps.

All My Life…: While people will be able to see Many Saints of Newark in a movie theater if they so choose, everything about its presentation screams “feature-length extension of a prestige TV series.” Director Alan Taylor (an HBO Peak TV stalwart) moves his camera admirably, though without offering much flash; Kramer Morgenthau’s desaturated cinematography drains the life out of its ’70s setting, which gives it the cold feeling of a fading memory. It’s certainly slicker, but Chase and Konner’s script is pure Sopranos, even with the period setting.

There’s certainly an appeal to seeing younger versions of the characters we’ve come to know and love, inhabited by game actors doing their best to inhabit the original cast’s spirit: Vera Farmiga is an incredible Livia, snorting every passive-aggressive scoff through a big prosthetic nose as we get to see where Tony’s resentment of her comes from. Corey Stoll is also an admirable Junior, inhabiting his mannerisms even as he’s pushed a bit to the background (and provides notable, if frustratingly incongruous, fuel for major elements of the plot later on).

On the other hand, Billy Magnussen and John Magaro are distracting as young Paulie and young Silvio Dante. Sure, it’s fun to see them put on the characters’ signature scowls and show us the origin of Silvio’s pompadour wig, but the script pushes them to the background so much they’re left with little to do but don the aesthetic markers of these two iconic mobsters, like they’re kids on Halloween. 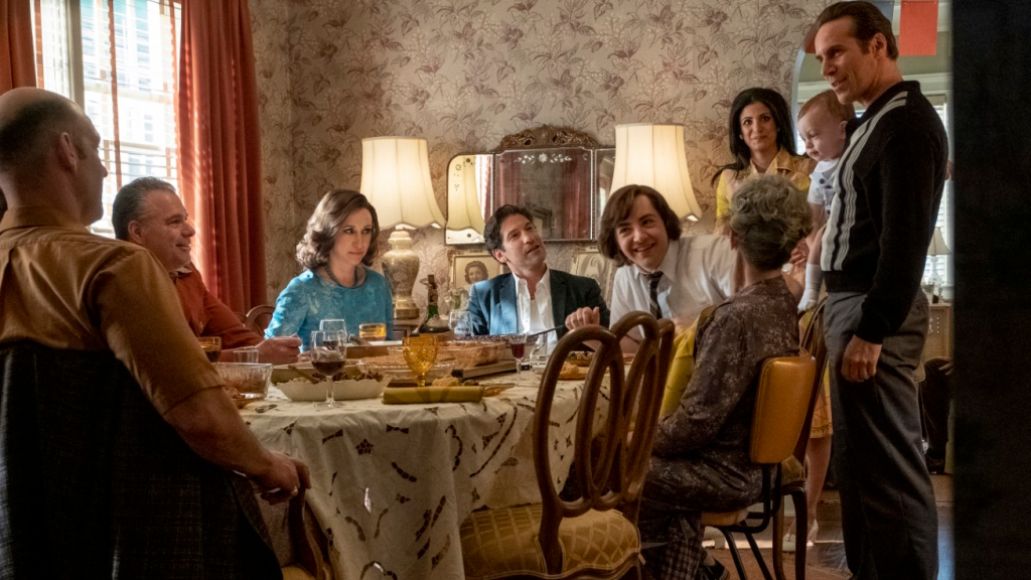 The Many Saints of Newark (Warner Bros. Pictures)

The smartest move Chase and Konner made is to center the main story around Dickie — a character who can exist on his own within the confines of this movie, who can serve as a pattern for Tony’s future grapples with the amorality of crime life. Like Tony himself, Dickie is a man who wants to think of himself as good, and tries to find ways to compartmentalize the evils he does.

After a first act in which his father, “Hollywood Dick” Moltisanti (a blusteringly funny Ray Liotta), finds himself dead, Dickie takes refuge in the counsel of his inmate uncle Sal (also Liotta, quieter and more contemplative). “I wanna do a good deed,” Dickie stresses. The weight of his crimes presses down on him, especially as he takes his dead father’s young, Italian wife Giusseppina (a luminous Michela De Rossi), and his control of the gang brings him into conflict with an old friend (Leslie Odom Jr.) over who controls an increasingly racially-divided Jersey. And by film’s end, all these things may just swallow Dickie whole.

Chip Off the Old Block: While Newark is, ostensibly, Dickie’s story at its core, it’s also the tale of how Dickie’s influence on Tony ripples outward into his encroaching life of crime. Tony looks at the events of Newark from the outside in, a young, bratty kid with no positive male role model, especially after his dad goes away in 1967 in the most formative years of Tony’s life. As a nine-year-old (William Ludwig, who looks the absolute spitting image of AJ in the early seasons of the show), he starts a betting pool on how many students are truant at his school; as a teen (Gandolfini, son of James), he beats up the Mr. Softee guy and nervously accepts a pair of speakers that “fell off a truck.”

More than just the physical resemblance, Gandolfini is a fine actor in his own right, and his personification of young Tony feels the most like its own interpretation than the rest of the returning characters, who often feel more like impersonations. He’s lanky, with chipmunk cheeks and a floppy ’70s haircut, a boy uncomfortable in his own body just as he starts to figure out what kind of man he wants to be.

He’s not doing a 1-to-1 impression of his dad, and that makes his performance feel even more vital and intriguing to watch. There are glimmers of James in there, but they come out in a rare glance, a wry remark, the way he messes with his food ad nauseam before eating. If there’s one reason to watch Saints, it’s for Michael. 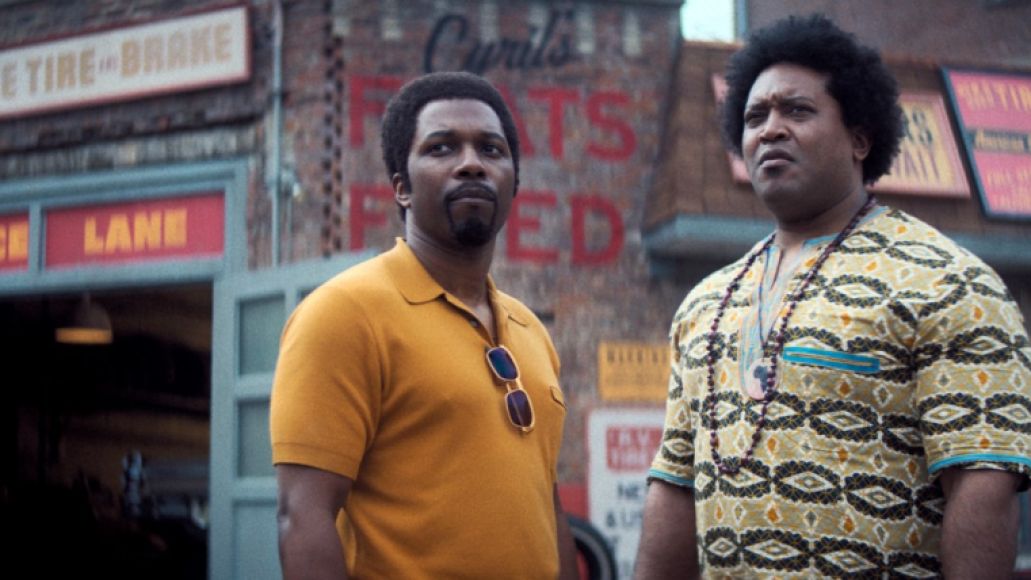 The Many Saints of Newark (Warner Bros. Pictures)

The Verdict: David Chase’s The Sopranos is arguably the Urtext for our modern era of prestige television — it cemented HBO as more than Simply TV — and its 2007 finale is one of the most hotly-contested endings in the history of the medium. What set it apart from the bevy of other gangster stories that preceded it was its modernity: It was a tale of shifting norms in masculinity, of the old ways struggling against the onset of the 21st century. (Its essential premise, after all, was, “What if Henry Hill started going to therapy?”, a premise explored in Analyze This mere months before the show premiered.)

So to come back 13 years later with a ’70s-set prequel film about Baby Tony Soprano might seem like gilding the lily, of giving us too much of a good thing.

Luckily, Sopranos co-creator David Chase and frequent show writer Lawrence Konner remembered that we want more than just a Joker-fied Sopranos prequel; for superfans of the show, it’s a great addition to the lore and a potent companion piece to the series’ many thematic preoccupations. But if you don’t already know your Richie Apriles from your Artie Buccos, its shaggy structure and prequelizing of its characters might just lose you.

Where’s It Playing? The Many Saints of Newark wakes up and gets itself a gun in theaters and HBO Max October 1st.