Mastodon recorded Hushed and Grim over the past year in Atlanta with producer David Bottrill, who is known for his work with Tool, Rush, Muse and Peter Gabriel, among others. The album boasts 15 tracks that cover the gamut of genres, from heavy metal to psychedelia to punk. Hushed and Grim also serves as a musical tribute to Mastodon’s longtime manager Nick John, who passed away in 2018 following a battle with pancreatic cancer.

“For as much as Hushed and Grim is steeped in one of the darkest periods of the band’s career, its light shines through in a fully realized manifestation of not only everything Mastodon was, but everything Mastodon can be — and more,” a press release states of the new album.

Watch the video for “Pushing the Tides” and check out the artwork and tracklist for Mastodon’s Hushed and Grim album below. Pre-order the album via the band’s merch store or Amazon. 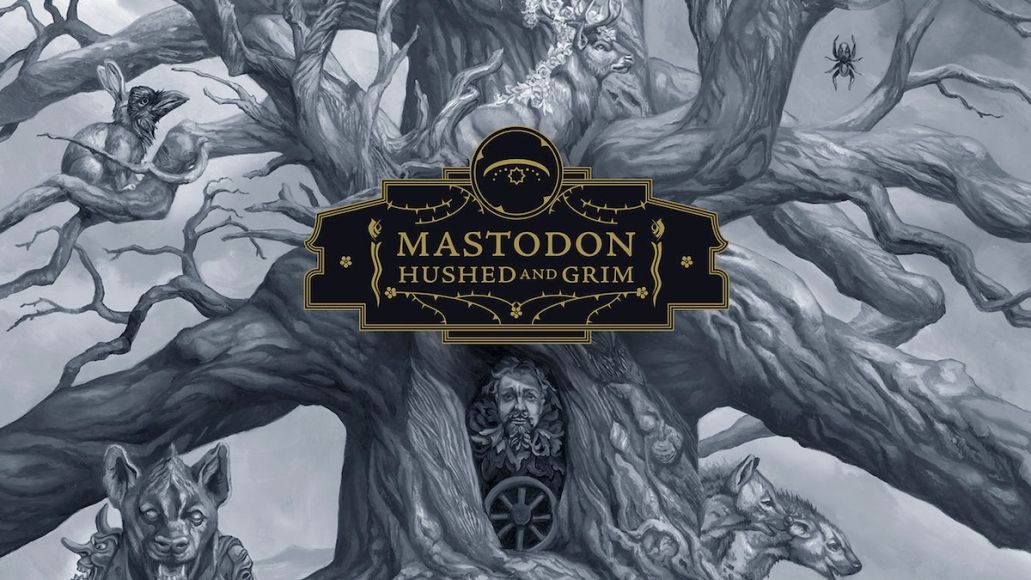