Mastodon and Opeth have announced a co-headlining fall 2021 US tour with support from Zeal & Ardor.

The coast-to-coast trek kicks off November 16th in Asheville, North Carolina, and heads up the East Coast before routing through the South. After hitting the West Coast, the tour wraps up on December 5th in Denver.

Mastodon will be out in support of their forthcoming album, Hushed and Grim, recorded over a 12-month period with producer David Bottrill. Openers Zeal & Ardor should also have new music in their setlist, with the avant-metal act set to drop a new self-titled album on February 11th, 2022.

Meanwhile, progressive metal vets Opeth played one of the last theater shows we saw prior to the pandemic. The band looks to head back out in support of its most recent album, In Cauda Venenum.

See the full list of dates and the poster for Mastodon and Opeth’s co-headlining fall 2021 US tour below. 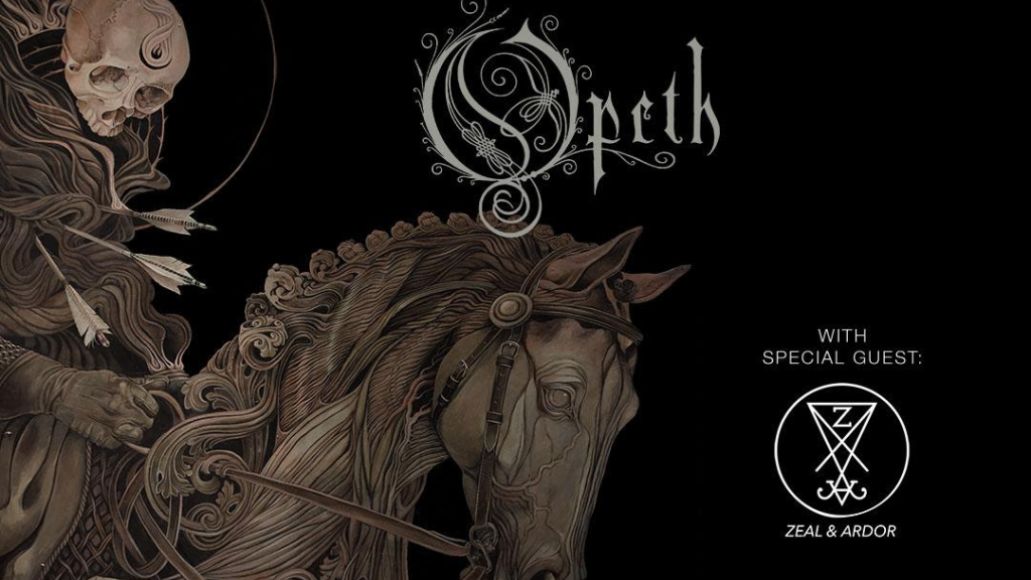