With Track by Track, artist are asked to reveal the inspirations and stories behind each track on their new album. Today, Mini Trees gives us deeper insights into her debut album, Always in Motion.

Mini Trees has today unveiled her debut full-length album, Always in Motion. Stream it below via Bandcamp.

Coming via Run for Cover Records, Always in Motion is the first full-length project from Los Angeles-based songwriter Lexi Vega. The collection of indie pop tunes — including previous Song of the Week Honorable Mention “Carrying On” — finds Vega grappling with the collective anxieties of the last 18 months.

“Over the course of the album I teeter-totter between having questions and wanting answers, but the resolution is to be okay with not knowing,” Vega said in a press release. “I think I do find some acceptance along the way, but the album purposefully concludes with no real resolution.”

For more insight on Mini Trees’ Always in Motion, Vega has broke the LP down in our latest Track by Track interview. Read details about each of the effort’s 10 tracks underneath the exclusive Bandcamp stream below.

Vega will support Always in Motion on tour this fall with Tasha and S.Raekwon. Get tickets via Ticketmaster.

“Moments in Between”:
“Moments in Between” was the first song I wrote for the album so it felt fitting to put it first in the sequence. Writing it helped me take my mind off of the anxiety I felt at the start of the pandemic as I wrote about looking ahead to a brighter future beyond COVID, and behind towards happier memories.

“Doomsday”:
“Doomsday” is kind of reminiscent of one of my older songs, “Slip Away,” in that it’s this dark dismal song that is masked by a bubbly, fun exterior. The lyrics in the chorus ask, “Who will be left?” a very intense fear I had around who I might lose to COVID.

“Underwater”:
“Underwater” is the first song I’ve written where I really stick to one analogy, in this case one of being tossed around at sea. My producer, Jon, and I wrote this song together in the studio and as I sat down to write lyrics for it, the sliding high strung guitars made me think of waves, and the pulsating motion of the ocean.

“Cracks in the Pavement”:
“Cracks in the Pavement” is a song about questioning myself, wondering if I’ve made the right choices in life and if I’m happy with who I’ve become. Throughout the song I follow this character around hoping for some sense of fulfillment, but ultimately conclude with a realization that the discontentment I felt was a larger internal issue I needed to deal with.

“Youth”:
“Youth” is a song that grapples with the tension I feel around faith, and my experience being hurt by it, but also being completely held together by it. The line, “I lost my sense of wonder in my youth,” refers to losing my dad as a child and being forced to deal with the harsh reality that many things in life can’t ever fully heal over; they kind of just change you forever.

“Spring”:
“Spring” is one of the few “love songs” I’ve ever written, but it’s not completely blissful and carefree. It imagines growing old with the person I love, but it also confesses the insecurity that comes with being that vulnerable and bonded with another person.

“Carrying On”:
“Carrying On” was inspired by a trip I took to the desert mid-pandemic to get out of the city for a little while. The lyrics use somewhat surrealist imagery, describing seeing patterns changing shape or feeling like I’m sinking into the floor, a metaphor for how nightmarish and surreal the pandemic felt.

“Differently”:
“Differently” is a song I wrote about childhood, family, and wishing things could have panned out differently for us. It hones in specifically on my relationship with my sister, and how she’s the only other person in the world who shares the experience of losing our dad.

“Numb”:
“Numb” began as a challenge to myself to write a song in 5, which is a time signature I’ve always liked jamming in, but it eventually took shape as an actual song. The lyrics discuss the feeling of emotional fatigue and the temptation to choose apathy as an easy way out instead of properly feeling and processing the weight of everything. 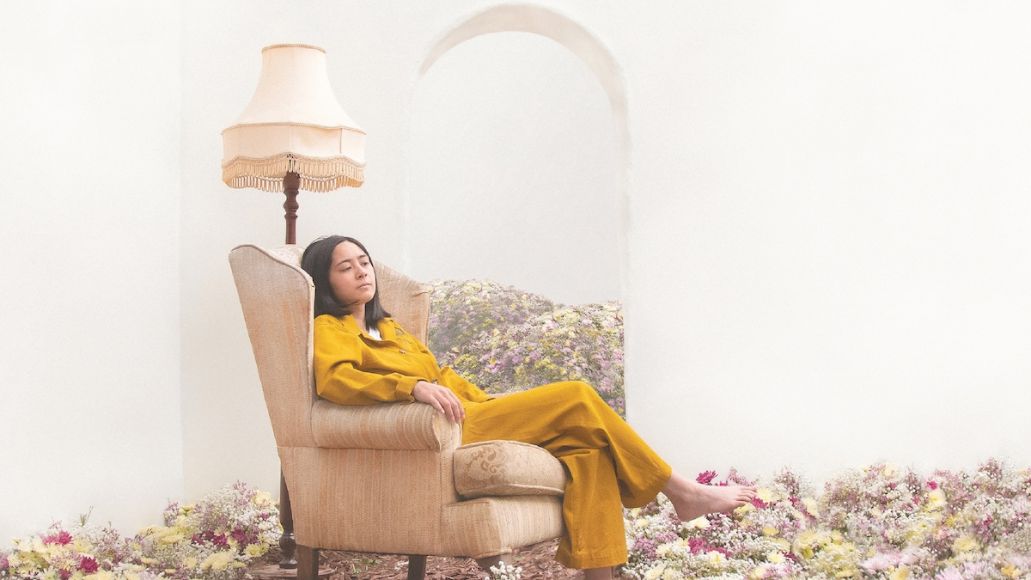 “Otherwise”:
I wrote “Otherwise” about a close friend who lost her mom to cancer last year, and how despite wanting to comfort her, I couldn’t help but also be reminded of the confusion and despair I still feel about my own loss. This song closes out the album because I liked the idea of ending on an unresolved note, a recognition that there will always be unanswered questions, but as time keeps ticking along and moving forward, we will too.