In August of 2019, My Morning Jacket performed at Queen’s Forest Hills Stadium, part of a special four-show stretch after a nearly two-year hiatus. The gigs were also billed as their last for a potentially longer period (and that was even without the unexpected virus that shelved all live music for over a year). Thankfully, the threat of another break — or full-on retirement — was staved off by the shows themselves, inspiring the band to get back in the studio and continue on.

Two years and one month later, MMJ returned to Forest Hills on Friday, September 10th for the first concert of a two-night stint. A new self-titled record — their first freshly recorded material in six years — is on the horizon; pandemic lockdowns are in the rearview (for now); and the Jacket’s brand of jammy, psychedelic, ripping rock is ready for a return. The setlist they put together last night may not end up competing with Saturday’s (whoever gets “One Big Holiday” usually wins, and Friday’s crowd did not), but even so, it signaled that this third act of My Morning Jacket has potential to be one of their best.

Before Jim James and co. took the stage, Brittany Howard, the powerhouse vocalist behind The Alabama Shakes, opened the show. There aren’t many with the seemingly natural prowess of Howard, who posses a voice and guitar chops that cannot be denied. She transmogrified that energy into a feel-good set of soulful, funky roots rock to kick things off, her backing singers adding to the positive vibes. But frankly, it was a bit hard to get sucked into Howard’s performance; when you’re waiting to see My Morning Jacket for the first time in two years, with a pandemic’s worth of live music deficiency, you kind of just want to see My Morning Jacket.

There was one moment that particularly connected to the rest of the night’s essence, however. Before going into “Baby,” she told the crowd with a relieved smile, “Now that feels better. I been hanging onto that all day.” (I believe she was coming out of a cover of Funkadelic’s “You and Your Folks, Me and My Folks,” but maybe don’t quote me on that.) What struck here was that she was talking about a single day.

We’re a few weeks into the return of live music, and already there’s a feeling that it’s almost fully back. As artists get more comfortable up in front of audiences again, they’re not so intently focused on the troubles of the last two years, even as they’re still ongoing and multiplying. Howard wasn’t talking about letting out the pent up emotions of 2020; she was talking about the feelings of this one day. 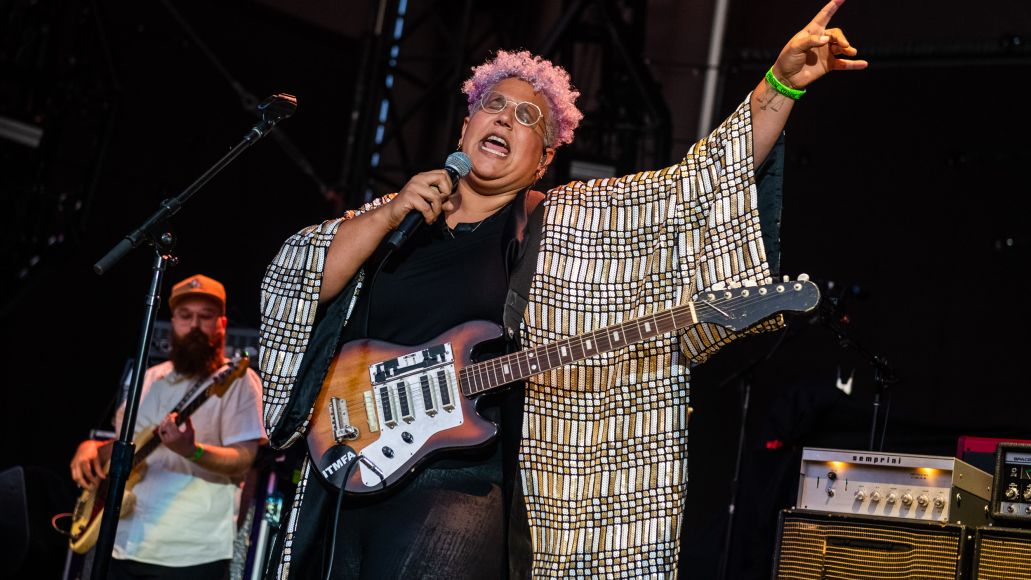 Even My Morning Jacket’s set reflected this. James has never been much of a talker during shows, and indeed the only break he took during MMJ’s time was to mention the whole thing was being recorded for a Global Citizens event dealing with climate change, love, etc etc. Still, with songs like “I’m Amazed” (“I’m amazed at the TV stations/ I’m amazed at what they want me to believe”) and “Wonderful (The Way I Feel),” there’s plenty the band delivered that could have been direct commentary on the state of things. In fact, the “Wonderful” lyrics “I’m going where there ain’t no police/ I’m going where there ain’t no disease” elicited only tepid, weary cheers, with most coming on the second line. A year ago, in the thick of BLM and COVID-19, the crowd would have been an uproar.

It seems we’re all pretty tired of being tired, and returning to shows means escaping from the world for a few hours, not searching for reflection of it. Forest Hills Stadium was never more than a third filled at the peak of attendance last night, evidence that people are still well aware of the dangers and uncertainty of our world as 2021 grinds on towards 2022. If you made the choice to be in that crowd, you weren’t looking for someone to remind you how just awful things are; you were looking for someone to remind you how good they can be.

My Morning Jacket delivered that reminder. The extended hiatus and focus on his solo work seems to have fully reinvigorated James for the band setting, as he admitted to being “burnt-out” ahead of the 2019 shows. Now, he’s finding something new in the material MMJ has been performing for the last two decades, adding completely new notes and solos to classic cuts like “Off the Record.” On penultimate track “Phone Went West,” the band interpolated “Everyday People,” the kind of playful out-of-pocket changeup that hadn’t appeared as frequently in their live shows in years. 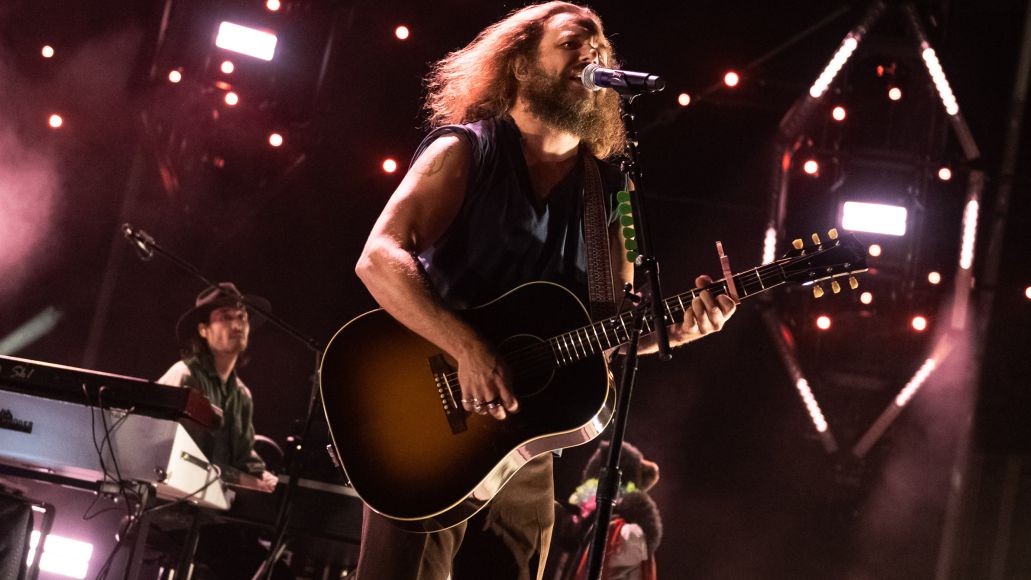 Then there was closer “Mahgeetah,” where before the final ripping outro, the music and lights cut out to shine a spotlight on James off to the side of the stage. He pulled back his hair and smiled out at the screaming crowd, letting the fans’ appreciation wash over him. Then he walked back to his bandmates, took a fighting guitar stance and dropped in with a roaring guitar riff. Clearly, he’s having renewed fun as part of My Morning Jacket again.

And so are his bandmates. Carl Broemel left his feet multiple times during “Mahgeetah” and “Believe (Nobody Knows),” while the normally stoic and focused Tom Blankenship could be seen beaming as he faced drummer Pat Hallahan on “Circuital.” These guys have never been anything but locked into one another, but there was a revitalized joy this time rather than immaculately practiced pattern.

That seems to extend to the band’s entire catalog. The show featured material from all but one of MMJ’s albums (The Tennessee Fire being the only absentee), including a shocking three-three split from The Waterfall and The Waterfall II. The latter is something of a B-sides collection, acknowledged by the marketing behind the upcoming My Morning Jacket. But dropping “Wasted” as a main-set closer shows the band is just as confident in that LP as anything they’ve done. 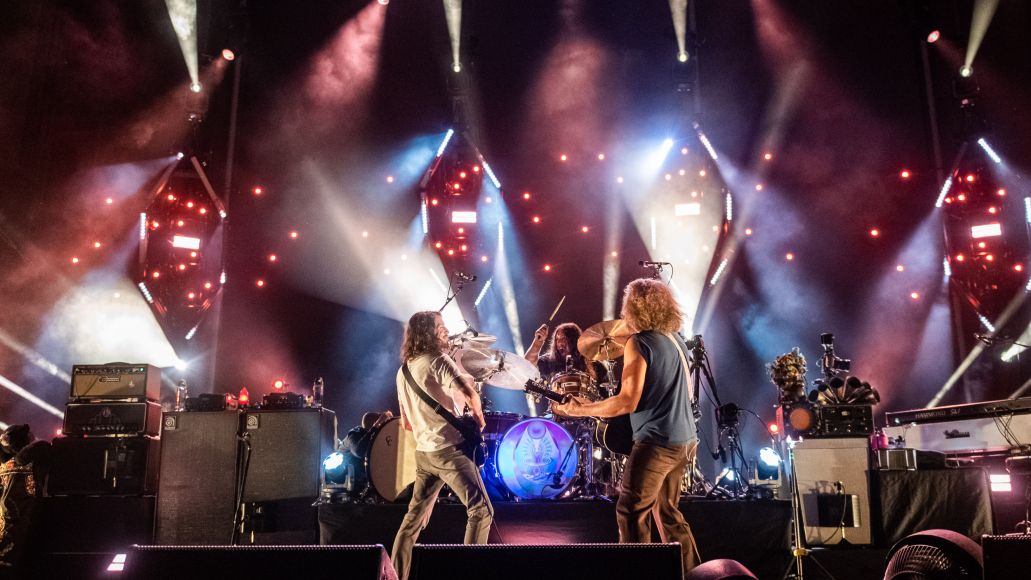 We also got new tastes of the self-titled record, including the jaunty “Lucky to Be Alive” (those lyrics about “Well they cut off all the bread that used to keep us fed/ So thanks for coming to the show” certainly fit with the night’s larger theme of music as respite). MMJ also debuted a brand new song, “Love Love Love,” a bright, grooving track that clearly is a nephew of The Waterfall. Both were highlights amongst a set that lacked crowd pleasers like “Victory Dance,” “Touch Me I’m Going to Scream Pt. 2,” or “Steam Engine.”

Which is yet another sign that this next phase of MMJ is going to be a special one. The new material sounds like some of their best since Evil Urges, the band feels rejuvenated, and Jim James feels more centered than he has in years. This is all building to one massive next year for this group — and with the return of live music and a desperate need for reverie, there’s no one better to lead the rock revival than My Morning Jacket.

Setlist:
Wordless Chorus
Circuital
Spring (Among the Living)
Lucky to Be Alive
Feel You
I’m Amazed
Love Love Love (Live debut)
Off the Record
Wonderful (The Way I Feel)
Believe (Nobody Knows)
In Its Infancy (The Waterfall)
Run It
Dondante
Wasted 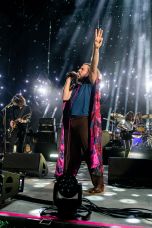 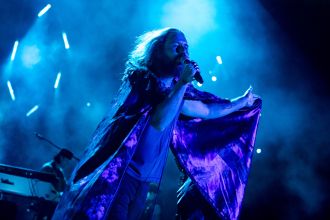 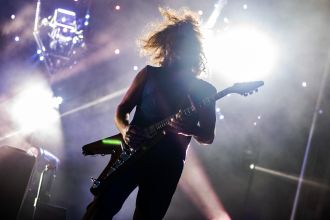 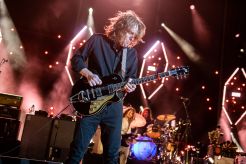 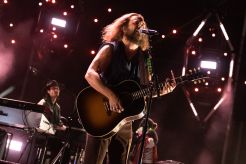 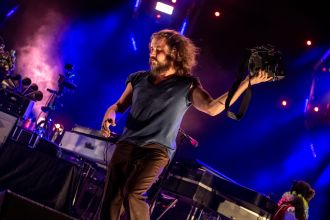 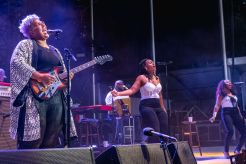 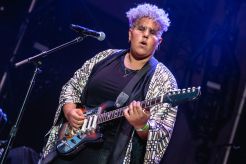