After two days of questioning whether COVID-19 vaccines were safe, Nicki Minaj says her Twitter account has been temporarily suspended. In her Instagram stories today, September 15th, she wrote, “I’m in Twitter jail y’all. They didn’t like what I was saying over there on that block.”

All of her previous Tweets about COVID-19 remain live, but for the time being, she claims to have been locked out of further posting. However, a Twitter spokesperson told Vulture and Huffington Post’s Philip Lewis that they “did not take any enforcement action” on her account.

Minaj first expressed her vaccine hesitancy in the run up to the Met Gala, when she tweeted that she wouldn’t attend the fundraiser because, “They want you to get vaccinated for the Met. if I get vaccinated it won’t [be] for the Met. It’ll be once I feel I’ve done enough research.”

This research included a bizarre anecdote about a friend of her Trinidadian cousin, who purportedly received a coronavirus vaccine only to find his testicles swole up, his sperm stopped working, and his fiancé cancelled their imminent wedding. The story circulated to her audiences of over 100 million social media followers, prompting top health officials in both Trinidad and the United States to clarify that no reproductive issues have ever been linked to the COVID-19 jabs.

“There is no evidence that it happens, nor is there any mechanistic reason to imagine that it would happen,” Fauci said earlier today when asked about swollen testicles.

“There has been no such reported either side effect or adverse event,” Terrence Deyalsingh, Health Minister in Trinidad, said. “And what was sad about this is that it wasted our time yesterday, trying to track down — because we take all these claims seriously, whether it’s on social media or mainstream media. As we stand now, there is absolutely no reported such side effect or adverse event of testicular swelling in Trinidad or, I dare say… anywhere else. None that we know of anywhere else in the world.”

According to the rapper, her final tweet was meant to be a binary poll: “Asking questions is Ok,” or “I like being fking dumb.”

Update: In a tweet on Thursday, Minaj claimed that she had been invited by the White House to discuss vaccine hesitancy. However, a White House official said in a statement that no such invitation was extended. Rather, “we offered a call with Nicki Minaj and one of our doctors to answer questions she has about the safety and effectiveness of the vaccine.”

Last Friday, Minaj’s husband Kenneth Petty pleaded guilty for failing to register as a sex offender. Both members of the couple are currently being sued by the victim of his attempted rape for alleged harassment and witness intimidation. 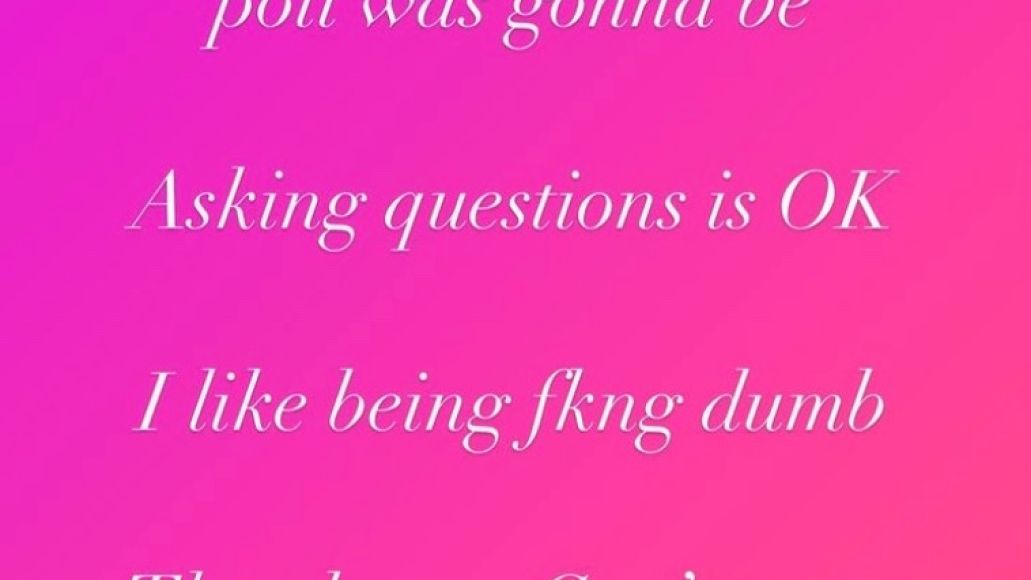 fyi: A Twitter spokesperson tells me they "did not take any enforcement action" on Nicki Minaj's account

The White House has invited me & I think it’s a step in the right direction. Yes, I’m going. I’ll be dressed in all pink like Legally Blonde so they know I mean business. I’ll ask questions on behalf of the ppl who have been made fun of for simply being human. #BallGate day 3 https://t.co/PSa3WcEjH3