Pavement have announced a European reunion tour. Following a pair of festival appearances in June, the band’s first live shows in more than a decade will take place in October and November.

After headlining at Barcelona’s Primavera Sound and Porto’s NOS Primavera Sound, Stephen Malkmus and co. will reconvene in October for eight shows in the UK, including a four-night residency at London’s The Roundhouse. Subsequent dates include stops in Paris, Copenhagen, Berlin, Amsterdam, and Dublin.

The beloved indie rockers last toured in 2010. To the excitement of fans, Pavement revealed In June 2019 that they would be reuniting at the 2020 edition of Primavera Sound, but the festival was canceled due to the COVID-19 pandemic. They were all set to headline this year’s edition, but it too was scrapped.

Tickets go on sale for Pavement’s tour at various times on Friday, September 10th, and Saturday, September 11th. Check out the complete schedule below for full details. Pick up tickets at Ticketmaster or on the secondary market here. 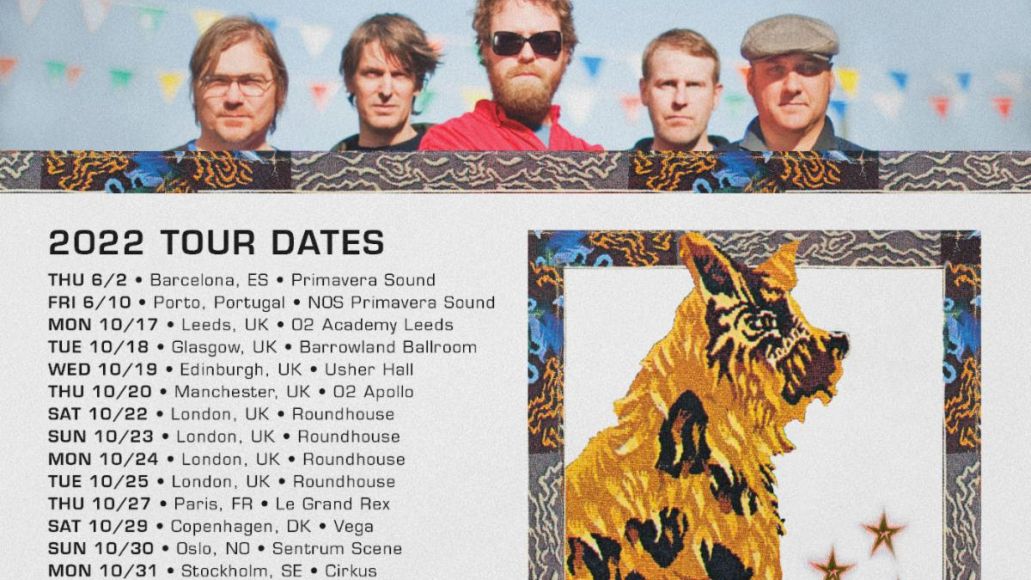