Pink Floyd are breathing new life into some of their old fan favorites. Today, the prog rock legends have announced A Momentary Lapse of Reason – Remixed & Updated, a re-vamped version of their 1987 record. Out on October 29th, this version of A Momentary Lapse of Reason promises to exhibit “a better creative balance” throughout its tracklist. Update: Stream the album in full below.

“Some years after we had recorded the album, we came to the conclusion that we should update it to make it more timeless, featuring more of the traditional instruments that we liked and that we were more used to playing,” the band’s David Gilmour said in a statement. “This was something we thought it would benefit from. We also looked for and found some previously unused keyboard parts of Rick’s which helped us to come up with a new vibe, a new feeling for the album.”

Originally made available as part of Pink Floyd’s Later Years box set in 2019, A Momentary Lapse of Reason – Remixed & Updated is now receiving its first standalone release. It’ll be available on double vinyl (cut at 45rpm for enhanced sound quality), CD, DVD, Blu-ray and digitally with Stereo and 5.1 mixes. Additionally, for the first time on October 19th, the album will be presented in 360 Reality Audio, as well as in Dolby Audio and UHD.

Below, check out a new released video for “Learning to Fly” featuring the new mix.

To get in the spirit for A Momentary Lapse of Reason – Remixed & Updated, revisit Consequence‘s feature on how Gilmour transformed Pink Floyd into the legendary band they’re known as today. 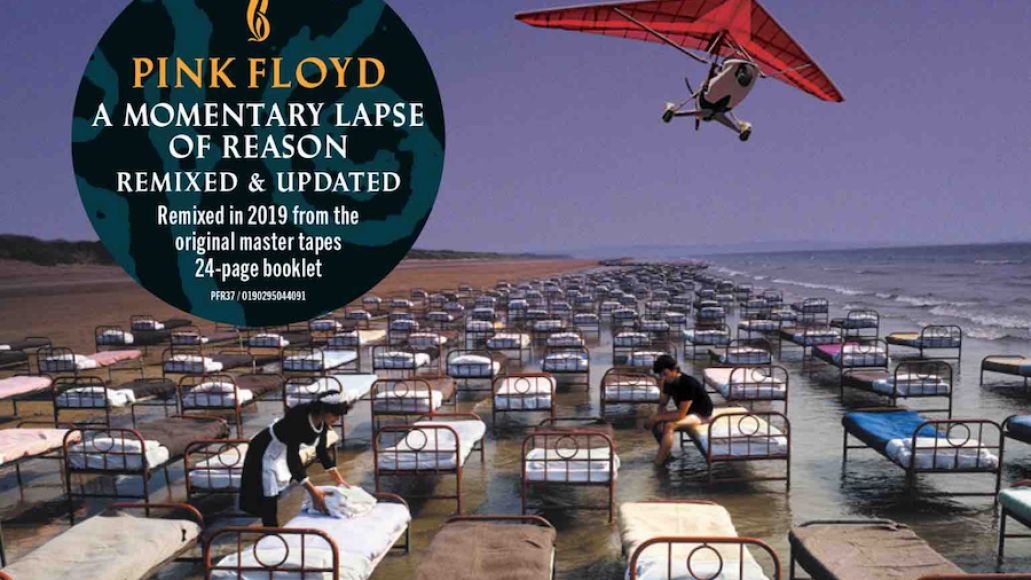