In a special edition of Origins, Slothrust’s Leah Wellbaum reveals the inspirations behind the project’s new album, Parallel Timeline. Plus, the band shares an advanced stream of the effort ahead of its official release.

Slothrust’s new album, Parallel Timeline, isn’t officially out until Friday, but the Los Angeles indie outfit are sharing it a day early. Stream the band’s fifth full-length record in full below via the accompanying YouTube visualizer playlist.

Officially out September 10th via Dangerbird Records, Parallel Timeline finds Slothrust amplifying their sound with new, experimental production and performing techniques. Leaning heavily into audacious improvisation, the sonic landscapes became the perfect canvas on which bandleader Leah Wellbaum could paint with the brush of her inner child, “a voice that allows ideas to flow freely and without censorship.”

The resulting 10 tracks are some of the strongest of Slothrust’s career, filled with poetic honesty and precise, captivating guitar work. Early singles showed off the album’s moments of bluesy garage rock (“Cranium”), haunting (“Strange Astrology”) and catchy (“Once More for the Ocean”) indie, and melodic grunge (the Lzzy Hale-featuring “The Next Curse”). Co-produced by Billy Bush with mastering from Heba Kadry, Parallel Timeline can now be experienced in all its glory below.

Under the stream, Wellbaum gives Consequence an exclusive breakdown of the album for our Origins series. As she explains, much of the LP is about realizing that what we see is not necessarily the way things are, both for ourselves and the world around us.

“There is an optical illusion that occurs if you stare at our album art and then look at a white space and blink,” she explains. “Your brain inverts the colors of the inverted rainbow we present on our cover and what you see is a traditional rainbow. For me this is a symbol of the way we can become so bound to our reality that we forget life is full of illusory experiences and there is always more to be seen.”

Pre-orders for Slothrust’s Parallel Timeline are available here. You can also catch the band on tour later this fall with Manchester Orchestra and Foxing, with tickets on sale at Ticketmaster or on the secondary market. 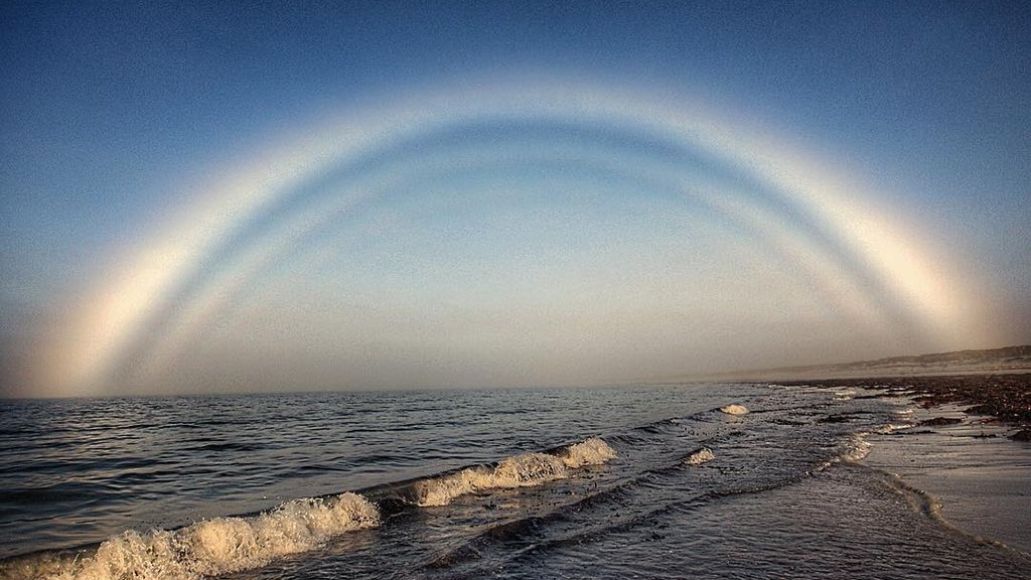 We think we know what a rainbow looks like. So many of us see the classic ROYGBIV arched rainbow when we picture one in our mind, but there are so many different types of lesser-imagined rainbows and these are the ones I have fallen in love with. I often wonder how many types of rainbows are out there that we cannot perceive. Rainbows are an optical illusion that occurs when light refracts through moisture in the atmosphere. As a child they feel like impossible magic, a gift from the sky. We are so certain we know what we are looking at and what we are experiencing in this world, but it is impossible to know a lens other than our own. This is a guiding theme that steered the material you hear on Parallel Timeline. These songs are about a search for the truth and an acceptance that we may never have the answers we are looking for.

One of my favorite rainbows is called the fogbow, or the “white rainbow.” These are incredibly rare and in many ways antithetical to what I understood rainbows to be when I was younger. They are a reminder to keep an open mind in order to access some of life’s greatest mysteries and delights.

There is an optical illusion that occurs if you stare at our album art and then look at a white space and blink. Your brain inverts the colors of the inverted rainbow we present on our cover and what you see is a traditional rainbow. For me this is a symbol of the way we can become so bound to our reality that we forget life is full of illusory experiences and there is always more to be seen. 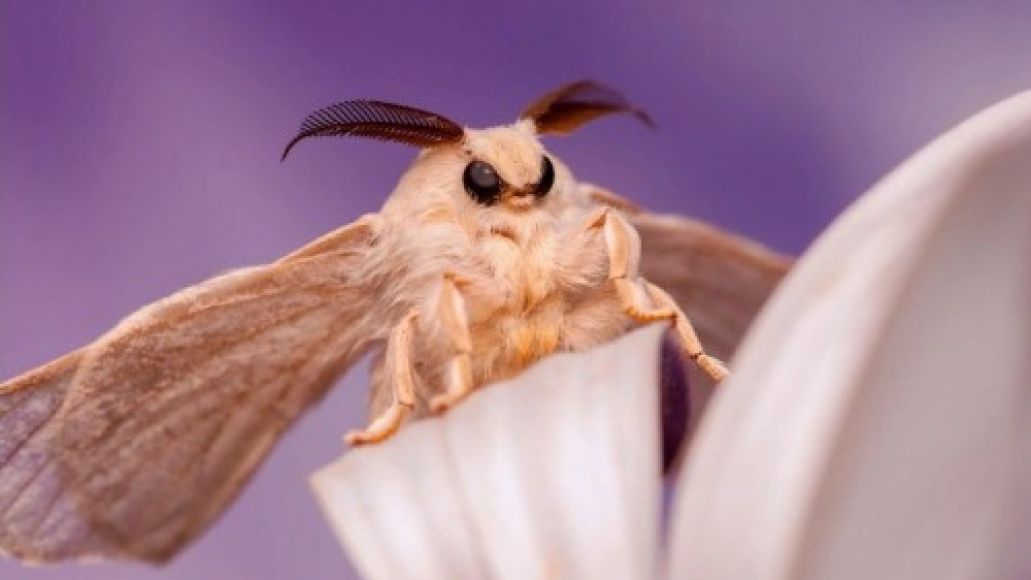 When we think of epic transformation, the butterfly immediately comes to mind. Butterflies begin as ornate caterpillars that go through magnificent stages to become the colorful, iridescent creatures that they are. But moths go through this transformation as well, yet it is not celebrated the same way. I think of moths as a companion to the inverted rainbow, the same way that butterflies and conventional rainbows are often paired. The iconography I chose for this record is all familiar, but is not quite as it seems. There is a feeling I try to capture on this album of looking for an obvious answer, only to realize it was just slightly to the left of where you thought it was.

The Wizard of Oz: 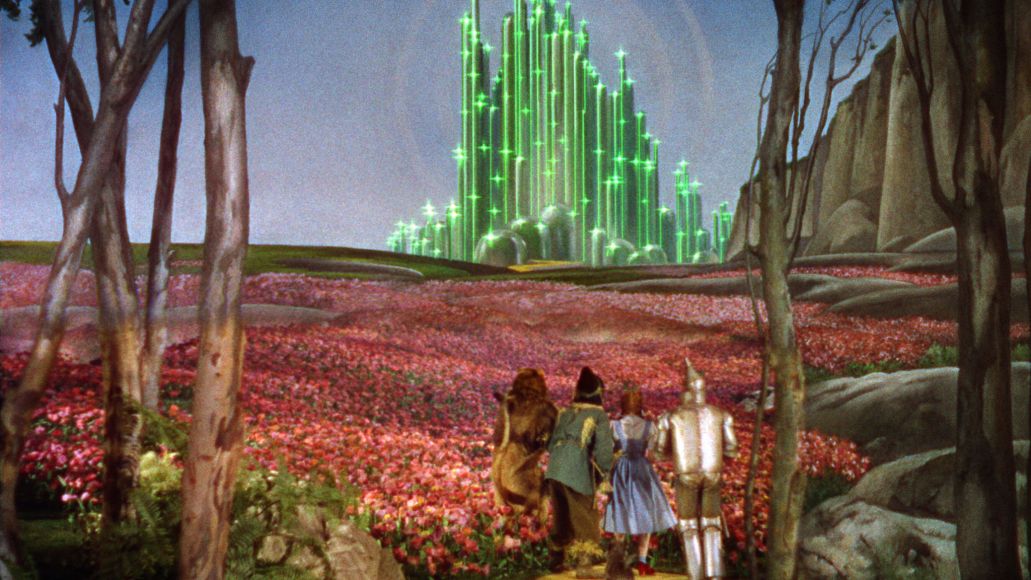 The Wizard of Oz (MGM)

The Wizard of Oz has been a favorite move of mine since I was a child. It blew my mind the way that all of the characters in the black and white section of the film become transported to another technicolor realm to play adjacent archetypal versions of themselves, all in search of healing and answers. Parallel Timeline addresses the desire to heal, but not entirely knowing how. But just as we see in Dorothy, the most vibrant and powerful healing is something that comes from within. I am a big believer than dreams can offer some of the best healing out there. The other timelines are all inside of you if you close your eyes and let them arrive.

This song inspired me to think about the guitar as a singer. The guitar solo on this track is so emotive and feels like a character I could reach out and touch. This is something I tried to bring into all of the guitar solos on this album — imagining them as alive and allowing the guitar to play me instead of me playing it. 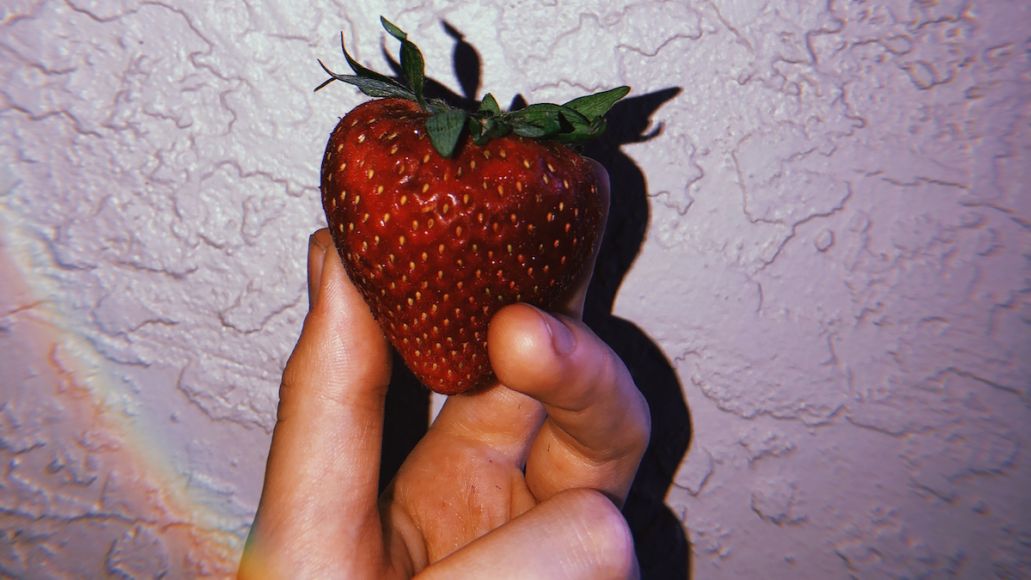 It is no secret that I am obsessed with fruit. In many ways this album is about searching for the truth, and trying to understand your place and purpose on Earth in this lifetime. Einstein said that one of the most important decisions you make everyday is whether or not you believe the universe is friendly or hostile. To me, fruit is a sign that the universe is indeed friendly, even if it doesn’t always feel that way. It is proof of the processes, patterns, and sacred math beyond our comprehension that is working for us and not against. 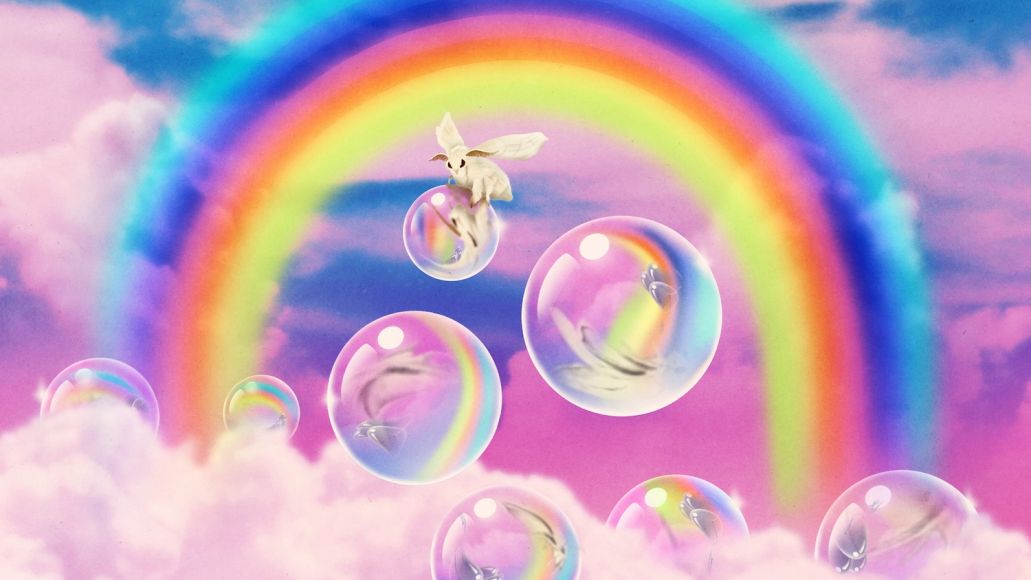