Writing a memoir — the just-published Unrequited Infatuations — has allowed Stevie Van Zandt “to feel a little bit better about my crazy life.”

Crazy busy may be a more apt term. The New Jersey-raised Van Zandt has spent nearly 50 years as a kind of rock ‘n’ roll Zelig or Forrest Gump, piling up credits and achievements that take the casual observer aback when they’re presented together. He’s best known as Bruce Springsteen‘s real-life consiglieri in the E Street Band (as Miami Steve) and Tony Soprano’s fictional lieutenant on HBO’s The Sopranos (as Silvio Dante).

But as Unrequited Infatuations (out September 28th) documents, Van Zandt also brought Southside Johnny & the Asbury Jukes to the world, launched his own band with Little Steven & the Disciples of Soul, helped end apartheid in South Africa with his 1985 protest project Sun City, had a starring role in the streaming series Lilyhammer and a support slot in Martin Scorsese’s The Irishman, and brokered a Rascals reunion for a stage musical.

Van Zandt also boasts a lengthy record production resume, and launched the Little Steven’s Underground Garage radio brand for syndicated radio and on SiriusXM, which in turn led to his own Wicked Cool Records label. He’s active on the Rock and Roll Hall of Fame’s nominating committee and established the Rock Hall Jukebox to honor individual songs. And his non-profit Rock and Roll Forever Foundation created the TeachRock initiative to make rock ‘n’ roll a part of the curriculum for K-12 students, with more than 250 free lessons available so far.

As they say: but wait, there’s more. “I’ve written five scripts, and I think they’re all very good. They’re all hits,” Van Zandt tells Consequence by phone from his home in New York. “I’ve got another 25 treatments. And once in a while, somebody will call me with a script they’ve got for a show.” In other words, there was no shortage of material to fill the 403-page Unrequited Infatuations when he got serious about writing it. 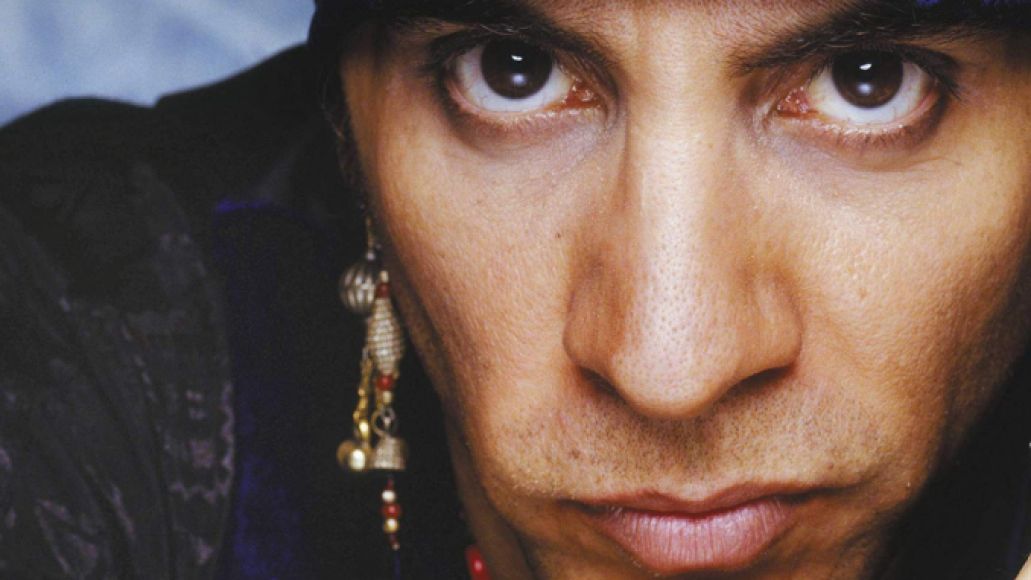 “I tried it, like, 10 years ago, and couldn’t really figure it out,” Van Zandt says. A combination of new management, as well as the relaunching of the Disciples of Soul in 2016 “really helped me find some closures and connect the dots on everything,” he adds. “I basically rewrote the whole thing; I didn’t use much of what I had done 10 years ago at all.”

The major issue in the book is Van Zandt’s decision to leave the E Street Band during the early ’80s, after the making of the Born in the USA album. Van Zandt, who co-produced that set as well as Darkness on the Edge of Town and The River, felt he deserved greater credit than he was getting for his contributions, but Springsteen did not agree.

“It was the one big life-changing moment, y’know, where you veered off of this rather linear path up until then,” he explains now. “I’ve always had very, very strong feelings of feeling that I did the wrong thing by leaving. That’s 15 years of work; I just threw it away.” In one section of the book, however, Van Zandt — who rejoined the band for its 1995 reunion and has been on board since it resumed touring in 1999 — writes about all of the things that came in the wake of his departure, both for himself and for Springsteen and others in his camp.

“You do a lot of things,” he says. “You do these solo records, you become an artist, you do The Sopranos, you do Lilyhammer, you get [Nelson] Mandela out of jail…I considered the ‘90s a completely lost decade until, when you start to go through day by day, month by month, I was doing quite a lot of things in the ‘90s.

An inclusion in Unrequited Infatuations that may raise some eyebrows is Van Zandt’s claim that The Sopranos creator David Chase initially wanted him to play Tony Soprano. “I don’t talk about that often. I don’t bring it up in interviews or anything,” he notes. “It was one of those weird things. [Chase] wanted unusual, new faces and he really thought I could do it, and out of pure ignorance, naiveté, I thought I could do it. Luckily HBO wouldn’t let him,” he chuckles, “So we ended up with one of the greatest actors of all time, Jimmy G [Gandolfini].” Chase wound up creating the Silvio Dante character explicitly for Van Zandt, building on his role with the E Street Band.

“I think David Chase picked up on my relationship with Bruce,” Van Zandt acknowledges, “So I was able to very naturally do that role, ’cause I know exactly what those dynamics are, knowing you’re the only guy who doesn’t want to be the boss. You’re the guy who has to bring him bad news occasionally, ’cause you’re the only guy who doesn’t fear him. Those were attributes I had and knew those dynamics very, very well, and David turned it into the drama that he did.”

Van Zandt calls the upcoming The Many Saints of Newark prequel to The Sopranos “just terrific,” noting that “it’s fun to revisit that world” and praising the late Gandolfini’s son Michael for stepping into his father’s shoes as the young Tony Soprano. “You couldn’t hope for better casting, you know what I mean?” he says. “The guy’s son turns out to be perfect to play the guy’s character. It just makes things so much emotionally smoother.”

Though he’s eschewing traditional books signings due to the continuing pandemic, Van Zandt is busy promoting Unrequited Infatuations, with appearances both in-person and virtual — including a one-on-one conversation with Springsteen on September 28th, and another for San Francisco’s Commonwealth Club, as well as an October 17th event in Asbury Park. N.J. with Springsteen.

Finally, Van Zandt is hoping that it won’t be long before he, Springsteen and the E Street Band are back on the road after releasing the Letter To You album last fall.

“I hope so, but it’ll depend on this damn virus thing,” Van Zandt says. “It’s very hard to plan these days, very hard. But it’s possible. All I can say is I’m gonna give Bruce first priority; If he wants to go out I’m gonna do that for sure, and if not, I’m gonna be looking for another TV show.”

Otherwise, he’d like to keep the Disciples of Soul together. “It’s such a great band, so we’ll see where things go,” he says. “But certainly, E Street’s a priority… if Bruce wants to do that and Covid cooperates, which is still an unknown, man. We’re not handling this very well — the rest of the world, either. But if we can go out there and be safe, I hope we’ll do it.”