In a 2009 chat with Q magazine, legendary producer Rick Rubin pondered his initial interest in working on System of a Down’s 1998 self-titled debut album, confessing: “I loved them. They were my favorite band, but I didn’t think anyone was going to like them apart from a small, likeminded group of people like me who were crazy. No one was waiting for an Armenian heavy metal band. It had to be so good that it transcended all of that.”

That first album was indeed “so good,” but like all great artists, System of a Down weren’t content to simply rehash things on their follow-up; instead, they challenged themselves to fully embrace the sounds and subject matter that they wanted to express. With the help of Rubin, they ensured that 2001’s Toxicity was a markedly more quirky, audacious, provocative, and lucrative collection. Twenty years later, it remains their magnum opus, as well as one of the most admirably diverse, characteristic, and striving LPs — in terms of both its music and messages — in modern metal.

“I think we knew we had a good record [with Toxicity], but we didn’t know what the reaction was going to be,” singer Serj Tankian told Heavy Consequence in early 2021. “I don’t think you ever do, really, especially as the type of band that we were. We were not a radio band. There were plenty of radio bands in rock that were around us that basically relied on singles to sell records. And our first record, we didn’t really have much of a single — I think “Sugar’ was maybe played on some specialty shows or whatever, from that record.”

Not only is Tankian exceedingly melodic and eccentric throughout Toxicity, but Daron Malakian also upped the ante on his singing and guitarwork, guaranteeing that each track was “bulky-sounding” and dynamic. Of course, they integrated a greater array of instrumentation and genres, too, by using sitar, piano, strings, banjo, and even an Armenian Oud to tap into jazz, progressive rock, folk, and Greek music. Many of these decisions — in addition to their need to accentuate immediately engaging songwriting — were inspired by the Beatles.

Likewise, Toxicity discussed a wider array of topics than its precursor, ranging from serious commentaries on police brutality (“Deer Dance”), death (“Chop Suey!”), environmentalism (“ATWA”), and the Armenian genocide of 1915 (“Arto”) to sex, drugs & rock ‘n’ roll (“Bounce” and “Psycho”). Despite the social issues that permeate the album, SOAD rejected the notion that they were strictly a political band.

Famously, they ended up writing and recording dozens of tunes (some of which ended up leaking on the internet as “Toxicity II” before the quartet reworked them for 2002’s subversively titled Steal This Album!). Despite some frustrations over deciding the final tracklist (as well as a brief scuffle between Malakian and drummer John Dolmayan, plus some odd recording techniques for Tankian), the production process — which took place between March and June 2001 at Cello Studios in Hollywood, CA — went relatively smoothly.

Toxicity’s promotion and release, on the other hand, engendered plenty of controversies. The most notorious incident occurred the day before release — on September 3rd, 2001 — when a planned free concert in a parking lot on Schrader Boulevard (in Hollywood) was shut down due to it greatly exceeding capacity. In response, the crowd rioted, destroying roughly $30,000 worth of equipment. Although SOAD were confused, regretful, and upset about the incident, the headline-making event helped them garner more recognition leading into the album’s release.

In addition, Toxicity notoriously debuted at No. 1 on the Billboard 200 on September 11th, adding to the chaos surrounding its release. The 9/11 attacks led to dozens of songs being pulled off the radio, including “Chop Suey,” thanks to its line “I don’t think you trust in my self-righteous suicide.”  Despite these hurdles, Toxicity went on to achieve colossal critical and commercial success.

Tankian further told us, “We were selling records [with our first album] because we were touring the f**k out of ourselves. We were touring with Slayer, we were touring with Ozzfest, we were building a proper base of fans and admirers of the music. So, it was the real way of doing it. And so when the second record came out and it connected with those same fans, as well as radio — when we were not off the airwaves — it did really well.”

Over the past couple of decades, Toxicity has been widely hailed as one of the best heavy albums of the 21st century, with nearly every track remaining laudably emblematic and enticing. Naturally, the Grammy-nominated “Chop Suey!” (originally called “Suicide”) is still an ingeniously infectious display of SOAD’s knack for melding emotive melodies, biting lyricism, intense rhythms, distinguishing singing, and unpredictable stylistic shifts. Its multipart mania and topical attitudes clearly foreshadow future gems like “B.Y.O.B.” Similarly, the title track is a demanding, assorted, and gripping statement about the “toxic city” of Los Angeles. Conversely, the bittersweet — and also Grammy-nominated — ballad “Aerials” is ripe with gorgeously strewn orchestration and observations (“Life is a waterfall / We drink from the river / Then we turn around and put up our walls”).

Beyond the singles, the rest of the LP holds up just as well. Be it the abrasive yet peculiar hysteria of “Prison Song,” “Jet Pilot,” “Shimmy,” and “Needles”; the playful grandness of “Deer Dance” and “Science”; or the mellow charms of the scandalously Charles Manson-influenced “ATWA,” the sequence is virtually always intellectually and musically investigative and dignified. Even SOAD’s first track without guitars, the hidden closer “Arto” — which features Armenian folk/jazz instrumentalist Arto Tunçboyacıyan — is deeply adventurous and poignant.

Serj Tankian on His Film Truth to Power, the Chaos Around Toxicity, and the Time He Feared for His Life

“Some of the songs [on Toxicity] are songs that people grew up with and that’s crazy to me. It also made a lot of people try playing music and experiment more. . . . If you inspire someone, then you do something right,” Odadjian reflected in a 2019 interview with Metal Hammer.

Undoubtedly, the album was the soundtrack to an entire generation, and with its persistently daring focus on fusing numerous sentiments and tactics, it elevated System of a Down’s artistry in every way. 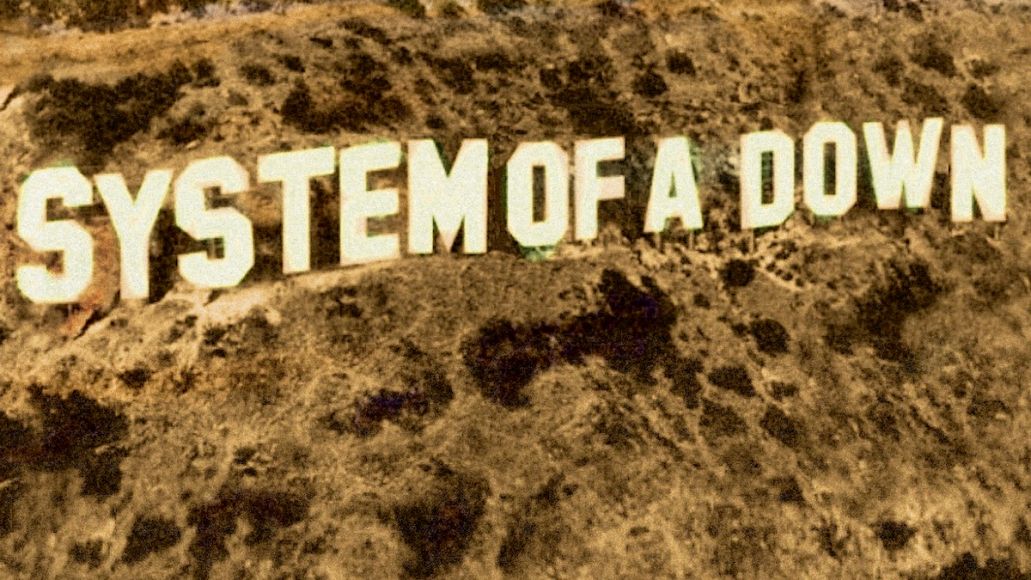