Our new music feature Origins gives artists the chance to share unique insights into their most recent release. Today, The Shivas talk about their latest single “Feels So Bad” and its accompanying music video.

Like all your favorite bands, any hope The Shivas had of playing shows during the past year and a half were promptly and ruthlessly crushed by COVID-19. So, the Portland, Oregon band coped with the grief the best way they know how: By putting it into song. “Feels So Bad,” The Shivas’ latest single off their forthcoming album Feels So Good // Feels So Bad is — simply put — a breakup song for the Before Times.

Though the psych-tinged guitar riff that drives “Feels So Bad” was written while The Shivas were still on the road, its lyrics didn’t fall into place until the band was well into lockdown, unsure of when they’d be able to return to their most imperative true love: Live shows. “This was a song about wanting to be able to go out and play music and not being able to,” guitarist/singer Jared Molyneux said in a statement. “It felt like becoming a different person not doing that, like a break-up that you did not want to happen. It was like getting dumped!”

“It felt like a kind of escape, where by singing and playing about it we could kind of cope with it. And that is the idea behind the music video. Sitting at home being bummed out and going and doing something about it. Making something happen. Some people might go skate, some might go down to the practice space, some to the art studio, wherever, it doesn’t really matter. This music video captures the emotional intensity of something that you love, the thing that gets you through all the rough patches, and helps move you forward each day.”

“Kristin told a story about how when she was a little kid she thought that all of the people and scenes in movies were contained in the VHS tape and that every time you put the tape in and hit play they would get up and do their thing. So that’s what we are doing in the video, Rocky is bummed and wants to listen to music and skate. So when she puts on her headphones and hits play we are there with her and we get through it together.”

Accordingly, “Feels So Bad” permeates with a sense of urgent desperation, building off a chugging prog-rock instrumental. “It’s bad for my health/ I want you and nothing else,” Molyneux croons, a line that’s only increased in relevancy since March 2020.

The “Feels So Bad” video was shot and edited by The Shivas’ close friend, Omar Cervantes. They filmed the clip inside Desert Island Studios, and it also includes outdoor shots by the Portland Cement Building under the Hawthorne Bridge, where the band recorded the album. Watch it below, then read on for Molyneux’s breakdown of the Origins for the song.

Feels So Good // Feels So Bad is out on Friday, September 24th via Tender Loving Empire. Pre-orders are ongoing via Bandcamp.

Kristin says “You can’t beat that beat,” and she’s right. Can’t beat that guitar lick, either, for that matter. This has been a classic since day one, but as is the case with anything timeless, as you get older and continue to revisit it, you continue to find new layers and new reasons why it is the coolest thing ever. Every time I come back to this one I love it more, and this new song (“Feels So Bad”) always reminded me of it a bit, which always made me feel good.

So much of what we have been listening to for the last decade and a half is vocal group stuff. And a lot of this has had an explicitly huge impact on the way we do things. Mentioning Dezurik Sisters here [not only] because they are never talked about enough, but also because they made some of the most interesting and out-there music of their time.

This section could also have been dedicated to so many others from long ago — Everly Brothers, Louvin Brothers, the Byrds, so much of Motown — or more recently to La Luz, Cool Ghouls, Raveonettes, and too many others to mention. The group harmony and the dynamic that it gives the song has always been foundational for us, and to see how others use it and continue to innovate with it is always inspirational.

They make some of the best tools we have to filter and amplify our sonic landscape (used all over this song and album). DBA equipment is very excessive at times in the amount of dirt, grit, and volume it pumps out. To me it seems almost impossible to tame at times, but if you shape and shift things around you can end up with a whole world of tones that are impossible to create without them. Definitely some of the most creative and influential guitar and music effects available. Don’t know what I’d do without them.

While we were recording this album (summer of 2020) every branch of government from federal down to local had set up in Portland and were assaulting the people of the city every night. It definitely weighed heavily on the minds of a lot of people here, and honestly it changed the way a lot of people view the government. We recorded this album in a studio that was just across the river from where a lot of the protests were happening, and anytime that summer that we were there til around dark you would start to hear a lot of terrifying noises floating on the breeze out of downtown. 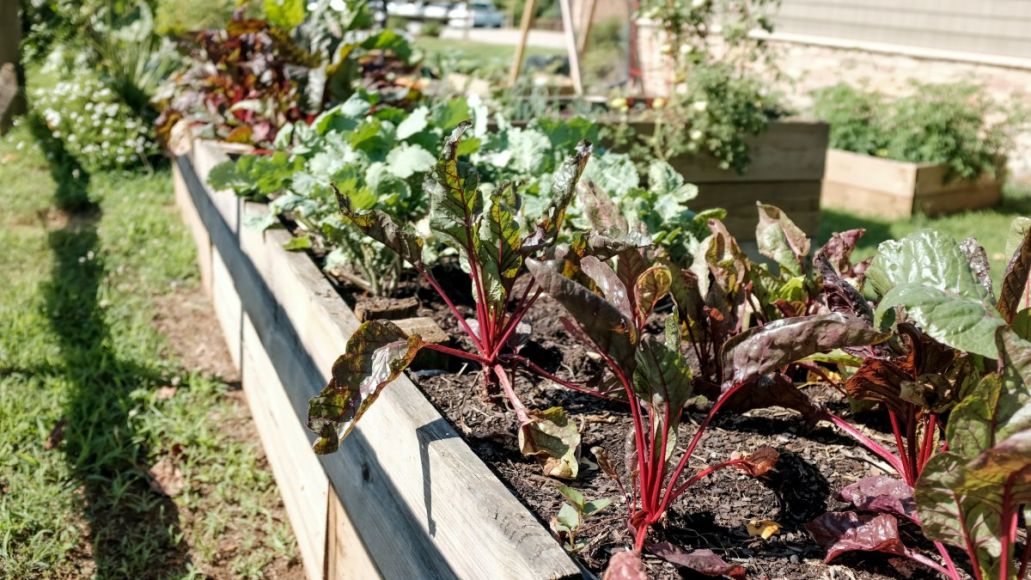 Photo by Jonathan Hanna via Unsplash

Our lifestyle has changed and slowed down during the past 18 months (just like most everyone else). Things are different, just having the time to tend to things that before were customarily brushed aside as we frantically prepared for tour after tour. Having always seen ourselves as a “live band” we made an effort to be out and about just about as much as was possible. This aspect of our lives being forcibly shut down for about a year and a half has forced us to grow in other directions artistically as well as personally.

It shifted our attention to the studio and resulted in this new album and the one that will come after, which we are currently finishing up writing. It also shifted our personal attention in different directions, some people started gardens, some people quit drinking, everyone’s been cooking… It has been a wild and at times very difficult last couple of years, but we have become versions of ourselves that would have never existed otherwise, and I think that’s pretty cool.

The Shivas Share the Origins of Psych-Rock Jam "Feels So Bad": Exclusive