In case you missed it, yesterday The Wrens revealed that, no, they didn’t have an album on the way as many fans had hoped for. However, today we’re getting the details on the next best (?) thing: a solo record by the band’s own bassist/vocalist Kevin Whelan. He just announced he’s taking up the moniker Aeon Station to release his debut full-length. It’s called Observatory and it’s due out December 10th via Sub Pop.

Observatory spans 10 tracks in total, and word is it isn’t just Whelan you will hear across the album. As he teased in an interview on Monday, this new LP includes five songs he originally wrote for The Wrens’ follow-up to The Meadowlands and a handful of tracks feature Greg, Whelan’s brother and Wrens bandmate, as well as Jerry MacDonald, the band’s drummer. His wife Mary Ann provided backup vocals and Tom Beaujour also contributed to the record.

Our first preview of what to expect from Observatory comes in the form of “Queens,” the album’s lead single, which you can stream below. Wiry guitars open the song with Whelan’s distinct vocals before a rush of rhythm enters the frame, scooping that hook up and whisking it off like a car barreling down a racetrack. It’s got that distinct aughts indie rock sound and a gut punch of anthemic crescendos. Needless to say, it’s a heartening return to form from Whelan, even if it’s under the name Aeon Station instead of The Wrens.

You may notice frontman Charles Bissell is missing from that list of contributors. Well, it’s been 14 years since The Wrens’ last record, The Meadowlands, came out in 2003, and a lot has happened since then. In 2013, they signed a deal with Sub Pop Records and submitted a follow-up album, with plans to release it the following years. But vocalist/guitarist Bissell ultimately decided the songs were not finished and went back to work. Finally in 2019, Bissell declared the album was fit for release, but said the band first needed to work out some “internal band stuff.” Bissell wanted a new business arrangement that reflected the work he put into the music in addition to the band’s website he built and social media he managed.

Artists Reflect on 20 Years of The Strokes’ Is This It

Tired of waiting, Whelan decided to make this solo album with some of the material he had written for The Wrens’ next album. According to The New York Times, Whelan has not spoken to Bissell since informing him of his plans to release Observatory. In a separate interview with the publication, Bissell said he’s working under the assumption that The Wrens have broken up, and is now planning his own solo album containing his own Wrens material.

Despite all of that, it sounds like Whelan couldn’t be more pleased with his Aeon Station debut. “It’s the best I’ve done and may ever do frankly,” said Whelan in a press release. “It’s written over such a long period of my life. Music I did in the past was tinged with expectations or presumptions, but this time, it was just for me.”

Pre-orders for Observatory are currently ongoing over at Sub Pop’s website and independent retailers. Fans will be pleased to know there’s some special vinyl options available, like a vibrant blue pressing, in addition to the usual digital and CD releases. Check out the cover artwork and full tracklist for Observatory after the jump. 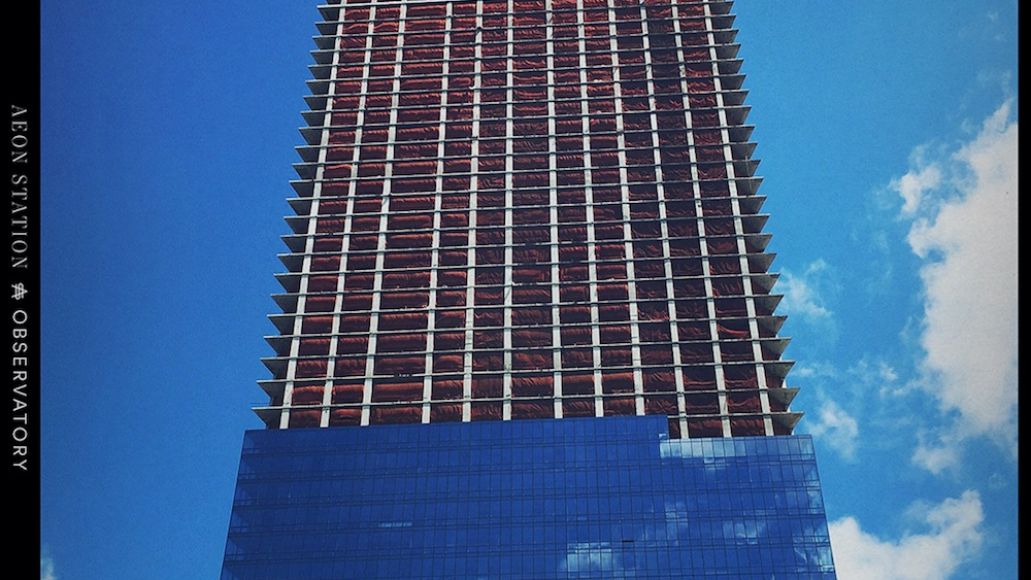