The Pitch: The Coen Brothers plus Shakespeare — whaddaya need, a roadmap? Actually, you might; or at least a program note to explain why The Tragedy of Macbeth has only one Coen on hand. It’s not a retro affectation that Joel Coen is taking sole director credit, as he used to on the joint Coen projects (until 2004’s The Ladykillers, Joel took “director” and Ethan handled “producer,” even though they were always really doing both).

Ethan is taking a break from making movies, while Joel has mounted a black-and-white version of Shakespeare’s famous (and fleetest?) tragedy, with Denzel Washington as Lord Macbeth, who becomes convinced he must take bloody action to fulfill his destiny and become king of Scotland, and Frances McDormand as the ambitious Lady Macbeth.

Toil and Trouble: Coen’s past movies have evinced a clear love of language, which makes him both a fitting interpreter of Shakespeare and a little counterintuitive, too — after all, there isn’t much room for those particular and mellifluous Coen phrasings while remaining faithful to the Bard’s original text, as this adaptation does. (Per Coen himself, a few soliloquies have been reshaped into dialogue scenes, but as McDormand mentioned at the New York Film Festival press conference, tinkering with Shakespeare is often a matter of punctuation, not rewording.)

Visually speaking, though, Coen’s version of Macbeth is a canny, fascinating hybrid of a theatrical sensibility and a cinematic translation, shot in ghostly monochrome. The film is stagy in the sense that it was made on an old-fashioned soundstage, with an intentional sense of artifice. Yet it moves beyond the proscenium early and often, casting noir-ish darkness over the already-dark material. When Lord and Lady Macbeth plot in the shadows to murder King Duncan, they’re plotting in literal shadows. 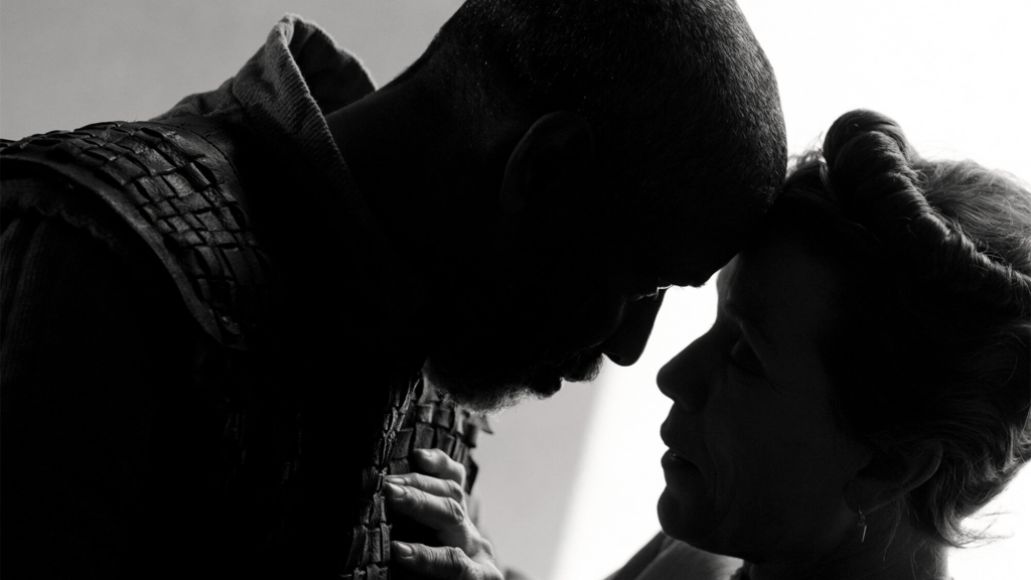 The Tragedy of Macbeth (A24)

Sound and Fury, Signifying Plenty: Coen and his production designers use stripped-down sets and what Coen has referred to as the “instant abstraction” of black-and-white photography to give The Tragedy of Macbeth a dreamlike, haunted sensibility — beyond even a particularly witchy set of witches (really one witch in contorted triplicate).

More than once, a dissolve will bleed the settings into each other even more (at one point, a piece of canvas becomes castle walls miles away), like the whole thing is taking place in a stage set that has somehow overgrown into an impossible maze. The sound design, too, blurs the lines of reality: Droplets falling into a puddle echo with the same volume as clopping footsteps.

The Sticking Place: Sometimes, the chilliness that some have mischaracterized as endemic to the Coens’ past work wafts through here with a genuine shiver. There are times when The Tragedy of Macbeth feels like an efficient, beautifully realized exercise, and a single scene from Coen regular Stephen Root might make some viewers long for a few more unexpected, maybe even inappropriate comic notes.

But ultimately this feels like a churlish complaint about a movie that, in addition to its striking visual scheme, offers the titans Denzel Washington and Frances McDormand as Lord and Lady Macbeth, putting their own spin on these doomed, grasping characters.

Washington summons great inner fire without ever burning into overacting; there’s a weariness to his Macbeth that fits the interpretation he and McDormand (also a producer on the project) have agreed upon. These are older versions of the Macbeths, taking their final, bloody, desperate shot at glory. Coen’s movie is almost too concise for those thematic notes to linger; it has the anti-indulgent ruthlessness of a thriller, with occasional clouds of dreamy fog. 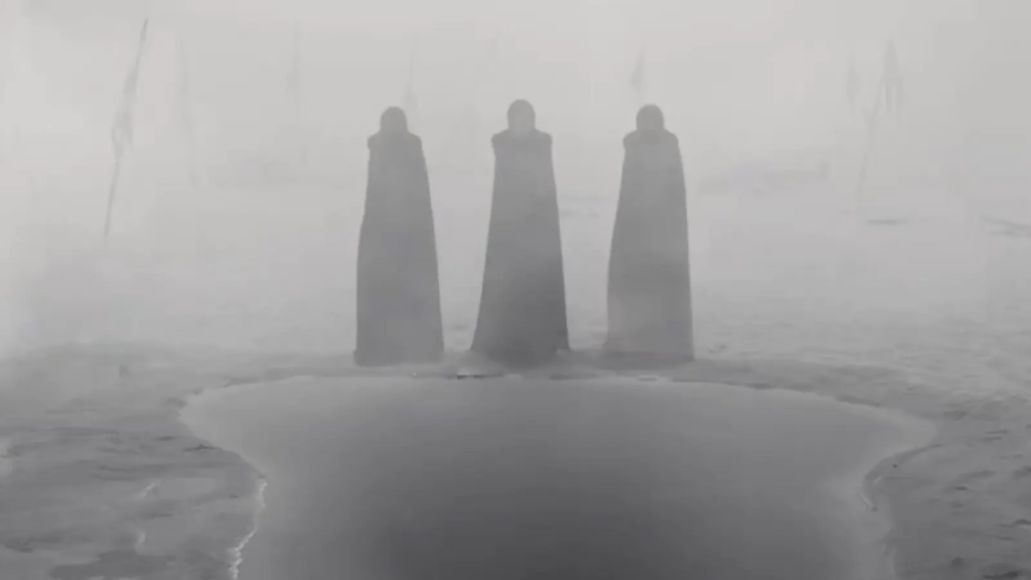 The Tragedy of Macbeth (A24)

The Verdict: Will this be a future curiosity/sidebar in the story of the Coen Brothers, or is it a fresh start representing a whole new solo career? Right now, it’s hard to say — but it’s also easy enough to simply describe it as a terrific addition to the on-screen Shakespeare canon.

Where’s It Playing? The Tragedy of Macbeth opened the New York Film Festival on September 24th, and will receive a limited theatrical release on December 25th before streaming on Apple TV+ starting January 14th, 2022.