The Pitch: Eddie Brock (Tom Hardy) has settled into a nice little life with his latest roommate, the carnivorous alien symbiote known as Venom (also Hardy). Venom heals Eddie’s body and kills bad guys (and helps him get his career as an investigative journalist back on track), and Eddie lets Venom live in the only body he can merge with for the long term.

But there’s trouble in paradise: Venom feels suffocated by Eddie’s rules about not eating human brains (the horror!), and Eddie is heartbroken after finding out his ex Anne (Michelle Williams) is now engaged to her nice doctor boyfriend Dan (Reid Scott). Not only that, it turns out that Brock’s latest investigative subject, creepy serial killer Cletus Kasady (Woody Harrelson), picked up a little symbiote DNA from Eddie during their last visit and is growing a mean, red alien of his own inside him. As the subtitle (and, I swear to God, an actual line of dialogue) implies, there’s gonna be… Carnage.

Just a Couple of Losers: 2018’s Venom was an exceedingly rare animal for modern superhero blockbusters: A vehicle for one of the few Marvel characters Sony still owns (and hasn’t been leased out to the MCU, a la Tom Holland’s Spider-Man), with the endearingly messy vibe of a late ’90s/early 2000s superhero flick. Sure, it didn’t all work (in fact, much of it didn’t), but there was a homespun, manic charm to Hardy’s exceedingly strange dual role.

Neutered as it was by a PG-13 rating, Hardy’s weird choices — his Daffy Duck New York accent, the sweating hyperactivity, eating a live lobster — really spiced up what was otherwise a pretty dull superhero origin story.

Luckily, Hardy, returning writer Kelly Marcel, and new director Andy Serkis (he of the mo-cap mastery behind Gollum, the Planet of the Apes films, and more) understood what worked about those chunks of Ruben Fleischer’s original, and refined it with Let There Be Carnage.

Eddie and Venom are basically an interstellar, body-horror bromance, two codependent dudes who live and bicker and trash their cramped San Francisco apartment together. The best scenes of the film have nothing to do with CG action or trying to save the world: instead, it’s Venom trying to talk Eddie through the news that Anne has moved on, or Eddie trying to convince Venom to eat one of the several chickens they have around the apartment rather than resorting to human brains. (Think I Love You, Man as directed by David Cronenberg.) 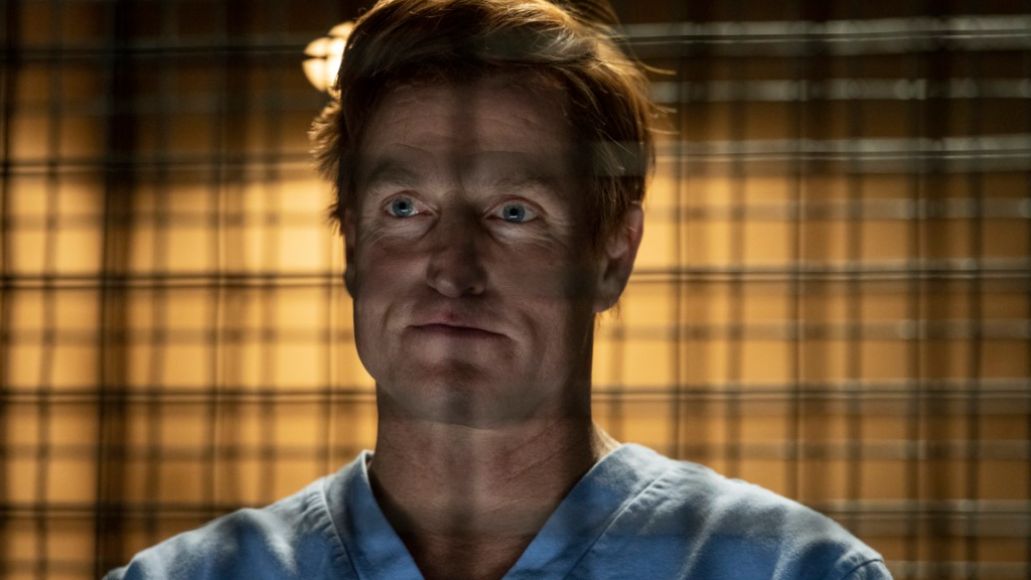 Venom 2: Let There Be Carnage (Sony)

It’s these scenes that really make Let There Be Carnage sing; Hardy remains one of our most intense, go-for-broke physical performers, and he doubles down on the teeth-gnashing, flop-sweated mayhem that is Eddie Brock’s life under Venom’s perverse puppetry. When the two bicker, it’s like watching The Apartment; when they come to (self-inflicted) blows, it feels like The Three Stooges. Apartments, churches, and (occasionally) people are torn apart with absurd ferocity; at least, as much as the series’ frustrating PG-13 cloud allows them to be.

Love Will Tear Us Apart: Of course, it wouldn’t be much of a superhero movie without a villain, and Woody Harrelson certainly does a lot with a little as Eddie’s psychopathic mirror image, Cletus Kasady. Now decked out with a bug-eyed stare and a (slightly) less horrifying ginger wig — guess someone managed to smuggle a hair straightener into his maximum-security cell — Harrelson’s having a ball as the kind of swaggering, give-no-fucks supervillain we know he can do in his sleep at this point. But there’s nothing about Kletus we haven’t seen in a million cliched serial killers before, crimson alien monster made out of blood aside, and no amount of Harrelson quirk can elevate something so thinly-drawn from the outset.

Like Eddie, he too pines for lost love, this time a superpowered screamer named Shriek (Naomie Harris) who was taken from him as a teenager and holed up in a secret facility for study. Naturally, they eventually get loose, and Harrelson gets a few precious moments to revisit the Bonnie and Clyde mayhem of Natural Born Killers, which is pretty fun.

The parallels between the pairs are made blisteringly obvious: Eddie and Venom work best together, whereas Kletus and Carnage are in constant conflict. (Plus, Carnage is jealous of Shriek, where Venom just wants the best for his buddy.) As a counterbalance to Eddie/Venom’s relationship troubles, they essentially work, but have a hard time holding up scenes by their own weight. 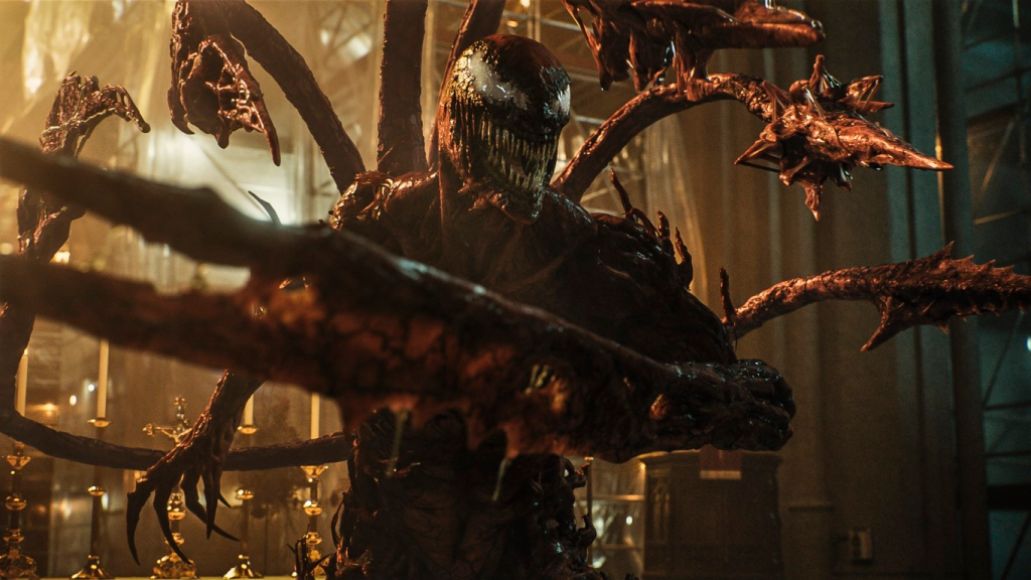 Venom 2: Let There Be Carnage (Sony)

Granted, for all the silly charm Serkis brings to the material, Let There Be Carnage still suffers from the doldrums of the superhero movie formula. It doesn’t help that the film still has the soupy, murky feel of the first, courtesy of another usually-great cinematographer, Robert Richardson (The Irishman), taking over for Matthew Libatique. Even Carnage, a terrifying creature from the comics with blood-red skin and covered in spiny tentacles, looks drab and unremarkable.

I know that these things inevitably require a CG-laden dustup with suitable amounts of, well, carnage to keep comic book nerds happy. But even at a brisk 90 minutes, I would have been happy with paring this thing down to a simple story of a boy and his symbiote learning to live and love together.

The Verdict: Much like Evil Dead II, Venom 2 takes what works about its shaggy predecessor, turns it up to 11 and gives it almost exclusive focus, and exponentially increases the silliness. And the results are deeply, charmingly dumb, especially the extended focus on the tete-a-tete between our tic-heavy underdog and his murderous companion. I wish there’d been more for Harrelson and Harris to do, and that Carnage as a character made more sense and didn’t just exist as this film’s CG heavy. But considering everything that came before, it’s a miracle that Serkis mined this much absurd, Raimi-esque energy from such drab origins.

(Oh, and uh, you’ll want to stick around for that post-credits scene.)

Venom 2: Let There Be Carnage Doubles Down on Its Superhero Bromance: Review