Our new music feature Origins gives artists the opportunity to take the listener behind-the-scenes of their most recent release. Today, We Are Scientists break down their latest single “You’ve Lost Your Shit.”

After three years without releasing a new album, beloved indie rock band We Are Scientists are finally preparing to drop their seventh album Huffy, due out Oct. 8th via 100% Records. Today (September 8th), the duo is premiering the album’s opening track “You’ve Lost Your Shit” exclusively on Consequence.

After a restrained opening of filtered guitars and toned-down drums, “You’ve Lost Your Shit” explodes into an infinitely danceable wall-of-sound, replete with raging riffs and larger-than-life percussion. And as you might surmise from its title, the song offers one of the catchiest choruses ever to be written around everyone’s favorite S-word.

“You’ve Lost Your Shit” was preceded by four more singles from the upcoming album: “Contact High,” “Fault Lines, “I Cut My Own Hair,” and “Handshake Agreement.” These five singles have started to stitch together a rich, euphoric sonic universe we can’t wait to hear more of.

Below, take a listen to “You’ve Lost Your Shit,” and learn about We Are Scientists’ inspirations for the song from the group’s Keith Murray. 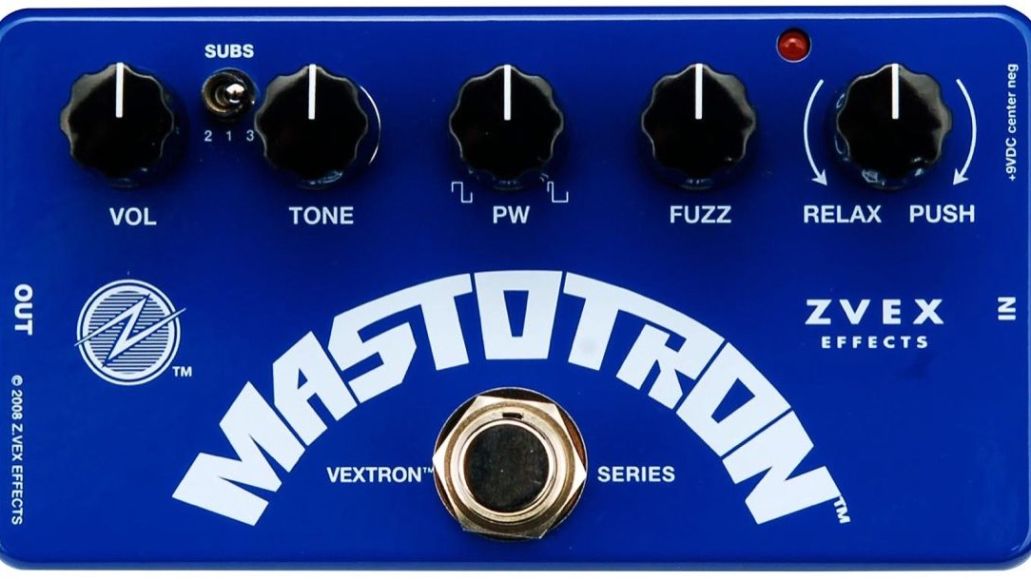 I’m a real sucker for fuzz pedals — the filthier the better. This little guy is among my favorites. When tweaked in just the right ways, it becomes a farty menace, a pinched nerve, a furious rat-king, a constricted bundle of fury. It’s like an especially mean squirrel trapped in a shopping bag, but if you plugged your guitar into it. This pedal is just kind of animal cruelty in a box, I guess — in this case, though, any suffering is inflicted only upon the audience. 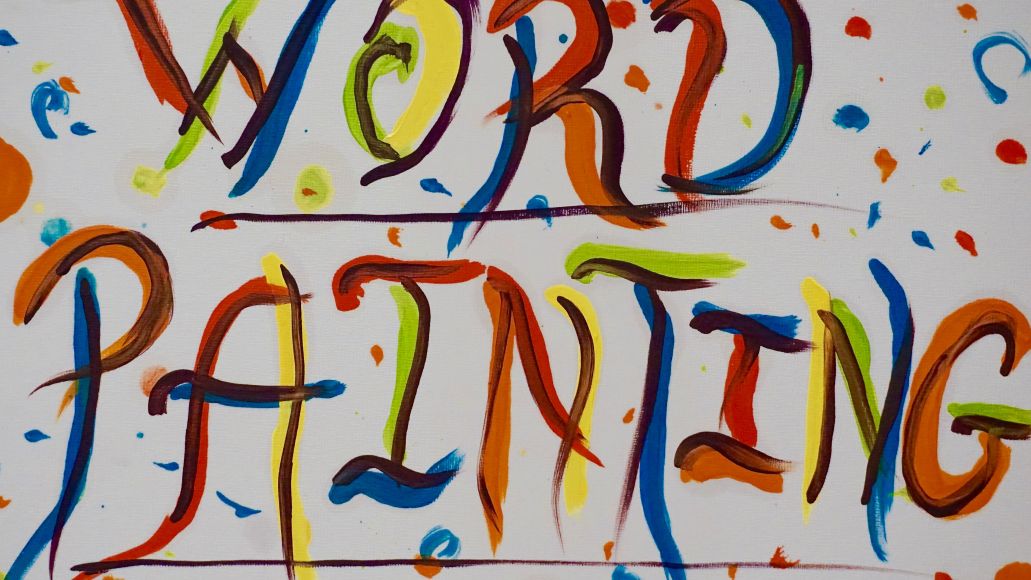 Word painting is just a corny name for that thing in some songs when what’s going on in the lyrics is reflected directly in the music itself. Like, in “Knock On Wood” by Eddie Floyd, where the snare drum actualizes the word “knock” by delivering a knocking-like quadruple hit. Or in Arctic Monkeys’ “Four Out Of Five,” when famous musicology nerd Alex Turner sings about “lift[ing] you up another semitone” as the song does just that.

It’s kind of a dorky thing to imagine sitting around trying to deliberately work into your songs, but the instance of word painting in “Your Shit” happened pretty organically — like, the writing of the lyric about shit being lost was more or less guided by the moment when the chorus explodes. “This goddamned song just lost its shit,” I may well have uttered, for the purposes of defending this idea to you, right now, in this essay.

Anyway, it’s kind of fun for me to imagine a real-world, third level of word painting occurring when we play this song live — the audience could conceivably lose its shit while the music experiences loss of shit and the lyrics discuss shit-losing. 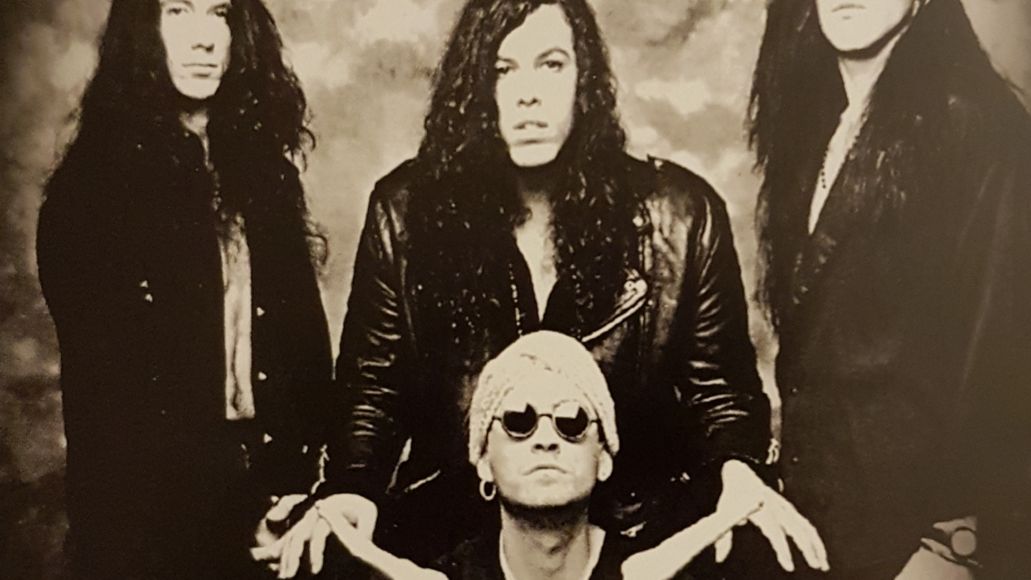 These guys were hometown heroes in 1990s Miami, occupying a hazy genre somewhere between the waning glam rock of the time and a more interesting Beatles-meets-hair-metal thing of their own. Their penchant for super-tight, evenly-mixed harmonies took a lot from early-era Beatles, when John and Paul would essentially deliver whole songs as dual lead singers, and it had a big impact on the way I think about harmony arrangement.

I’m always trying to get mixers, live or on record, to place our harmonies at the same volume as our lead vocal. They always refuse. Our favorite mixer Claudius Mittendorfer is an unfailing genius, and so I defer to him as a rule, but I personally could have heard the harmonies on the pre-chorus of “You’ve Lost Your Shit” jacked up juuuuuust a touch, in honor of John and Paul and Matt and Jason (the latter two are the singing guys from Saigon Kick; I’m assuming nobody reading this will have known that). 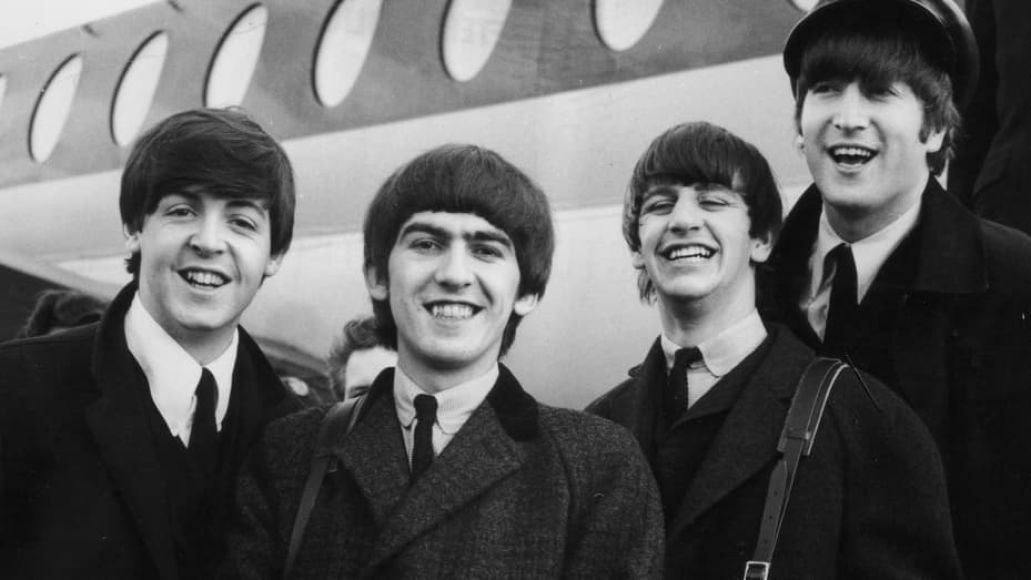 The Beatles, via Getty Images

Speaking of the Beatles, the descending prechorus bit on “You’ve Lost Your Shit” is just kind of a rip on “Dear Prudence.” Not in any litigiously-viable way, though, I assure you, so DON’T COME AT ME, RINGO!

We Are Scientists Share Origins of New Single "You've Lost Your Shit": Exclusive