Experimental indie rock icons Animal Collective have announced their first new studio album in over half a decade. It’s called Time Skiffs and it’s due out February 4th via Domino. Stream lead single “Prester John” alongside its music video below.

Time Skiffs is Animal Collective’s 11th full-length LP of their career, excluding live albums, film scores, and EPs. Their follow-up to 2016’s Painting With spans nine tracks in total, including “Prester John,” that were recorded by Avey Tare, Deakin, Geologist, and Panda Bear across the course of 2020. In other words, this is their pandemic album.

A press release compares Time Skiffs to fan-favorite Strawberry Jam and the “inchoate early days” of Animal Collective’s storied career, which is obviously high praise. “These nine songs are love letters, distress signals, en plein air observations, and relaxation hymns, the collected transmissions of four people who have grown into relationships and parenthood and adult worry. But they are rendered with Animal Collective’s singular sense of exploratory wonder, same as they ever were,” it reads.

As the lead single, “Prester John” is a worthy peek into the promises of Time Skiff’s throwback style. Created by weaving two songs together, one written by Avey Tare and the other by Panda Bear, “Prester John” is the type of stripped down song that technically sees each member playing a distinct part, but so gently that it feels like a wisp of comforting campfire smoke. If we didn’t know better, it could be mistaken for a Feels cut. The song’s accompanying music video, directed by Jason Lester, draws out those themes by positioning the band members in front of dreamy nature scenes while they perform the track.

Pre-orders for Time Skiffs are currently ongoing, including a limited edition 2xLP on starburst ruby and black vinyl that’s rather pretty. Check out the cover artwork and tracklist for it after the jump.

But wait, that’s not all! After dropping their album next year, Animal Collective will hit the road for a short US tour. Spanning 15 dates in total, the trek will see Animal Collective performing songs from Time Skiffs live in the Midwest and along the East Coast. Check out the complete list of tour dates below. Tickets go on sale this Friday, October 22nd through Ticketmaster. 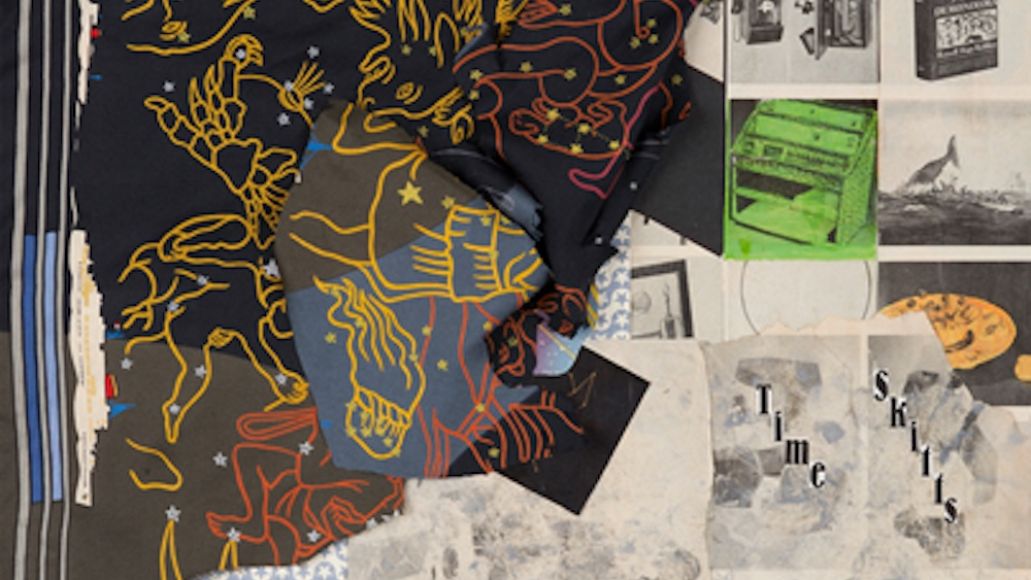