With the memory of Bonnaroo’s recent cancellation due to flooding from Hurricane Ida still lingering and predictions that more storms were coming, there was a veritable moment of fear that we were witnessing the doom of another fest. And to make matters worse, it would have nothing to do COVID-19 safety, which was handled masterfully (though vaccination and test results checks did cause annoying waits on Day 1) — why the cruel irony, Mother Nature? Why?!

Then, in a twist of good luck, the torrential downpours never returned, and feelings of anxiety quickly gave way to an overarching sense of gratitude. Everybody from attendees to artists to workers just seemed extremely happy to be there, so much so that had it still stormed, it’s doubtful that would’ve dampened the mood at all. That feeling generally doesn’t happen until Weekend 2, which draws more of the dedicated music fans to Austin’s sprawling Zilker Park than the celebrity, looky-loo types who want to say “I saw it first” at Weekend 1. 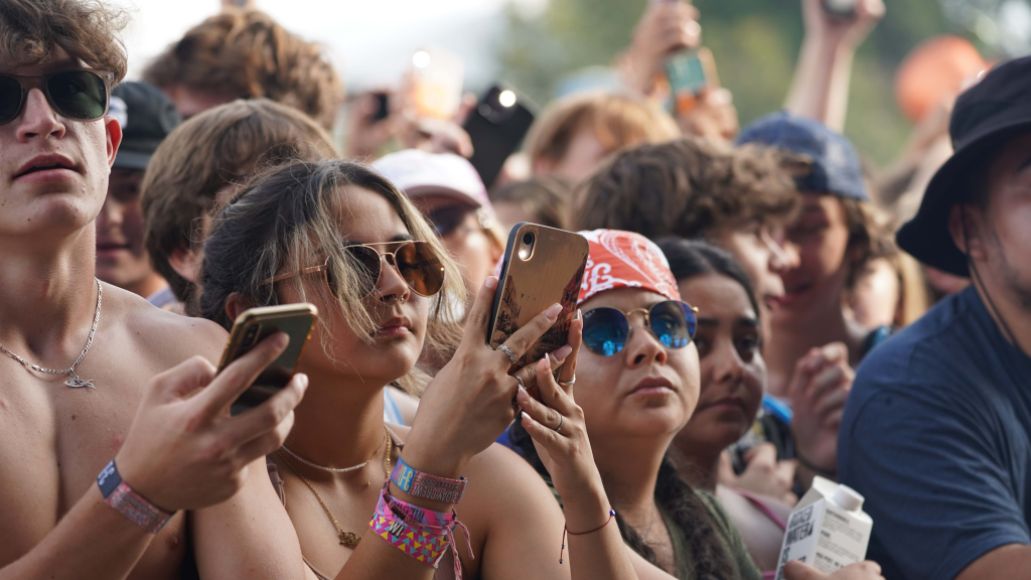 So maybe that’s how it will go down both weekends, and the majority of those soaking up stellar sets from the diverse ranks of Billie Eilish, Tyler the Creator, Miley Cyrus, George Strait and Duran Duran will be able to hold space for gratitude no matter what the elements throw at them. Whatever might happen moving forward doesn’t change the facts of Weekend 1: witnessing a fully functioning music festival again felt like a reaffirmation of humanity’s resilience, and nothing could get in the way of it.

Isn’t it amazing how live music en masse has that innate power to proliferate gratitude and empathy? Thank you, ACL Fest, for bringing that back to us.

Here’s our recap of how it all played out. Plus, see our full visual recaps with photo galleries from Day 1, Day 2 and Day 3.

After Friday’s buzzkill rain delays, Machine Gun Kelly’s set on the Honda stage was a much-needed shot of adrenaline. From the kickstart of “title track” through the finale of “bloody valentine,” the 31-year-old rapper/singer-songerwriter never stopped moving. During “nothing inside,” he jumped into the pit and — without throwing any punches — made his way to the sound booth and made a daring climb to the top of the spotlight tower to finish the song. 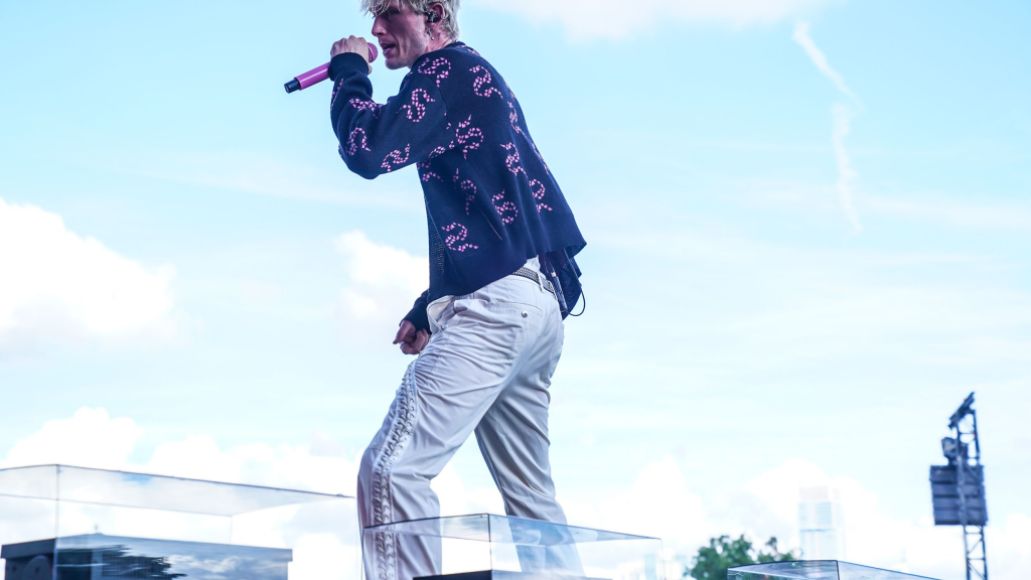 A couple of hours later, Austin breakouts Black Pumas lived that precise experience, delivering their ACL Fest debut to a massive audience across the field on the Lady Bird stage as golden hour graced the grounds.

Stalking the stage with boundless energy, frontman Eric Burton led the band through most of the group’s superb 2019 self-titled album, which garnered three Grammy nods over the past two years and elevated them to a level of popularity rivaling ATX mainstays Spoon and Gary Clark Jr. 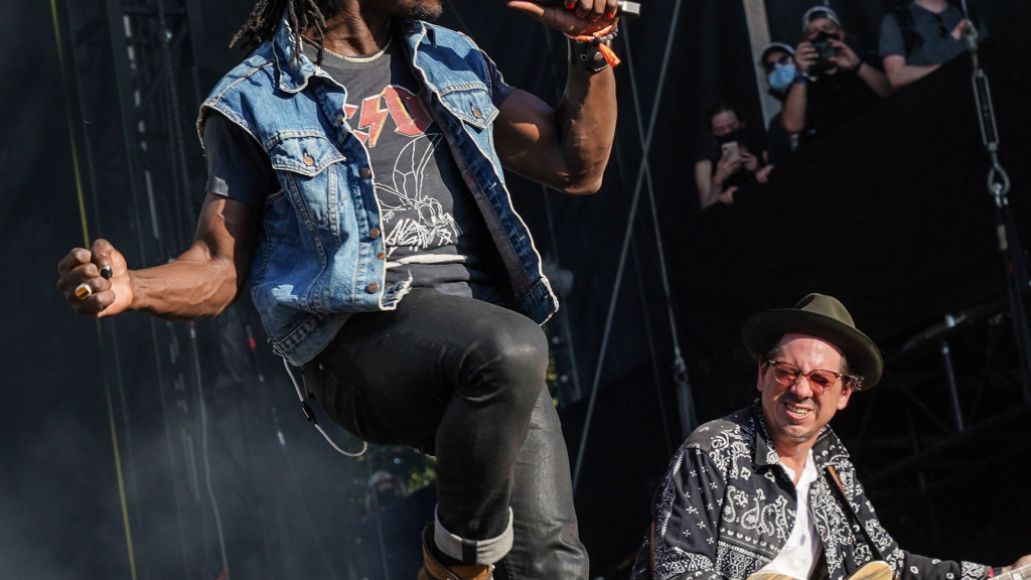 This show marked their return from the road, but the level of celebration shared among tens of thousands of fans made it much more than a homecoming. When Burton took the stage solo for his cover of Tracy Chapman’s “Fast Car” (a song he often busked on in Santa Monica before guitarist/producer Adrian Quesada plucked him for this project) and belted out the lyrics “I had a feeling I could be someone, be someone, be someone,” the full-circle sentiment peaked, imbuing closing hit “Colors” with an overwhelming sense of timelessness — it was a career-defining performance.

It’s hard to believe there were enough people at the fest to make Megan Thee Stallion’s set on the Honda stage feel just as packed as the Pumas opposite her. But if peer adoration is any measure of impact, Meg was maxed out — both Billie Eilish and Miley Cyrus were watching from the wings as the Houston-raised rapper blazed through hits “Hot Girl Summer” and Cardi B’s “WAP.”

After a few lucky audience members got pulled up to dance during “Do It on the Tip” and “Big Booty,” Miley couldn’t contain her own fandom and ran out for a quick twerk sesh, then dashed away just as quickly. But Megan handily reclaimed the moment as her own, taking aim at Texas lawmakers by asking everyone to raise their middle fingers and declaring, “It’s a big fuck you … to all these hoe-ass men trying to tell us what the fuck to do with our bodies.”

Miley Cyrus won over Austinites with rock and roll

During Friday night’s finale on the Honda stage, Miley Cyrus fully asserted her adult identity: a rock and roll queen no longer dependent on the success of her past as a pop princess or heir to a world-famous country star.

Bursting onto the stage in a diamond-studded red romper and matching knee-high boots, she exuded classiness over outrageousness and wasted no time paying tribute to her varied rock influences. Explosive opener “We Can’t Stop” was cut with elements of Pixies’ “Where is my Mind?” And “Plastic Hearts” transitioned into a true-to-form cover of Blondie’s “Heart of Glass.”

“We are here to celebrate every artist and every genre for who they are what they do for us … fucking bringing the people together,” she said, then offered candid vulnerability before launching into “Malibu”: “I got a lot of fear and anxiety from the last year … and there are certain scenarios and situations in our life that make you feel a lot of pain. But that’s what brings us together.”

She then drove home the idea of music’s time-and-space-transcending, universally healing power with back-to-back renditions of Mark Ronson’s “Nothing Breaks Like a Heart” and Janis Joplin’s “Maybe,” where her robust tenor rang out like Dolly Parton in her prime. For locals in the know, the latter cover likely hit harder than all-out-banger of a closer “Party in the U.S.A.” — Joplin began her career in Austin, and was instrumental in bridging racial gaps in the local music scene in the 1960s. Whether Miley realized that specific significance is unknown (the song is solidified in her tour set list), but it nevertheless made her performance and message of unity in the face of fear and pain that much more meaningful.