Band of Horses are gearing up to release their first album in over five years. Things Are Great, the rock band’s follow-up to 2016’s Why Are You OK, is due out January 21st, 2022 via BMG. As a preview, Band of Horses have shared the album’s lead single, “Crutch.”

Longtime Band of Horses fans will be pleased to hear that Things Are Great is billed as a return to form, leaning on the raw, poignant folk rock that shaped their earlier records. Additionally, it sees singer Ben Bridwell tackle much of the album’s production, alongside old collaborators including Grandaddy’s Jason Lytle, Dave Fridmann, and Dave Sardy. Most of the songs were written pre-COVID, although it promises to be a largely autobiographical look at life amid emotional upheaval.

“Crutch” is a pleasant, guitar-heavy jangle that feels both bittersweet and romantic: “I think like a lot of my songs, ‘Crutch’ starts with something from my real life,” singer Ben Bridwell explains in a statement. “Obviously ‘Crutch’ means some of the things that I was dependent on. My relationship for one. I think I wanted to say, ‘I’ve got a crush on you,’ and I thought it was funny how relationships also feel like crutches. I feel like everybody has had a time when nothing goes right and you still have to carry on. I think that feeling hits you in this song even if you don’t know what the specifics are.”

Pre-orders for Things Are Great are ongoing. Check out the tracklist and artwork and listen to “Crutch” below.

Things Are Great marks the first Band of Horses album since the departures of both guitarist Tyler Ramsey and bassist Bill Reynolds. Next week, the band will embark on a brief run of US tour dates (get tickets here). 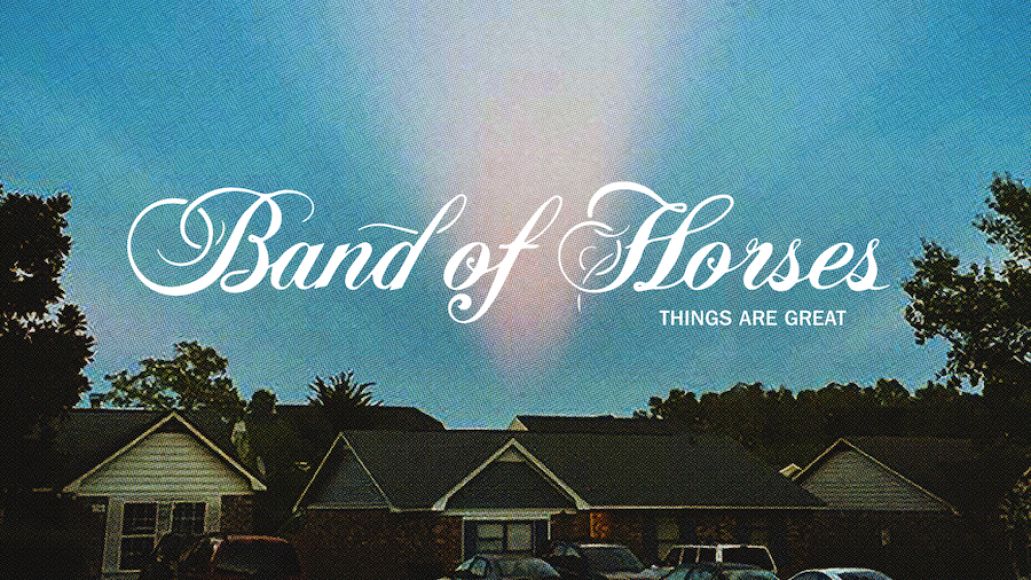