Editor’s Note: Make sure to check out Stanning BTS, our BTS podcast for ARMY from ARMY.

In June, BTS held Muster: SOWOOZO, an online concert celebrating their eight year anniversary as a group. More than 1.3 million (!) people around the globe purchased tickets and tuned in.

More recently, BTS announced their first in-person concert events in almost two years, currently their only shows of 2021. All four nights at Los Angeles’ SoFi Stadium sold out during pre-sale. For anyone counting, that’s nearly 300,000 seats swiped up… all before public onsale could even happen.

On the evening of Sunday, October 24th in Seoul (5:30am for this writer), BTS held their latest online extravaganza, entitled Permission to Dance On Stage. The show encompassed 25 songs and stretched more than two and a half hours — and, as with every show the septet has held sans live audience, the Bangtan Boys did not come to play.

Notably, V experienced a calf injury during the group’s dress rehearsal and was confined to a chair for almost the entirety of the performance. There’s an interesting phenomenon that occurs whenever BTS isn’t able to perform as seven: as with the recent months in late 2020 and early 2021 in which group member SUGA was on a hiatus to recover from shoulder surgery, the group didn’t shift their choreography in the absence of their missing member.

Instead, the remaining six left a placeholder for where V would have appeared and spent plenty of time making it known that they always, always prefer to be onstage as a whole. This mentality is a pretty concise portrait of how the group has operated throughout their career, and it’s certainly a contributing factor in their unusual longevity. (Making it to seven years in the K-pop world is a rarity; making it past eight, with more than a million people paying for a virtual show, is practically a miracle.) 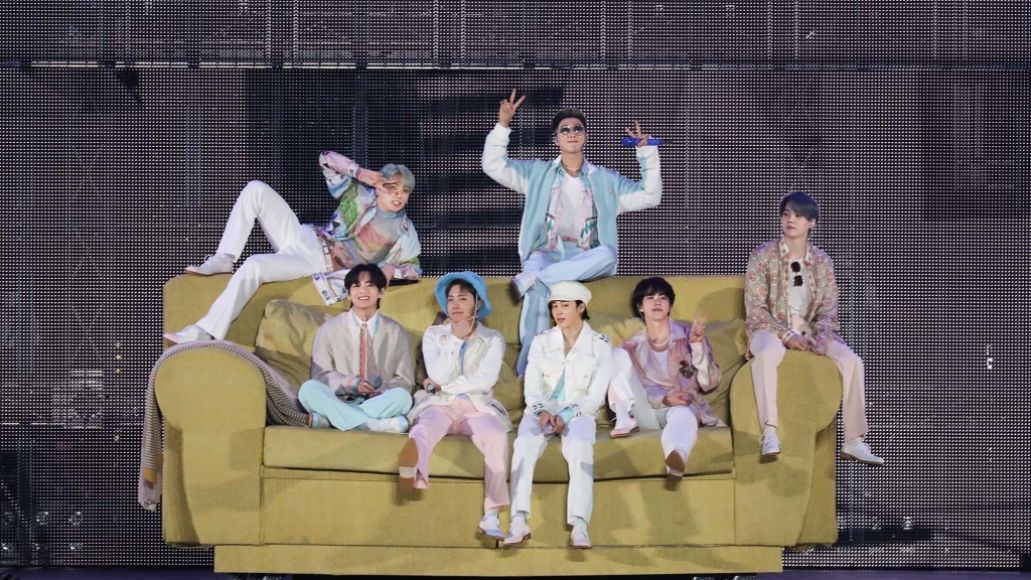 The setlist, too, reflected this focus on the collective — BTS’ massive discography features plenty of solo songs (tracks from just one member) and subunits (combinations of a few members of the group), but V made sure to mention that the set list was designed with only tracks that included all seven members. It remains to be seen how close this set list will fall to that of the upcoming Permission to Dance shows in November and December — but if this collection of songs is any indicator, those Los Angeles audiences will be in for a treat.

The show kicked off with “ON,” the lead single of the sprawling Map of the Soul: 7 album and the intended focal point for many of the group’s planned activities ahead of the pandemic. The set list pulled from almost every one of the group’s eras, reaching as far back as six years for treasured tracks.

A few questions: when will the “FIRE” remix that made its debut during this concert be released on streaming platforms? What about that neon technicolor live band version of “Boy With Luv?” Will BTS ever bestow some choreography for perfect track “Dis-ease” upon the masses? Does J-Hope have any bones at all, or can he just move like that? And, lastly, what does a fandom have to do to get a performance of “Louder Than Bombs?”

Jungkook, who remains committed to the Constantly Outdoing Himself agenda, seemed to be having a great time throughout the show, especially elated throughout “Stay” (a track he co-wrote) and the always-joyful “So What.” Jimin, the titular “Black Swan” himself, managed to breathe new life into a very special song the group has performed dozens of times before.

Meanwhile, young CEO/mafia consulate V didn’t let his relegation to an armchair stop him from commanding the stage. Instead, he used his velvet throne to his advantage, still shining on the very personal “Blue & Grey” and teasing his group members from afar periodically, asking, “Do you miss me?” with a cheeky grin. 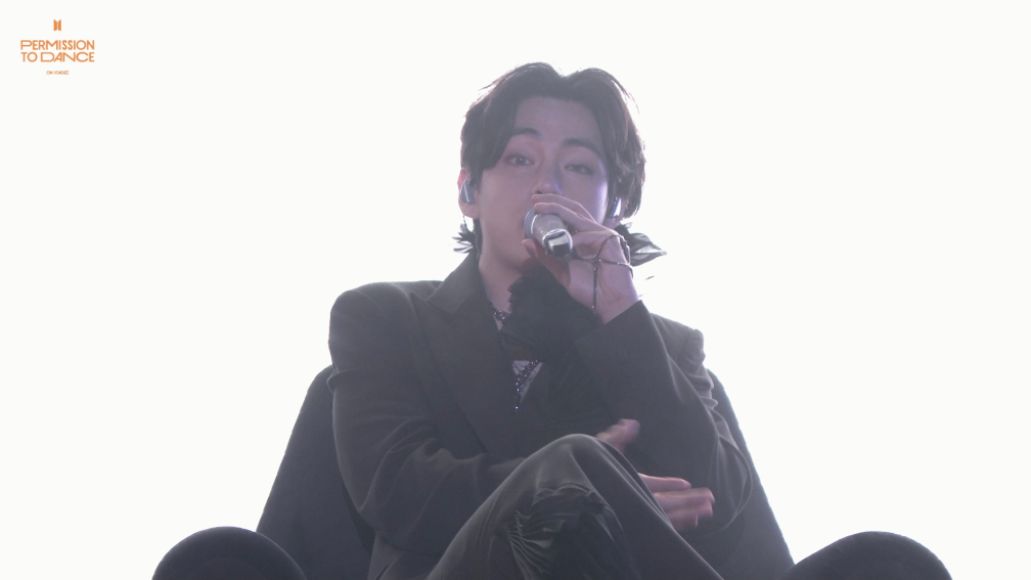 The show took off in the three-track run of “Airplane pt. 2,” “Silver Spoon,” (spicy!) and the aforementioned queen “Dis-ease.” Later, the group dusted off classics in the form of “I NEED U” and “Save Me” — and maybe if every 6:42 am included SUGA’s “Save Me” verse, the world would be a better place.

As any seasoned BTS concert attendee (virtual or otherwise) can confirm, the moment a member says they are approaching the last song is actually an indicator that at least 45 minutes remain in the show. This time around, the encore featured “EPILOGUE: Young Forever,” the perpetual “Spring Day,” and closing comments before the true finale of “Permission to Dance.” Another mystery: how does Jin retain such stable vocals after hours of dancing? Let’s circle back to that at a later date.

Over the past year, BTS has still not been able to put on a concert in front of fans — vaccine rollout continues in South Korea, and the members themselves were vaccinated before their recent trip to speak at the United Nations — but the possibility of a performance for a packed stadium is clearly top of mind.

In closing, RM confirmed as much, saying: “I’ve been feeling myself pushed to limits, trying to remember what I did, who I was… and although V had to sit out and you guys aren’t here, I realized I won’t need any motivation if I could just hold a concert.”

That vision of a packed concert with a real audience finally doesn’t feel so far away.