Coldplay have released Music of the Spheres, their new album and ninth studio full-length to date. Stream it below via Apple Music and Spotify.

Music of the Spheres was produced by Max Martin, the Swedish mega-producer responsible for countless No. 1 hits, and follows Coldplay’s 2019 full-length Everyday Life. It unabashedly leans into today’s pop radio style, which means there’s funky percussion, disco-esque beats, and the soft delivery of R&B production. Dispersed throughout are cold, twinkly, electronic notes meant to imitate the computerized sounds we associate with outer space.

The new album spans 12 tracks in total, including the alien-touting song “Higher Power,” the 10-minute-long single “Coloratura,” and their crossover collaboration with BTS called “My Universe.” Perhaps unsurprisingly, the latter is a fan favorite with the BTS ARMY, in part thanks to the song’s intergalactic music video and a special live rendition from Coldplay’s Global Citizen Live set.

Physical copies of Music of the Spheres are still available to pre-order, including multicolored vinyl pressings on recycled wax, at the band’s website. Check out the cover art and tracklist for those after the jump.

Coldplay will celebrate their new album live with an extensive stadium tour in 2022. It kicks off in March and extends on through September, including their first-ever concert in Costa Rica. Fans can expect to see Coldplay perform tracks from Music of the Spheres in addition to the rest of their catalog. Check out their complete list of tour dates and grab tickets to see them live over at Ticketmaster.

Music of the Spheres Artwork: 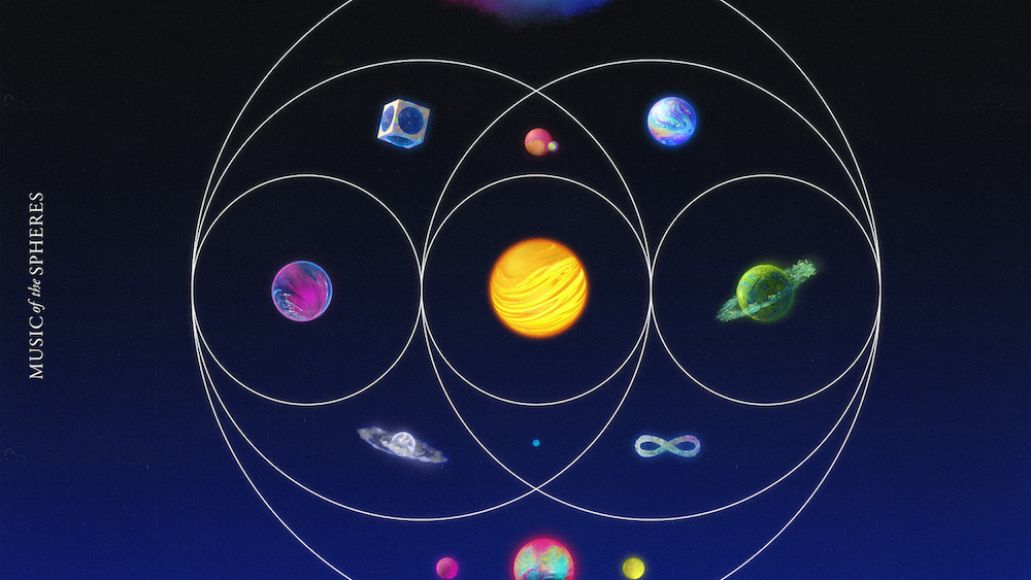