To close out 2021, Joe Wright’s adaptation of Cyrano lands in theaters on December 31st. Today, Decca Records has revealed the details behind the musical film’s soundtrack. Written and composed by brothers Bryce and Aaron Dessner, it is due out December 10th and features lyrics from a fellow member of The National, Matt Berninger, as well as composer Carin Besser.

The Cyrano soundtrack also features cast vocals from Peter Dinklage, Haley Bennett, Kelvin Harrison Jr., and Glen Hansard with music from The London Symphony Orchestra and renowned pianist Vikingur Ólafsson. The album will be released on CD, LP, and white vinyl. Pre-orders are ongoing, and you can check out the artwork below.

Cyrano is an adaptation of Erica Schmidt’s stage musical of the same name, which in turn is based on the 1897 Edmond Rostand play Cyrano de Bergerac. Dinklage (Game of Thrones) returns in his onstage role as the title character, with Bennett (The Magnificent Seven) reprising her character of Roxanne and Harrison Jr. (It Comes at Night) starring as Christian.

In the plot, Cyrano is deeply in love with Roxanne but assumes she would never love him back because of his physical appearance. When she confides in him that she is in love with Christian, Cyrano, an accomplished wordsmith, helps Christian woo her by writing letters for him to send to her.

The Dessner brothers aren’t novices to movie soundtracks. Back in 2016, they composed the score for a thriller named Transpecos.

All three members of The National involved with the soundtrack have kept busy as of late. This summer, Aaron Dessner reunited with Justin Vernon to release How Long Do You Think It’s Gonna Last, the latest album from their joint project Big Machine. Meanwhile, Bryce Dessner teamed with the Australian String Quartet in April for Impermanence/Disintegration, a full-length made in collaboration with the Sydney Dance Company.

As for Berninger, he shared a new song titled “Let It Be” earlier this year and guested on songs by Adia Victoria and Julia Stone. He also recorded his own version of “I’m Waiting For The Man” for a Velvet Underground covers compilation titled I’ll Be Your Mirror: A Tribute to The Velvet Underground & Nico. 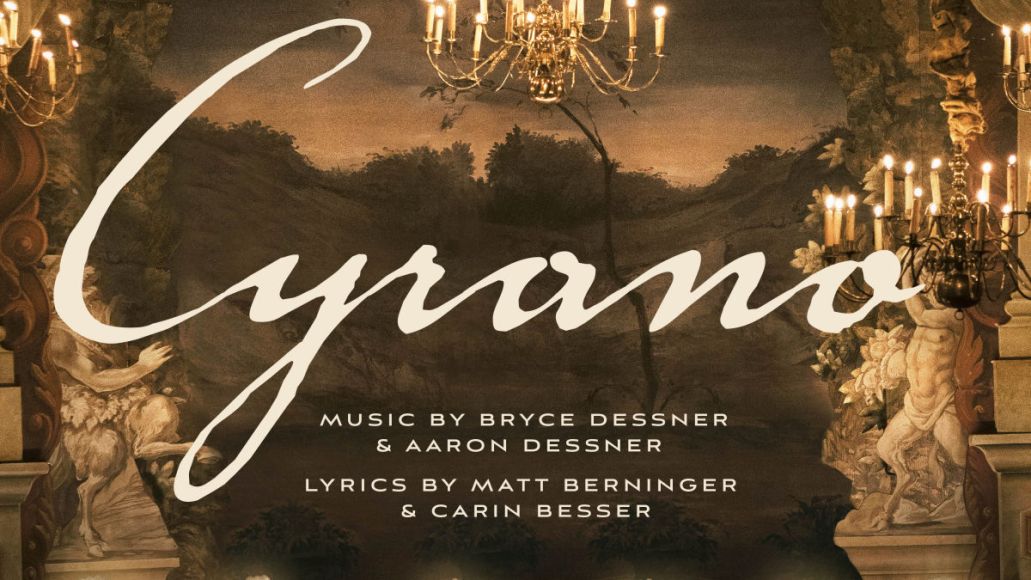