The Pitch: For millennia, intergalactic beings known as Eternals have defended humanity from the predatory Deviants. Once their mission is complete, however, they’re left stranded on Earth, living amongst humans through the ages as they watch our evolution while holding firm to their code of non-interference.

That is, until their ancient enemies return, signaling the emergence of an even graver threat. With their family separated across the globe, Eternals Sersi (Gemma Chan), Ikaris (Richard Madden), and Sprite (Lia McHugh) must bring the team back together to resume their purpose. This may not be the happy reunion they’d hoped for, though, as revelations about their own pasts may redirect their future — as well as our planet’s.

Sir, See the Potential: On paper, there’s a ton to be excited about with Eternals, Marvel’s first big-screen, terra-bound superhero team that isn’t Avengers. Fresh off her history-making Nomadland, filmmaker Chloé Zhao brings her poetic lens to capture a stellar cast in the most diverse comic book movie ever produced. The pedigree is as epic as the scale, with a story crossing centuries and a plot stretching to the very center of the actual Marvel Cinematic Universe.

A fair amount of that actually comes through on the screen. Zhao paints beautiful scenes in the movie’s intimate moments, the glare of a setting sun washing these super-powered beings in humane romance. When we’re able to take a breath and spend some quiet time with the Eternals, their family dynamics and desire to reconnect resonates. And if you’re able to pay attention, the story’s implications for the scope of the MCU are tantalizing.

Unfortunately, you have to sit through two-and-a-half hours of muddled motivations and facile exposition to experience any of this.

King Oh No: For the first time in 26 entries, a Marvel movie opens with a preamble crawl. The text spans thousands of years and countless galaxies. From the jump, there’s simply too much unknown context to ever establish a satisfying plot.

Perhaps afraid to ask audiences to sit through another multi-movie plot or feeling the pressure to “try something new,” Marvel slams what should be two stories into one. The back and forth between the Eternals’ centuries on Earth and their current predicament is meant to justify both the characters’ modern day situations and their incentive for rejoining the fight. But in having to lift all that while establishing 10 “main” heroes, the former end up as ill-defined interludes that relegate the latter to exposition dumps. Shang-Chi, this is not. 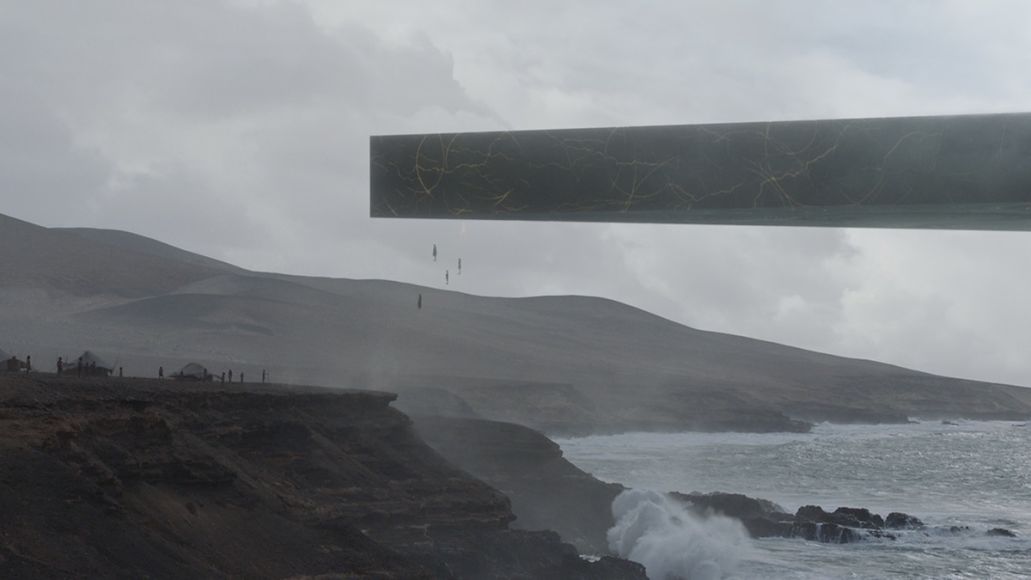 This is — and this is not said lightly — Marvel’s Justice League (the theatrical cut). Too many characters we don’t care enough about are banning together despite their differences to stop an extraterrestrial threat that’s already hidden on Earth. The main distinctions are that A) the Eternals themselves are E.T.s, and B) Zhao has a much more artistic eye than Zack Snyder.

Even that’s a double-edged sword, as Zhao’s instance on using real-world locations instead of green screen sets backfired more than it succeeded. Whereas there are some truly stunning shots, there are also bleak, boring forests and flat, uninteresting plains. There’s no reason those settings can’t work in a superhero blockbuster, but when the landscapes are populated with aliens in Power Rangers-colored armor firing off golden cosmic energy, the world ends up feeling flat.

The most breathtaking moment is actually the most CGI-laden one, when Sersi comes face to face with the Eternals’ space-god creator, Arishem the Celestial. It finally feels like the scope of the story we’re being fed matches the scenery, only to be wasted on a perfunctory point-and-explain exposition dump.

Icarus Flies into the Sun: A weak, overworked script is what brings all this on, at no fault of the actors, graphics teams, or director (ignoring that she co-wrote the screenplay). The secondary cast does their best with what little time they each have. Brian Tyree Henry steals every scene as the intelligent and charmingly resistant Phastos; not only is his tech-based power the film’s most visually cool, his connection to mankind through first his technological advancements and then his husband and son offers a fascinating foil for the Eternals’ entire arc. Like so many of the film’s bright spots, it’s given too little room to shine. 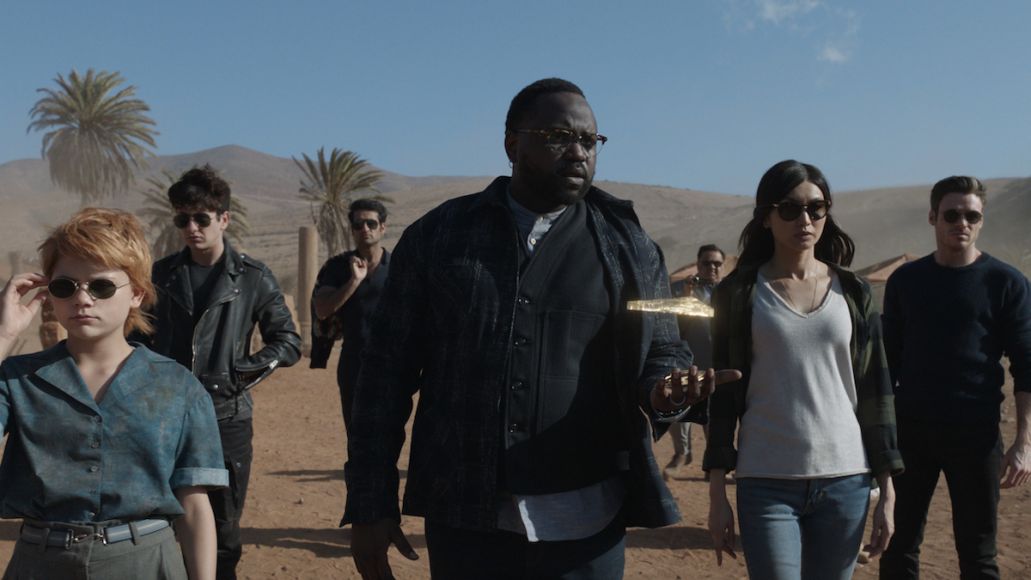 Kumail Nanjiani delivers largely appreciated comic relief as the finger-gunning Bollywood star Kingo, and Lauren Ridloff is incredibly intriguing even with no spoken dialogue as the deaf speedster Makkari. Barry Keoghan conveys as much richness as he can with mind master Druig’s minimal development, and Don Lee’s Gilgamesh blends brute strength with tenderness to endearing effect.

These are all B Eternals at best. The most star power comes from Salma Hayek as Ajak (a sheet of a character whose third act turn happens because the script says it does) and Angelina Jolie as Thena (a goddess of war whose Mahd Wy’ry brain degeneration becomes more action scene convenience than theme driver), both of whom have too little to do. The focus is squarely on Chan’s Sersi and Madden’s Ikaris, characters so wooden you wait for them to move the plot so other characters can get some screen time. Even when Ikaris finally does something interesting in the big finale windup, it’s too little, too late.

Then there’s Kit Harington as the human Dane Whitman, the most “he’s just here to set up the sequel in the post-credits” character the MCU has ever introduced. He has nothing to do in his three scenes (one of which is delivered via FaceTime), only present to convince audiences early on that everything is normal because hey, he just learned his girlfriend is an Eternal and watched her and her 12-year-old roommate battle an alien demon dog, and he’s just fine with all of that.

‘Ey Jack, Some Questions for Ya: What is the prime Deviant’s goal? MCU villains are notoriously flat, but the main antagonist here simply has no purpose. Why are the Deviants even on Earth, if we’re to buy the Celestial’s origin tale? Why does no one seem to care about a worldwide earthquake? Why was there only one? Why is Sersi okay with Ikaris “checking up on her” after being gone for centuries; was the Blip not worthy of a pop-in? How does Sersi explain Sprite to Dane? Why are all the Eternals so bemused by Sersi’s iPhone? Why hasn’t Makkari heard of an iPad? Why has Phastos “always wondered” something he learned about three days ago? Do the weird Superman and Batman references mean Spider-Man has seen Zack Snyder’s Justice League?

The Verdict: There are too many questions left in the yawning holes of exposition here to make a satisfying movie, let alone a fully fun Marvel flick. Zhao does what she does best, but it doesn’t work for this story. Why focus on the intimate relationships between 10 super-beings when the reasons behind their desire to save a race they’ve largely hid from for millennia is far more engrossing? Saved from bottom-of-the-pile MCU status by a handful of strong choices, plus final and post-credits scenes that — amazingly — line up a potentially exciting sequel, Eternals is a rare case of its parts not equalling a Marvelous sum.