It’s nearly impossible to exaggerate how quickly and widely Florence + the Machine rose to prominence at the end of the 2000s. Even before their debut LP — 2009’s Lungs — came out, the group had made their mark in the UK, having supported several big acts (such as MGMT, Blur, and Duran Duran). Around the same time, they appeared at major events like Glastonbury Festival 2008, Reading and Leeds Festival 2008, and Shockwaves NME Awards Tour 2009.

Those opportunities, coupled with coverage from BBC Introducing and a “Critics’ Choice” win at the 2009 Brit Awards, meant that mastermind Florence Welch and company were already surrounded by a ton of praise and pressure when they began working on their first collection.

Despite the fact that, as she revealed to Billboard in 2011, “huge amounts of media scrutiny” led to her repeatedly “lying, crying on the studio floor,” Lungs was a massive creative and commercial triumph. Its lusciously earnest and multi-stylistic poise rightly earned comparisons to fellow female musicians like Grace Slick, Kate Bush, Tori Amos, Björk, and PJ Harvey (though Welch herself cites “male singers” and local “garage punk bands” as her main influences).

It also sold quite well, reaching No. 1 on the UK Albums Chart and No. 14 on the Billboard 200, while numerous outlets — The A.V. Club, The Guardian, Entertainment Weekly, Spin, and of course, Consequence — celebrated it. Thus, the stage was set for the then-sextet to make an even bigger impression with Lungs’ successor. Thankfully, Ceremonials, released on October 28th, 2011, did just that.

Famously intended to be a “more dark [and] more heavy” venture that “sounded like a whole project rather than a scrapbook of ideas,” the LP is comparatively regal, somber, and unified. Whereas both Lungs and their third sequence — 2015’s How Big, How Blue, How Beautiful — are (to varying degrees) brighter and humbler declarations, Ceremonials is boldly confrontational, fearlessly confessional, and soulfully classical (which means that it’s less guitar-driven, too). Ten years later, it remains Welch’s most thoroughly assertive and tasteful statement, as well as an undeniably classic part of the modern baroque pop movement.

The record’s artwork and title alone showcase its grimmer and grander aesthetic. Originally, Welch wanted to call it Violence — one of her favorite words — due to how it represents humans’ ability to “feel things violently.” It’s also meant to evoke “the classical Shakespearean drama” and “pop and… pulp” of Baz Luhrmann’s Romeo + Juliet. Ultimately, however, she swapped the term for one that “got stuck in [her] head” after seeing a video art piece called “Ceremonials” several years prior.

That choice was further cemented by the realization that her newest material was “influenced by hymns and poems and sounds of church bells.” As for the look of the LP, and in contrast to the colorful and wild look of Lungs, Ceremonials’ cover, photographed by Tom Beard, conveys an appropriately Great Gatsby-esque air of chic yet subdued style reminiscent of the vintage American Jazz Age.

Although the group’s globe-trotting Lungs tour somewhat delayed the writing of Ceremonials, Welch admitted to Time that by the start of 2011, things were progressing quite swiftly and smoothly. “People say that making the second album is supposed to be more difficult. But nothing could have been harder than that first record. I had no idea what I was doing,” she professed. In fact, she was “pretty surprised at how prolific” the process was since she “wrote a song about every six months” during the making of her debut.

Having officially reached her mid-twenties by 2011, Welch decided to simultaneously scale back her youthful indulgences (partying, drinking, gallivanting, etc.) and double down on more mature and personal, but deeply relatable, explorations. Indeed, Ceremonials’ vast assortment of subject matter — ranging from personal quandaries regarding science, romance, death and adulthood, to a breathtaking nod to Virginia Woolf and Frieda Kahlo — is consistently presented with poetic agency and endearing wisdom. Naturally, part of the credit for that goes to co-writer and lead producer Paul Epworth, who returned from Lungs.

Fascinatingly, and at the behest of Island Records, Welch was initially considering collaborating with multiple producers in Los Angeles to potentially achieve more of a “proper American pop album.” Already feeling affection for R&B and rap — as well as artists like Lady Gaga and Katy Perry — she contemplated taking the label up on their offer, only to eventually conclude that doing so might result in a disingenuous detour from who she was becoming as an artist.

So, she instead chose to work with “one producer in one studio [Abbey Road Studios]” so that Ceremonials was as cohesive and focused as possible. (It’s worth noting, however, that several other people are credited as producing and/or engineering certain tracks. Also, additional recording took place at Epworth’s Wolf Tone studio in London, plus a few places in America.)

In a bizarre yet strangely effective move, Welch and Epworth purchased “matching headdresses” and “burnt a lot of candles” so that they could “get into a state of mind where it feels like you’re conducting a ritual.” To their credit, Ceremonials regularly finds her purging her interior demons and exterior doubts with a pious sense of saintly self-reflection, divine harmonies, and holy instrumentation. In other words, their methods may have worked more than they anticipated, which is a key reason for why the LP is so singular compared to the rest of the band’s catalog.

Welch may’ve felt at ease as she made the record, but when it came time to release and promote it, her penchant for self-doubt reared its ugly head once again. “I’ve been given such amazing opportunities. And it can feel like I’m definitely gonna manage to completely fuck it up… I’m more satisfied with this one than the last. But I’m still nervous about it,” she told The Guardian in Oct 2011.

While it’s always good to have perspective and humility, especially as a burgeoning artist, her anxieties were virtually all unfounded, because Ceremonials outshone Lungs in every respect. It debuted at No. 1 in the UK, Australia, New Zealand, and Ireland — with a slightly lower placement in America, at No. 6 — and was named one of the best albums of 2011 by Q, Time, PopMatters, and Rolling Stone. It was even nominated for two Grammy Awards (for Best Pop Vocal Album and Best Pop Duo/Group Performance for “Shake it Out”).

That popularity paved the way for several songs to show up in a few major movies and TV shows, including Game of Thrones, Revenge, Gossip Girl, The Vampire Diaries, and Beautiful Creatures. Likewise, the corresponding international tour saw Florence share the stage with Haim, The Head and the Heart, Beyoncé, Snow Patrol, and The Weeknd, among other heavy hitters. Florence + the Machine increased their television presence as well, with performances on important programs such as Good Morning America, The X Factor Australia, Later… with Jools Holland, and even Saturday Night Live.

Clearly, the LP’s magnificence was widely recognized when it came out, and today, it’s just as extraordinary. That’s mainly because of its unfaltering commitment to its charmingly reflective lyricism, delicate yet determined singing, and elegant chamber pop template (which Welch prioritized because she “really wanted to give the music space to breathe and for the band to be able to experiment”).

It wastes no time highlighting those attributes, either, as sophisticated opener “Only if for a Night” combines resonant piano chords, dazzling harp arpeggios, staccato strings, feisty rhythms, and affectionately empowered melodies to explore an encouraging late-night visit from Welch’s deceased grandmother. Backed by a lovely score, she sings with choral grace and dreamily dense arrangement, instantly showcasing how much the group has grown since Lungs.

By and large, Florence + the Machine follow that path for the rest of the sequence, as with the similarly anthemic “What the Water Gave Me” (which combines the aforementioned allusions to Woolf and Kahlo); the slightly more gospel “Never Let Me Go”; the hauntingly dramatic and rustic “Seven Devils”; the marginally more electric “Spectrum”; the faint folk/country rock acoustic strums of “Leave My Body”; and the admittedly controversial “No Light, No Light.” In these instances, the ensemble ensure that each piece has its own vibe while also adhering to the album’s central flavor.

Elsewhere, the band plays with convention a bit more. For example, lead single “Shake It Out” is an immensely catchy and celebratory treat about forgiving yourself and learning from past mistakes (“And it’s hard to dance/ With a devil on your back/ So shake him off/ Oh-woah”). Afterward, “Breaking Down” sees her “trying to be David Bowie” amidst capturing the progressive pop exuberance of The Dear Hunter and Pet Sounds-era Beach Boys.

Conversely, the R&B emphasis of “Lover to Lover” comes across like an unabashed tribute to contemporary Motown revivalists like Adele and the late Amy Winehouse, whereas “Heartlines” exudes tribal percussion and ethereal tapestries.

From start to finish, Ceremonials is a masterclass in baroque pop introspection and instrumentation. True, Welch and company have touched upon this sound on other records — “I’m Not Calling You A Liar,” “St. Jude,” and “Patricia” come to mind — but never as steadily or soberingly as here.

Welch has even acknowledged that How Big, How Blue, How Beautiful’s main objective (“trying to learn how to live, and how to love in the world rather than trying to escape from it”) was a counteractive response to the darker shades of its predecessor.

As such, Ceremonials still soars as a uniquely fascinating, imaginative, and poignant journey that few, if any, stylistic contemporaries can match. 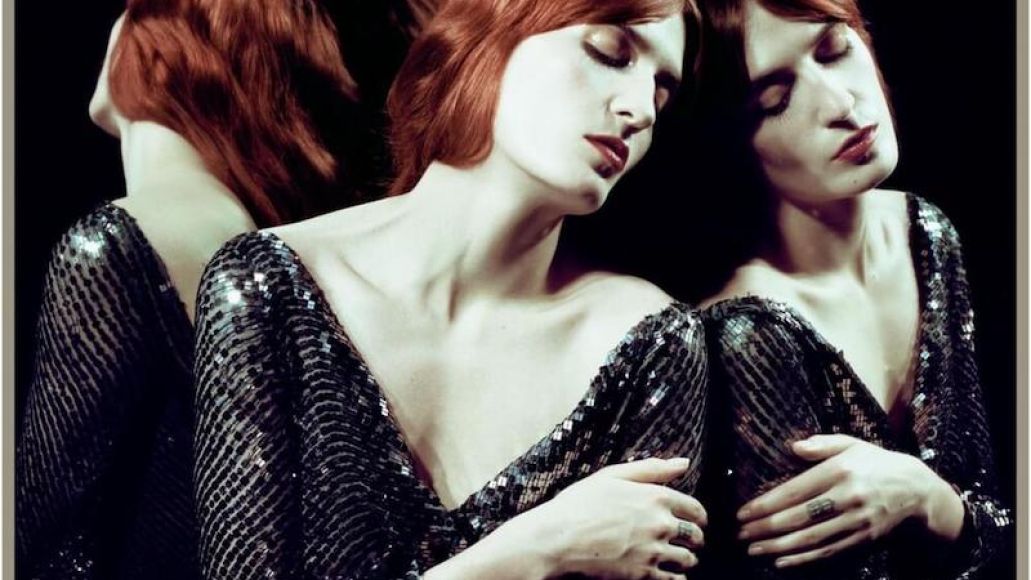