The War on Drugs makes big songs, meant for arena-scale rock reveries. In 2022, they’ll embark on a headlining tour at the biggest venues they’ve ever played (including Madison Square Garden), stepping onto stages that match the scope of their music. Yet the latest album from the six-piece led by Adam Granduciel, I Don’t Live Here Anymore, marks a turn towards directness and concision.

Don’t worry! If you like The War on Drugs’ previous work, chances are you’ll like I Don’t Live Here Anymore, out Friday, October 29th. The band’s fifth LP and their first since 2017’s Grammy-winning A Deeper Understanding still showcases the group’s texture-rich, somehow-original revisions of the most-winning aspects of mid-’80s commercial rock.

Each of the 10 tracks runs over four minutes, most hovering in the five-to-six-minute range, long enough to catch a groove. But for a band that invokes the revels, wallows, and tangents of psychedelia, an album clocking in under an hour is radio-edit minimalist.

This tightening-up is both intentional and determined by circumstances: While A Deeper Understanding was the result of extensive live recording sessions with the full band, this creative process was limited by time and distance. In 2019, Granduciel, 42, and his partner, actor Krysten Ritter, welcomed their first child — a son named Bruce, of course. Then the pandemic hit, and suddenly collaboration transformed from long, obsessive hours in a studio to exchanges over email.

While The War on Drugs sound is built for live performance, and on this record Granduciel was still composing for the stage (and big stages, at that), things had to change.

Time was short, the baby was sleeping, interior worlds simultaneously condensed and expanded — and you can feel those pressures in the songwriting of I Don’t Live Here Anymore. On certain songs, such as album opener “Living Proof,” the band doesn’t evoke its usual stadium influences so much as the thoughtful-dad Americana of Hiss Golden Messenger: circling strum patterns, a lonely piano, a far-off keen of pedal steel, and Granduciel’s gentle, nasal voice enunciating his worries at the center.

The War on Drugs Perform “Living Proof” on Colbert: Watch

“Old Skin” builds into a chiming mid-tempo anthem, but the launch-into-the-ether we expect of a War on Drugs song truly arrives — not with the organ-backed harmonica solo — but in the increased register and urgency of Granduciel’s voice.

This clarity and directness of Granduciel’s singing is the most distinctive shift on this album. On the band’s 2014 breakthrough, Lost in the Dream, the listener can only catch snatches of lyrics, Granduciel’s voice buried deep inside the instrumental whirlwind. The chorus of hit “Red Eyes,” after all, is just sounds, not words — and the most exhilarating singalong moment is in trying to nail Granduciel’s signature howling Whoo!

This time, the songwriter focused on legibility, and we can understand him, even as he returns to themes that have long been present in the band’s music: that moment of tension wavering on the precipice of change or stasis, that double-edged uncertainty of, “Anything could happen/ So is anything going to happen?”

Since Granduciel is focused on his abilities as a singer/songwriter, it makes sense that he might turn to Bob Dylan for inspiration. He often sounds like he’s doing his best Dylan impression — if Dylan fronted Dire Straits and indulged an appetite for shiny synth interludes. He quotes lines from Blood on the Tracks (“maybe I was born too late”) and reminisces about “dancing to ‘Desolation Row,’” but this isn’t a divorce album. Instead, Granduciel leans into the “dad rock” designation by writing explicitly about themes of fatherhood, linking hands with the past and future.

Speaking of paternal-rock influences: Listeners will still delight in how The War on Drugs can filter recognizable elements — the beats, the riffs, the spirit of artists like Tom Petty and the Heartbreakers, Born in the U.S.A. Springsteen, and even Bryan Adams — into something fresh and grand. The only time the sound bores is when it gets too close to pastiche of a single source; on this album it’s “I Don’t Wanna Wait.” I could tell my mom it’s a Phil Collins song, and she wouldn’t spot the difference.

The standout title track opens by quoting and paraphrasing Dylan’s “Shelter from the Storm”: A creature void of form/ Been so afraid of everything/ I need a chance to be reborn. The War on Drugs’ music has always been a broadcast from inside a Back to the Future-style lightning-storm.

On I Don’t Live Here Anymore, it’s still raining, but Granduciel has found a strong roof and an open window. As the chorus of the title track repeats the line, “We’re all just walking through this darkness on our own,” Granduciel’s voice is joined for the first time by other voices (courtesy of an appearance from Lucius), which creates a swelling tide that denies the bleak loneliness of the lyric. If we’re all walking through this darkness, perhaps the darkness is where we can find one another.

Catch The War on Drugs on tour; tickets are available via Ticketmaster. 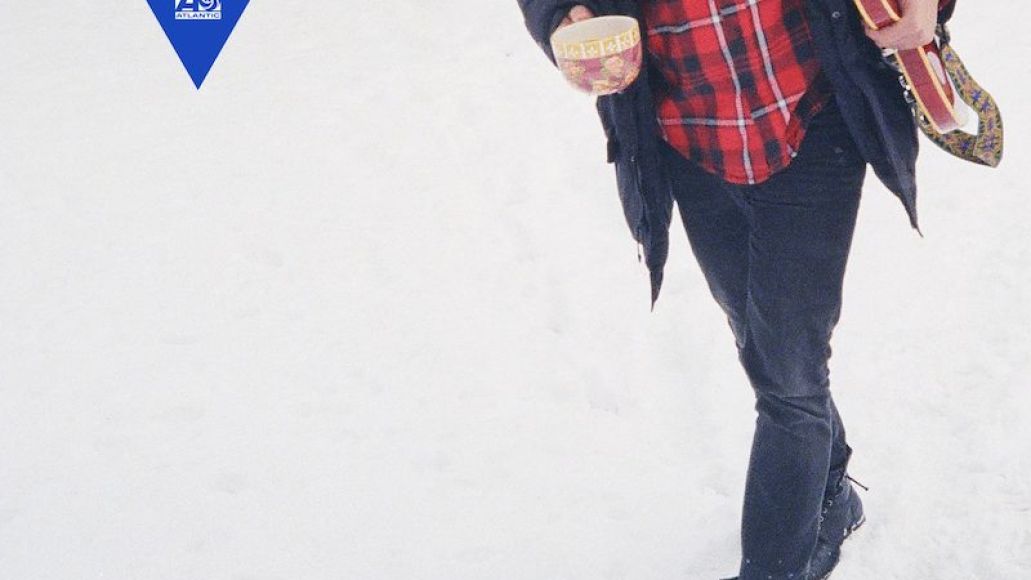