On an overcast day, Code Orange opened the festivities with a fiery eight-song set, including five tunes from their genre-defying 2020 album, Underneath.

The sociopolitical-minded Fever 333, who have established themselves as one of rock’s most dynamic live acts over the past few years, were up next. Singer Jason Aalon Butler threw himself all over the stage, as he jumped off monitors, attempted a skateboard trick, and broke said skateboard during the course of their explosive seven-song set.

Killswitch Engage had the dubious task of playing right before the mighty Slipknot, but displayed their veteran metal chops with authority. Singer Jesse Leach led the 14-song set with five cuts from their highly praised 2019 effort, Atonement, and a set-closing cover of Dio’s “Holy Diver.”

It was then time for the main attraction, the incomparable Slipknot, who kicked things off with “Unsainted” from 2019’s critically acclaimed We Are Not Your Kind. Singer Corey Taylor, sporting his new mask, called for unity among the crowd, at one point saying, “It doesn’t matter what you look like, we’re f**king family. The rock and metal family — we stick together.”

Slipknot’s 16-song set ended with an encore of three classics: “People = Shit,” “(sic),” and “Surfacing.” As the show came to a close, the band paid tribute to former drummer Joey Jordison, who tragically died earlier this year, and bassist Paul Gray, who passed away in 2010, as the video screen displayed their names, images, and the years of their lifespans.

For many in attendance, it was their first show since the COVID-19 pandemic brought the concert industry to a halt in March 2020. The four bands who took the stage at the PNC Bank Arts Center on Sunday night celebrated the power and camaraderie of heavy metal with thousands of their fans.

See our exclusive photos of Slipknot, Killswitch Engage, Fever 333, and Code Orange at the Holmdel stop of “Knotfest Roadshow” — as well as Slipknot’s setlist — below. Pick up tickets to the tour’s remaining shows here.

“Knotfest Roadshow” Gallery (click to enlarge and scroll through): 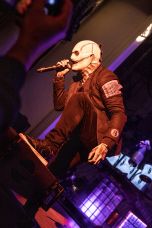 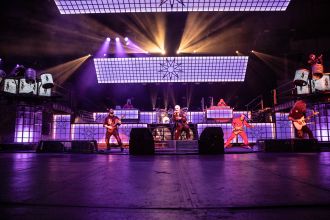 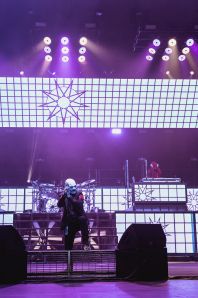 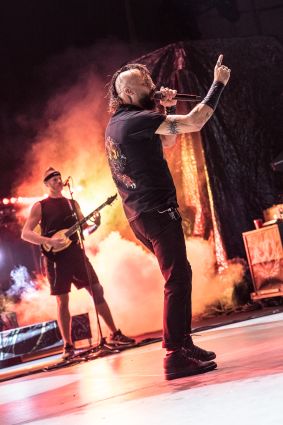 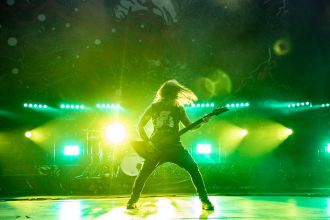 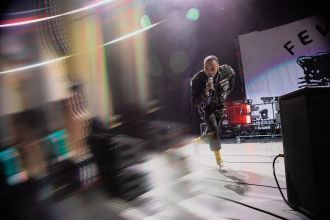 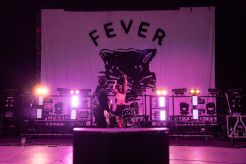 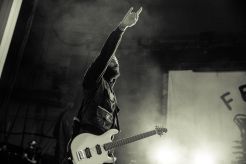 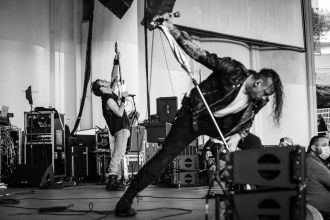 Slipknot Setlist:
Unsainted
Disasterpiece
Nero Forte
Before I Forget
The Heretic Anthem
Psychosocial
The Devil in I
Solway Firth
Wait and Bleed
Vermilion
All Out Life
Duality
Spit It Out